Written by
Sylvia Wu
On
September 1st, 2017
In
Teardowns

In honor of Force Friday, we teamed up with the engineers over at Sphero to bring you two exclusive teardowns of Sphero’s just-released-today Star Wars toys featuring R2-D2 and BB-9E, a brand new character featured in the upcoming movie.

As one of the most popular characters in the Star Wars universe, there’s certainly no shortage of R2-D2 products for fans and collectors: we’ve seen garbage bins, kitchen timers, bubble machines, and even this jet plane. R2-D2 toys range from static action figures to robots that drive and respond to vocal commands.

Sphero engineers, not satisfied with what’s already on the market, told us they wanted to make the most detailed and realistic R2-D2 toy ever — one that embodies all of the essential quirks we’ve come to know and love with this classic character.

For this teardown, we’re focusing in on 3 major features of interest:

2. Retracting third leg - just like in the movies, this R2-D2 has a third leg that fully retracts inside the body when he’s standing still and extends when he’s moving about.

3. Locomotion - Sphero’s R2-D2 moves in a very realistic fashion, driving along the ground in tripod mode and also waddling side to side when standing with two legs.

For our new readers, Fictiv is a manufacturing platform for part fabrication (including 3D printing and CNC machining) and our expertise is around the mechanical side of hardware development. For teardowns, we dig into the mechanical systems and leave the electrical analysis to our EE friends. 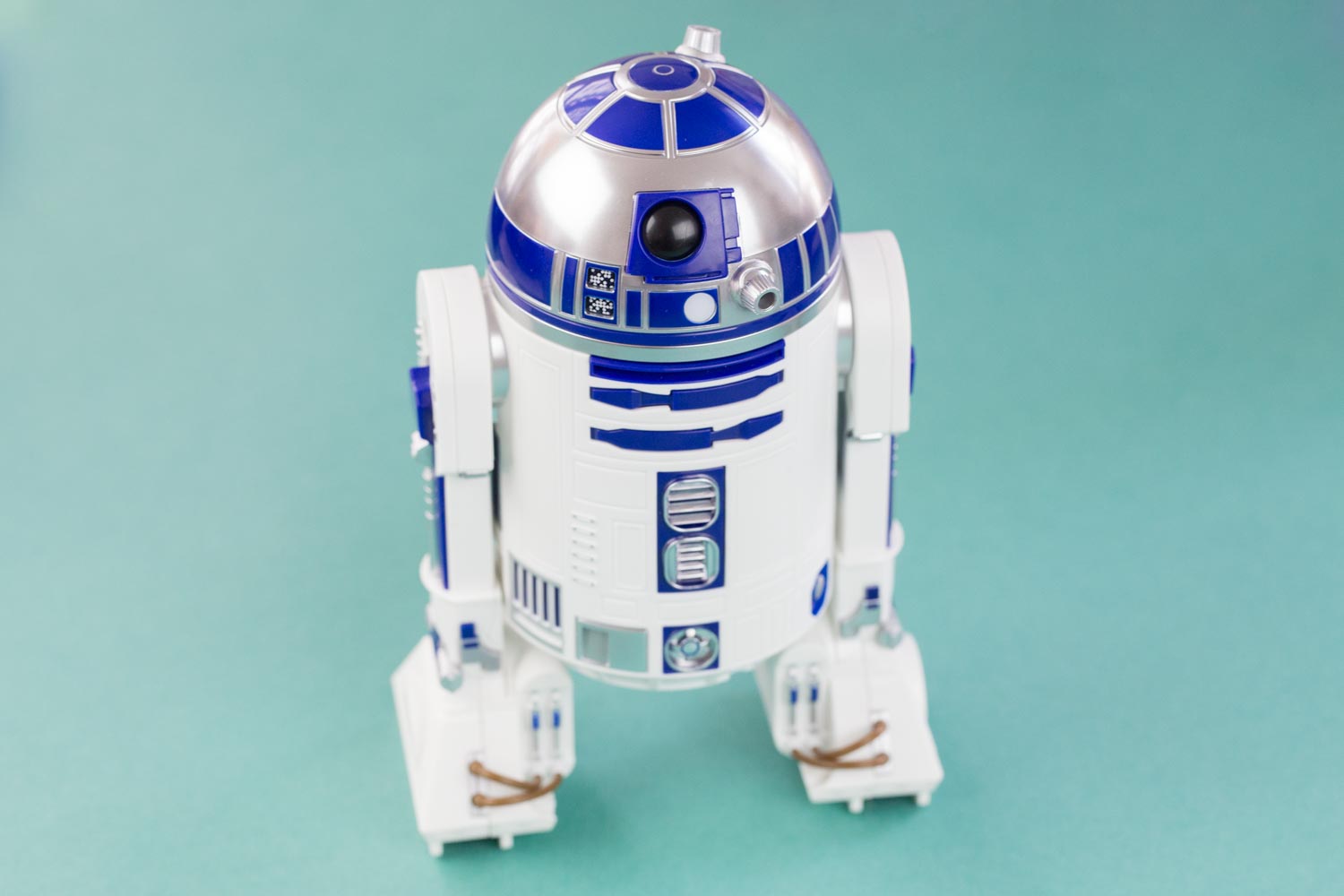 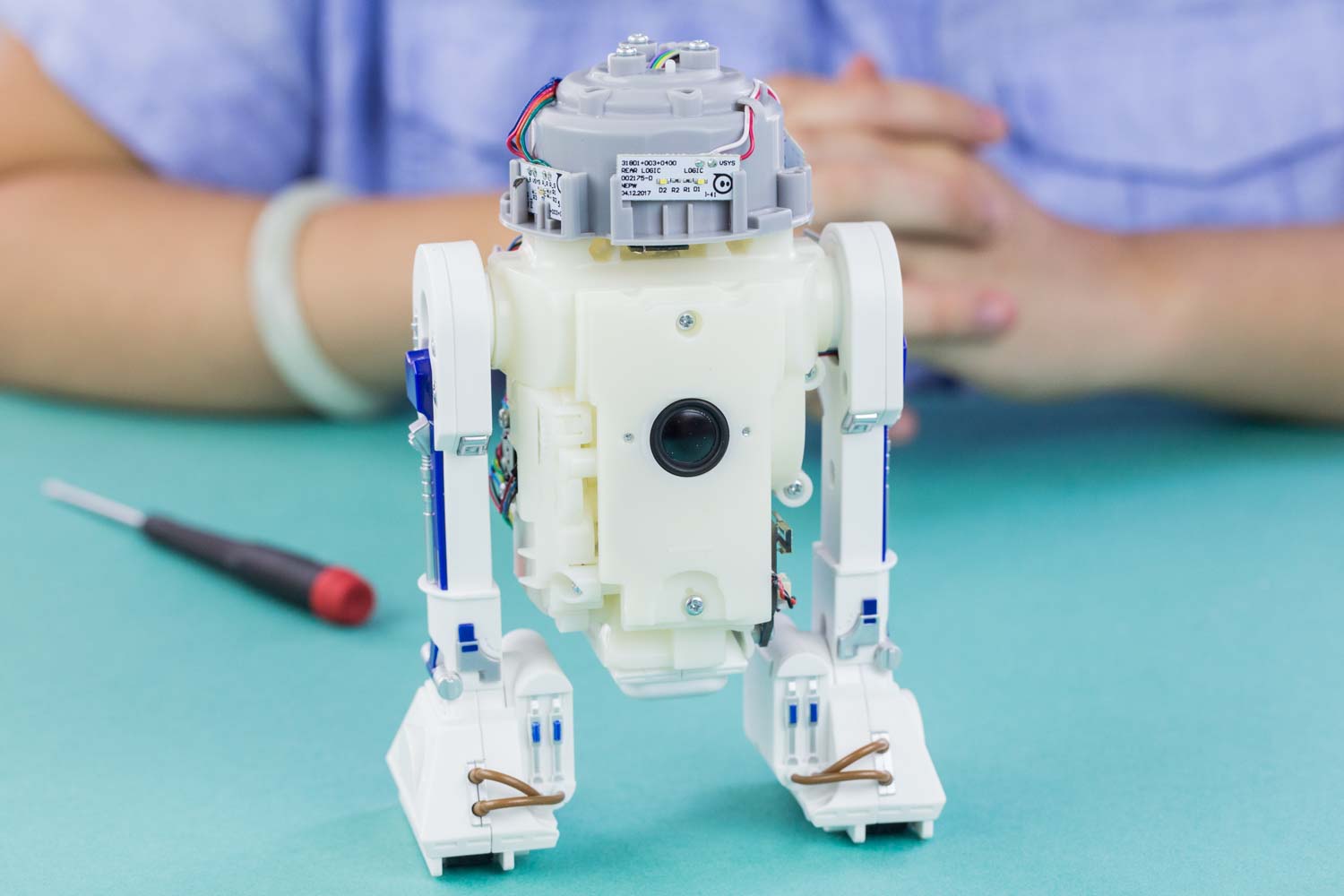 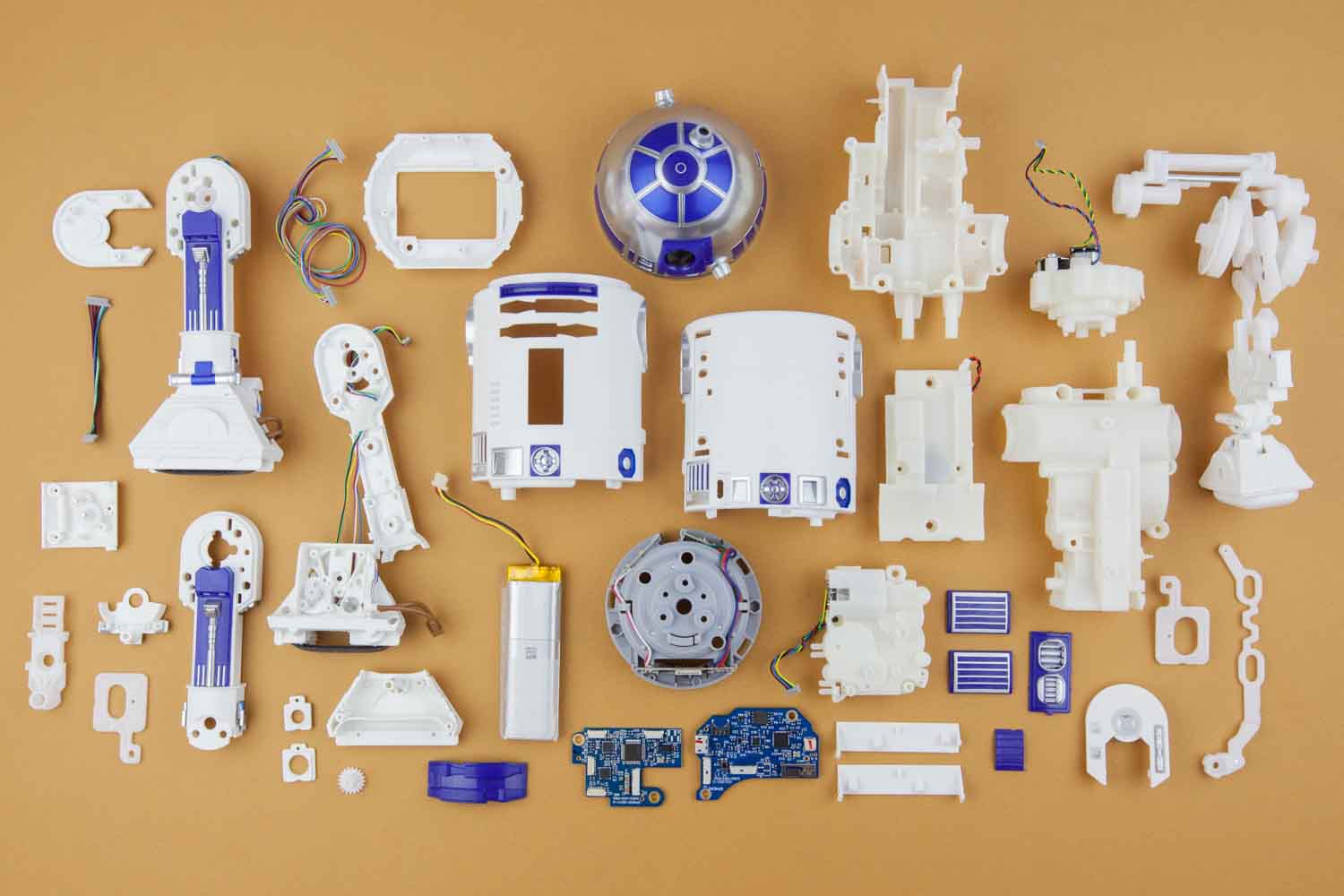 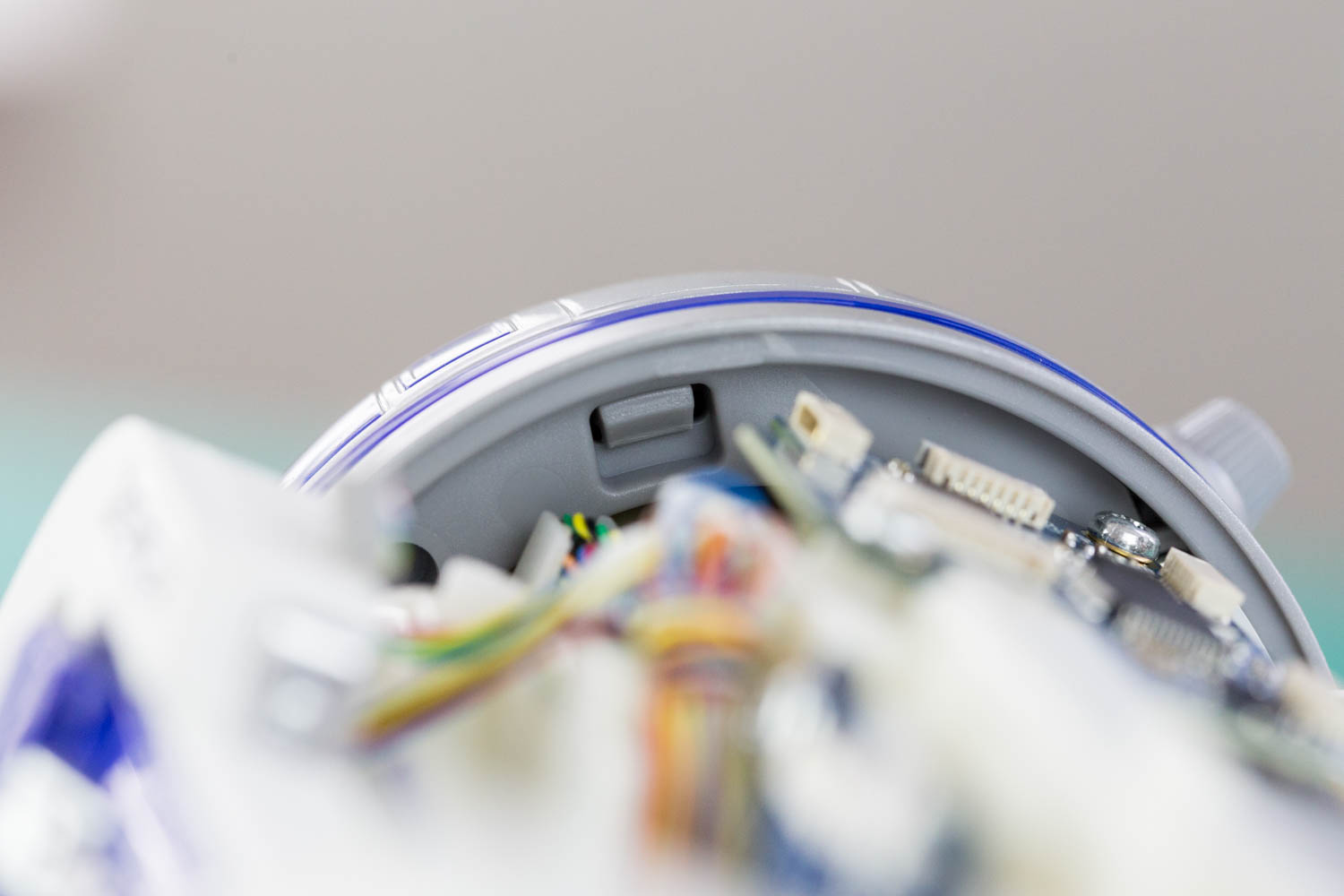 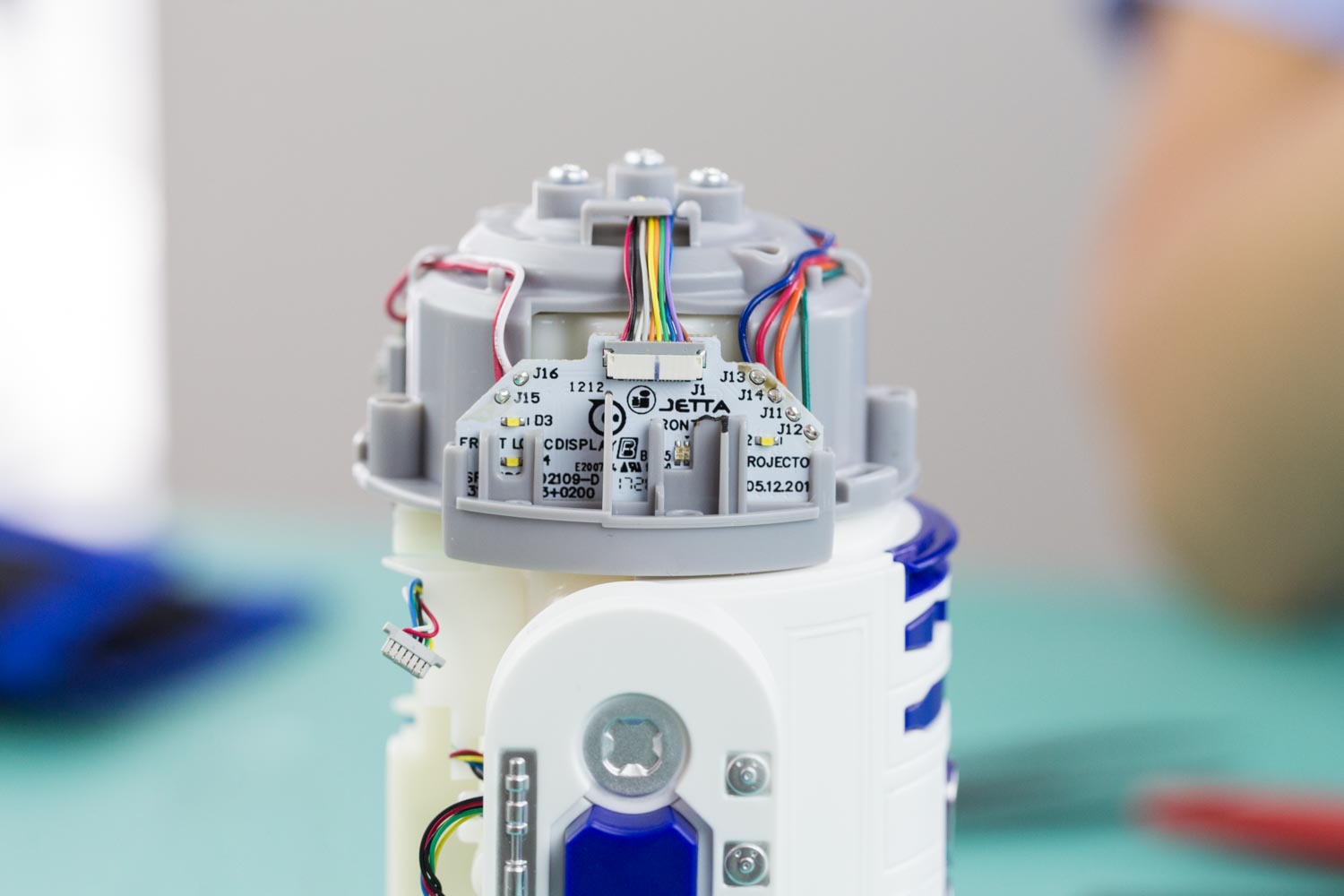 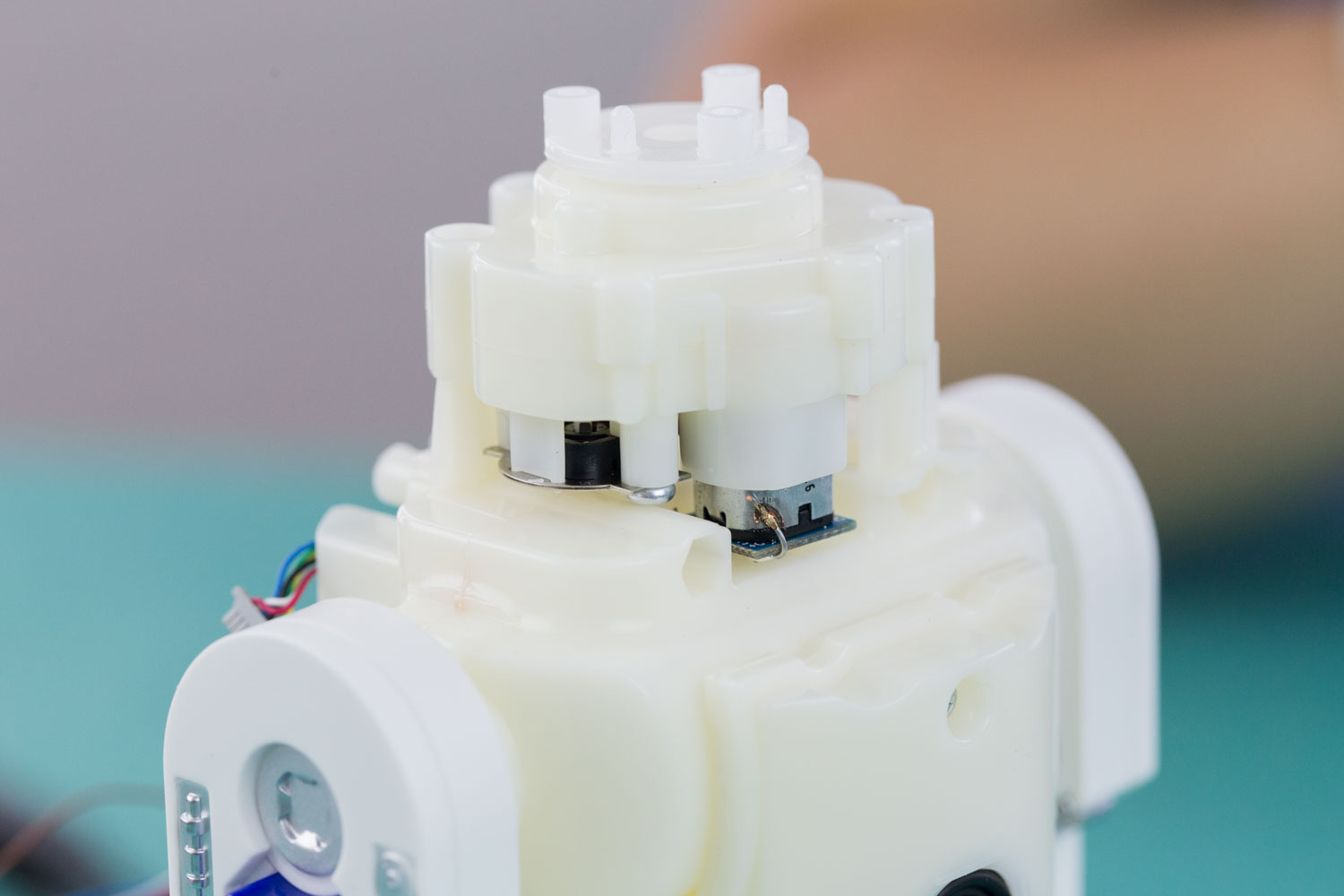 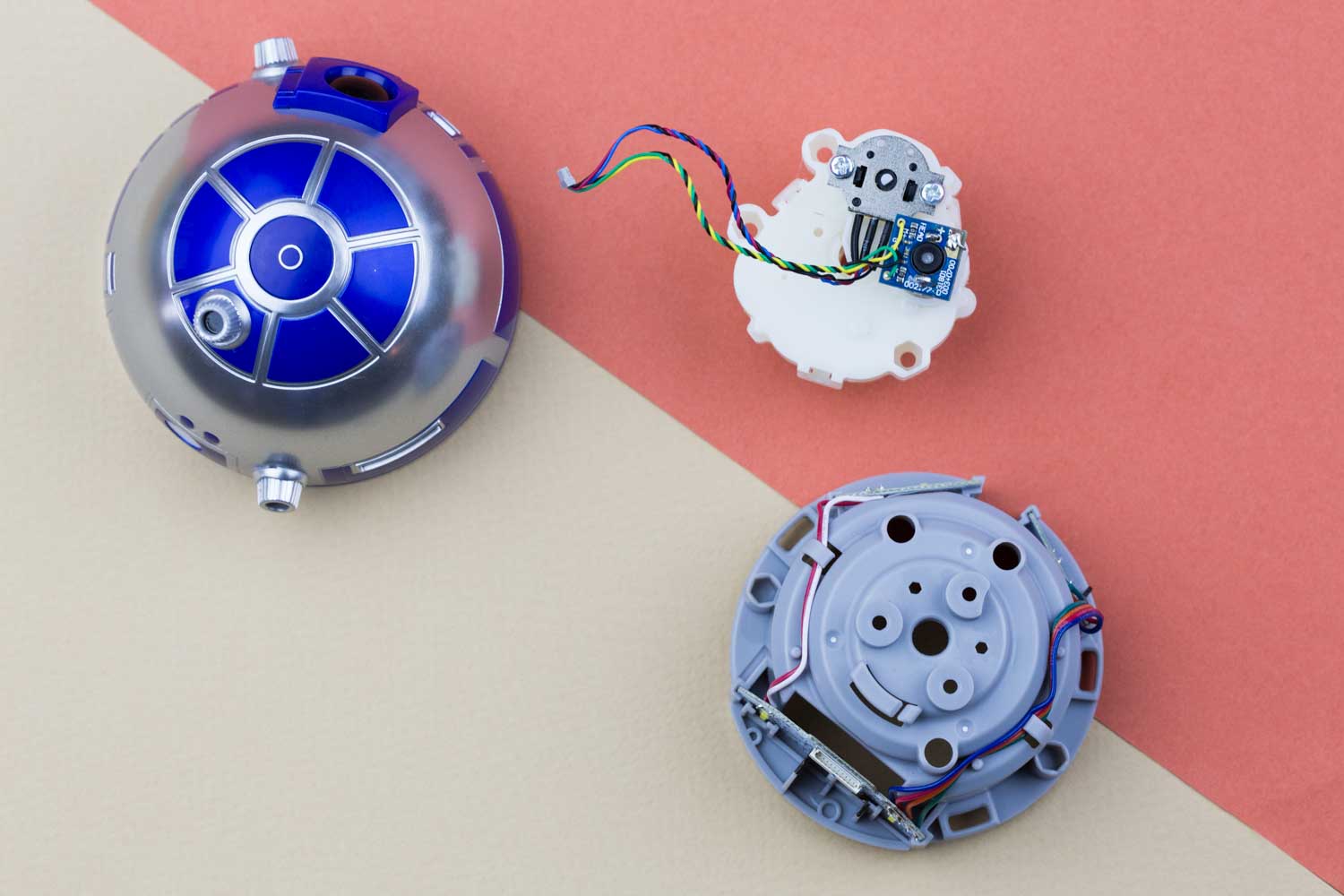 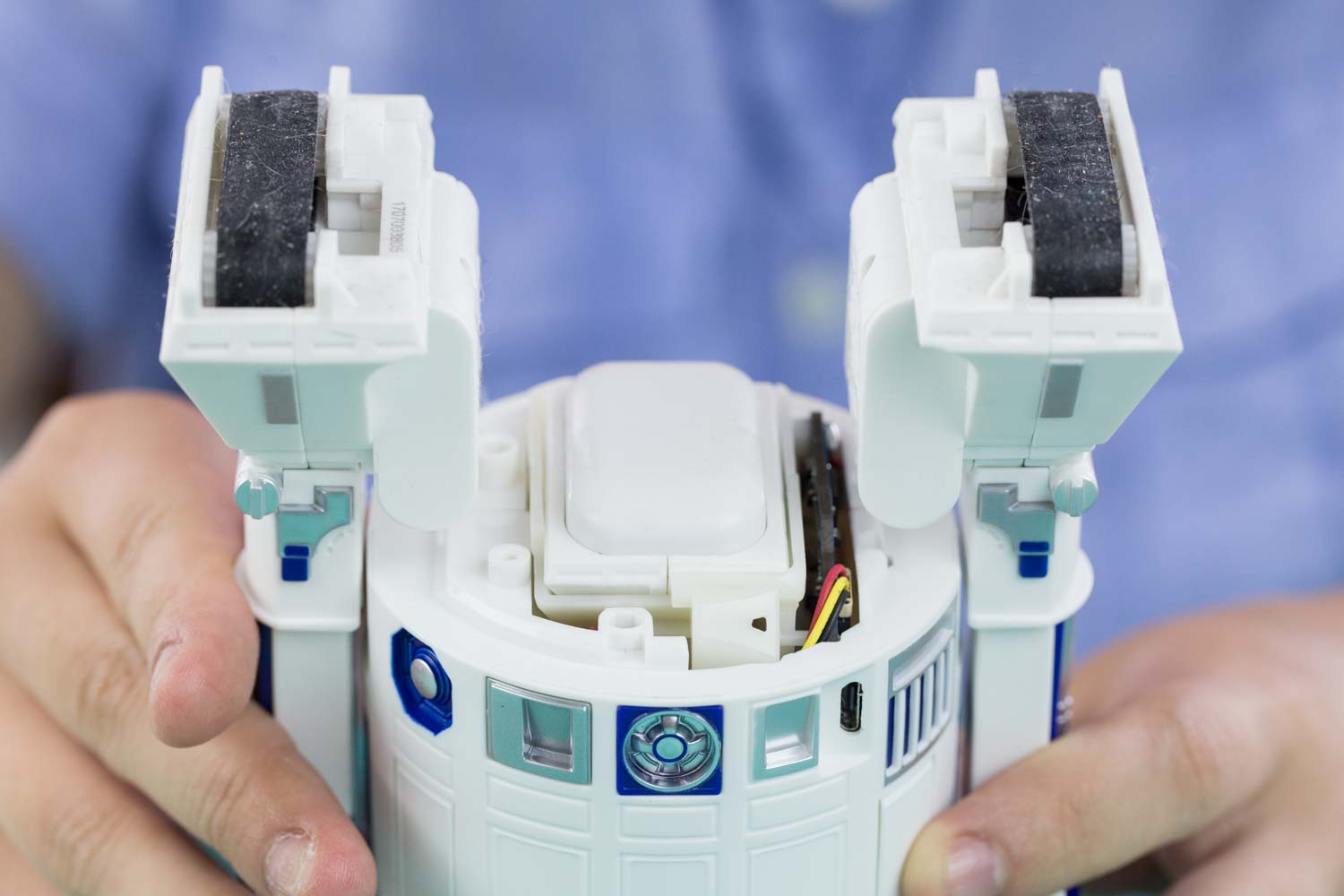 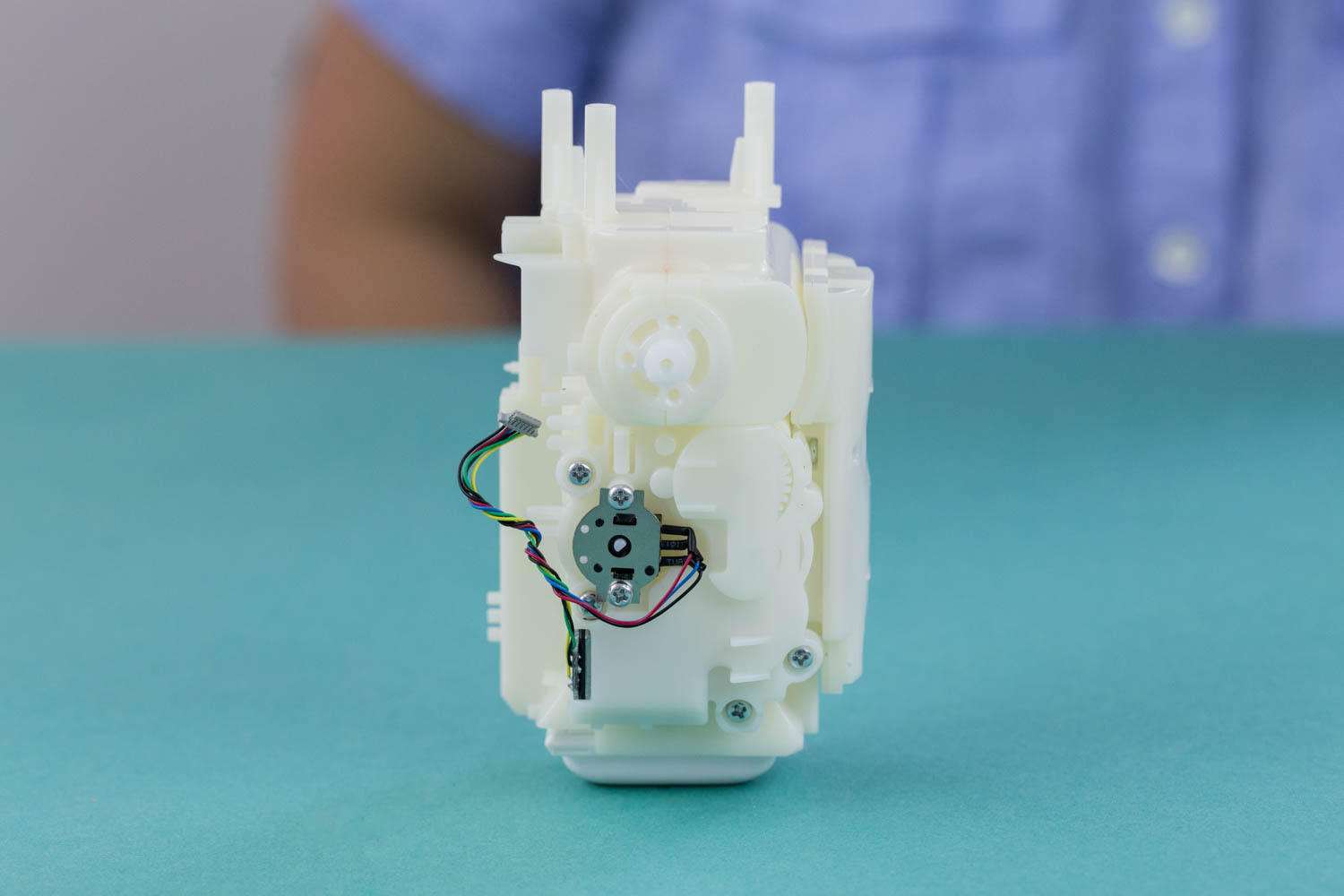 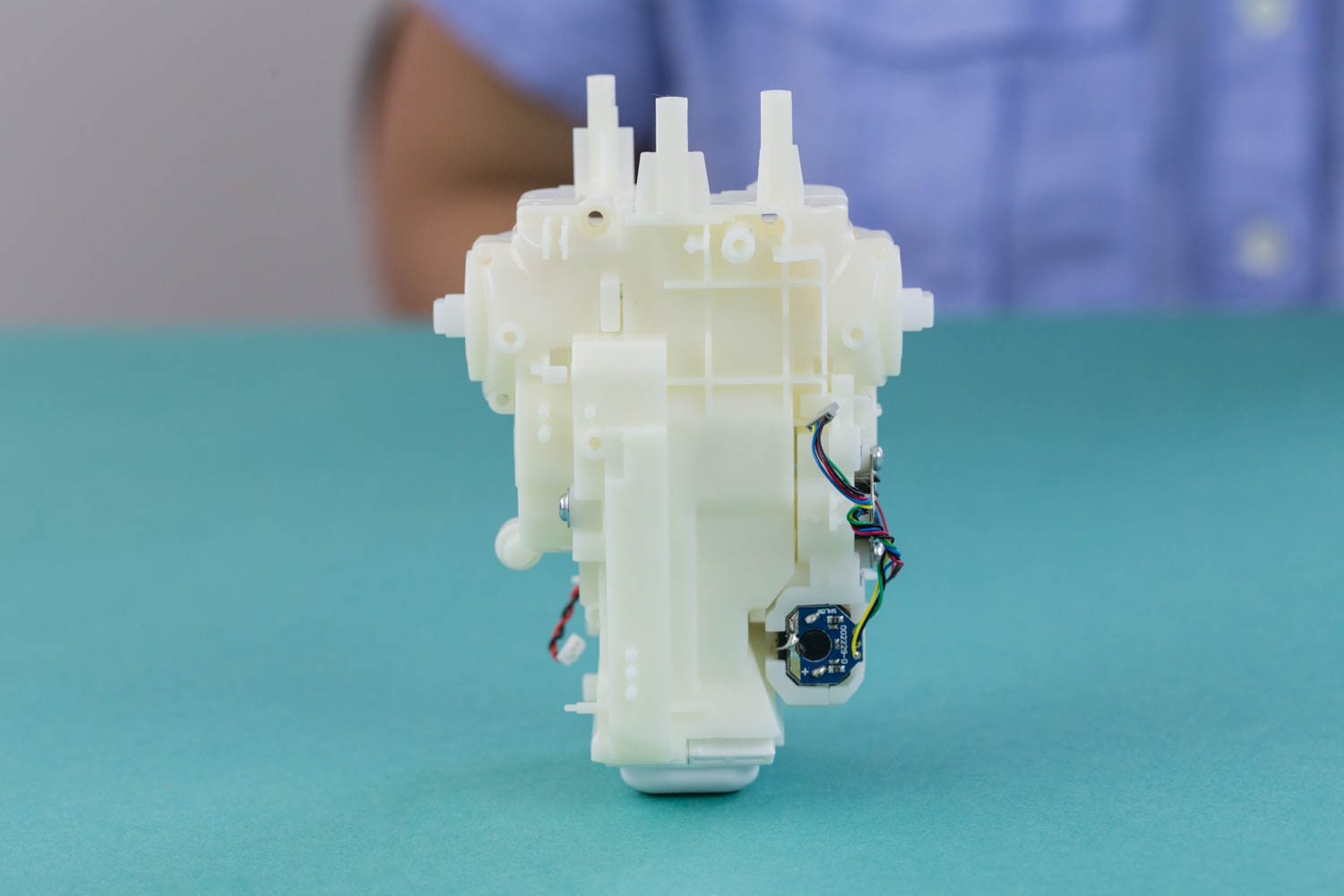 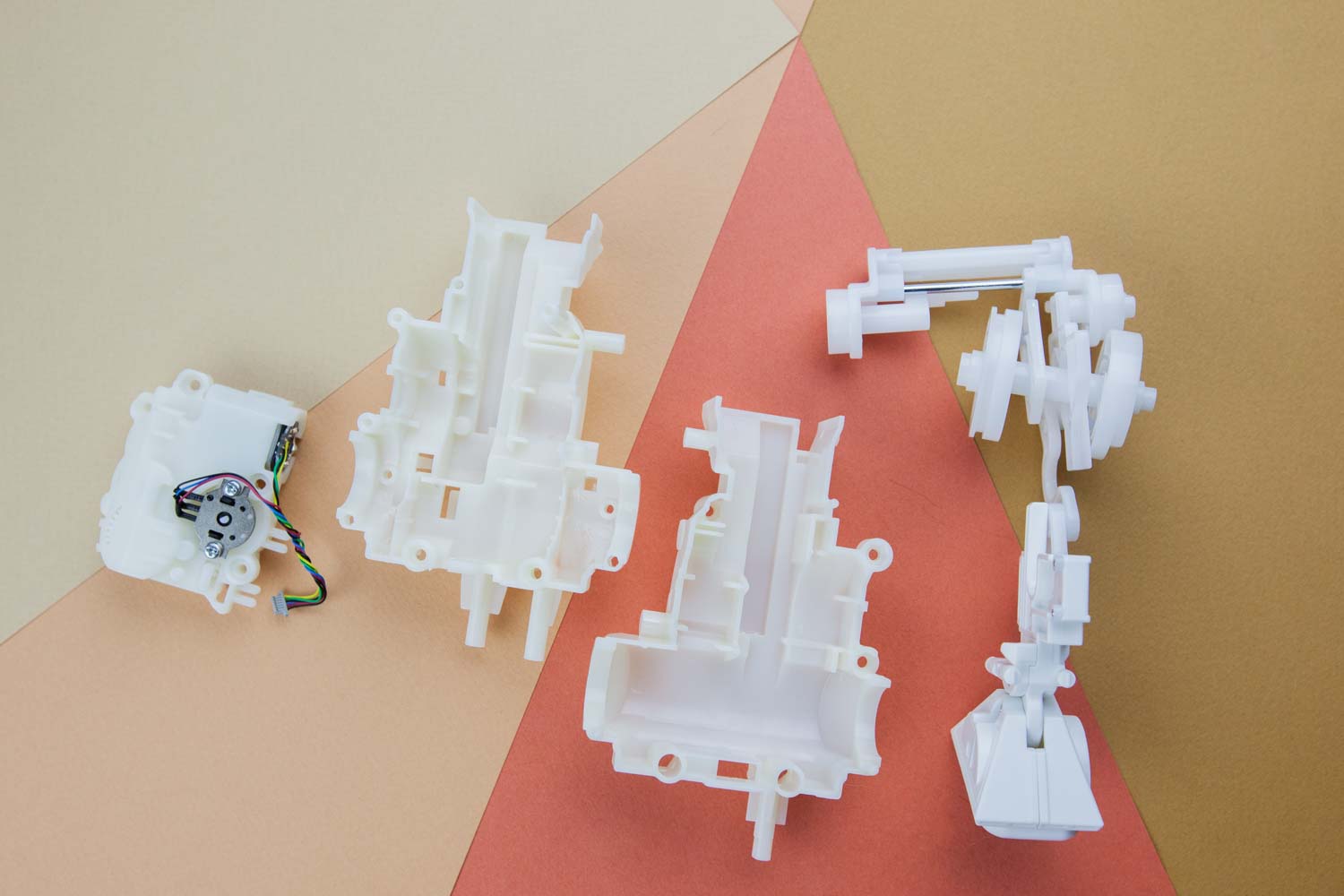 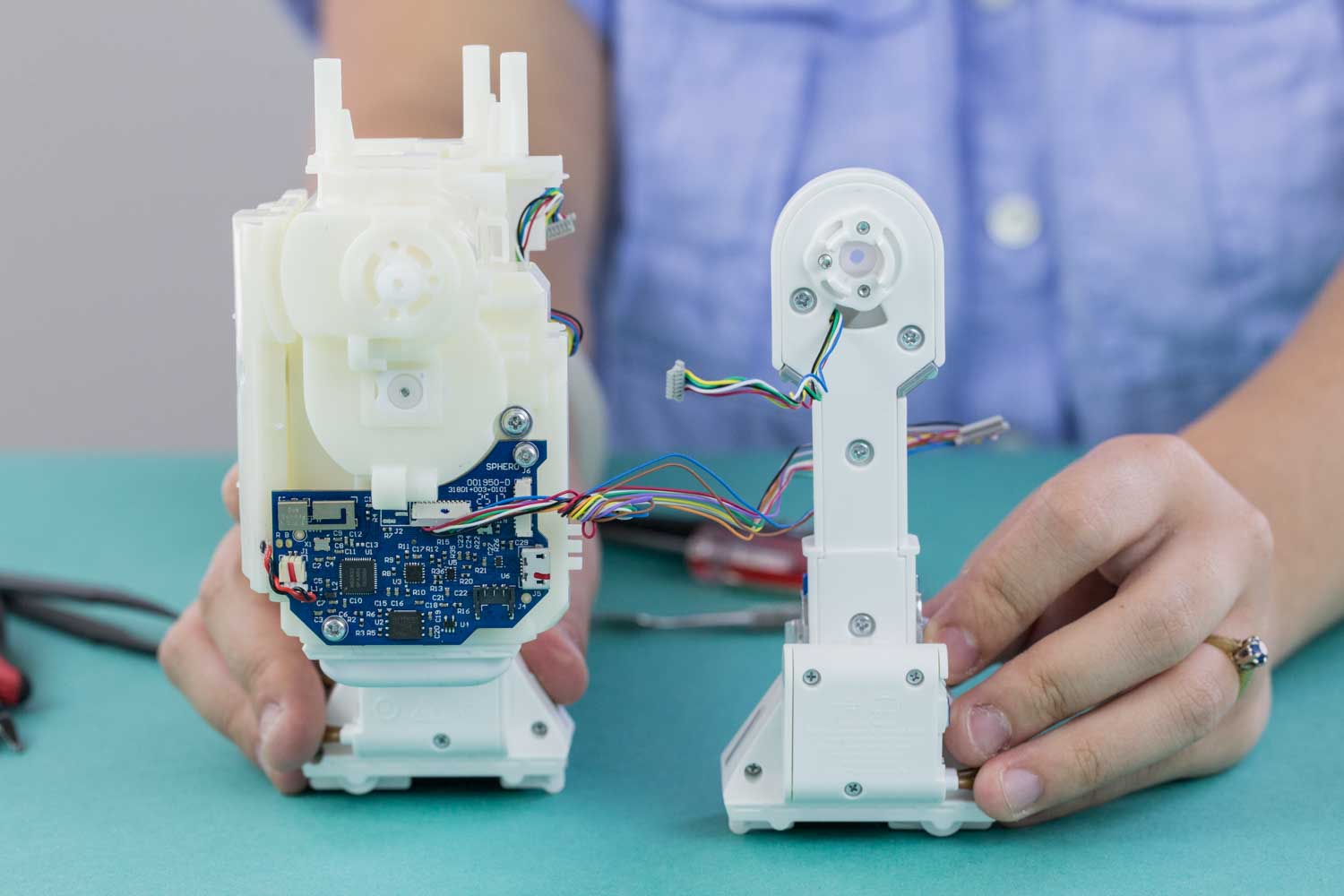 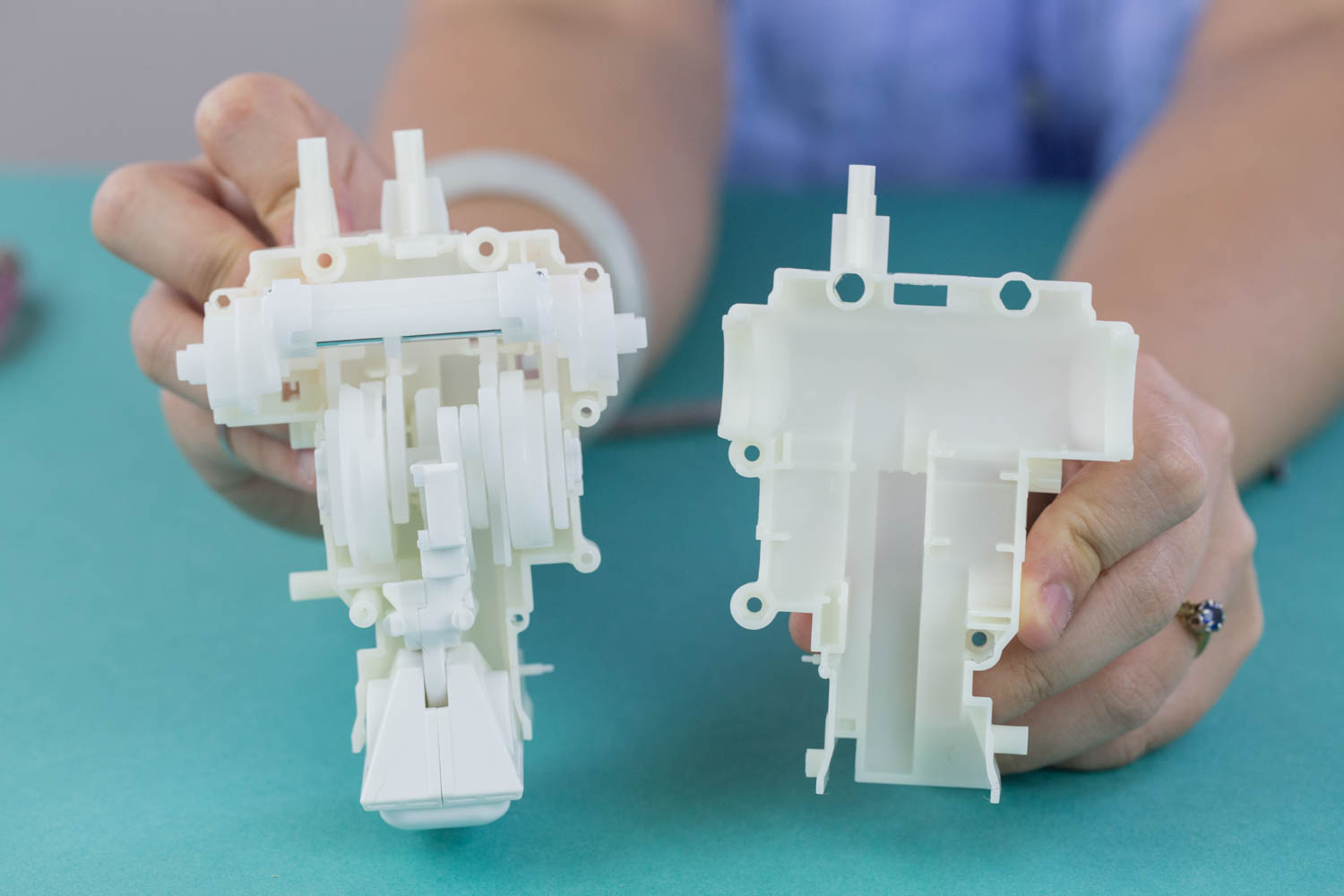 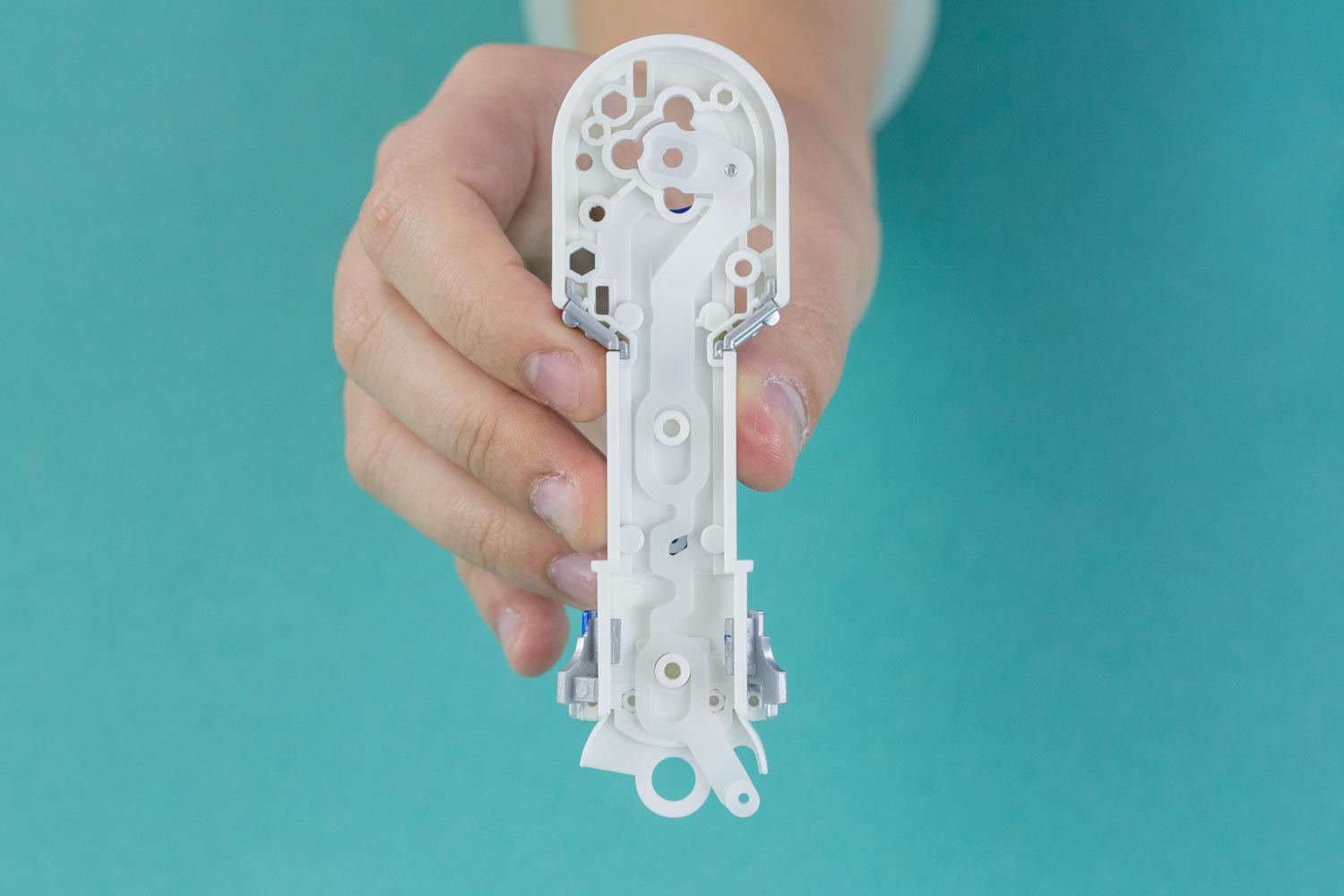 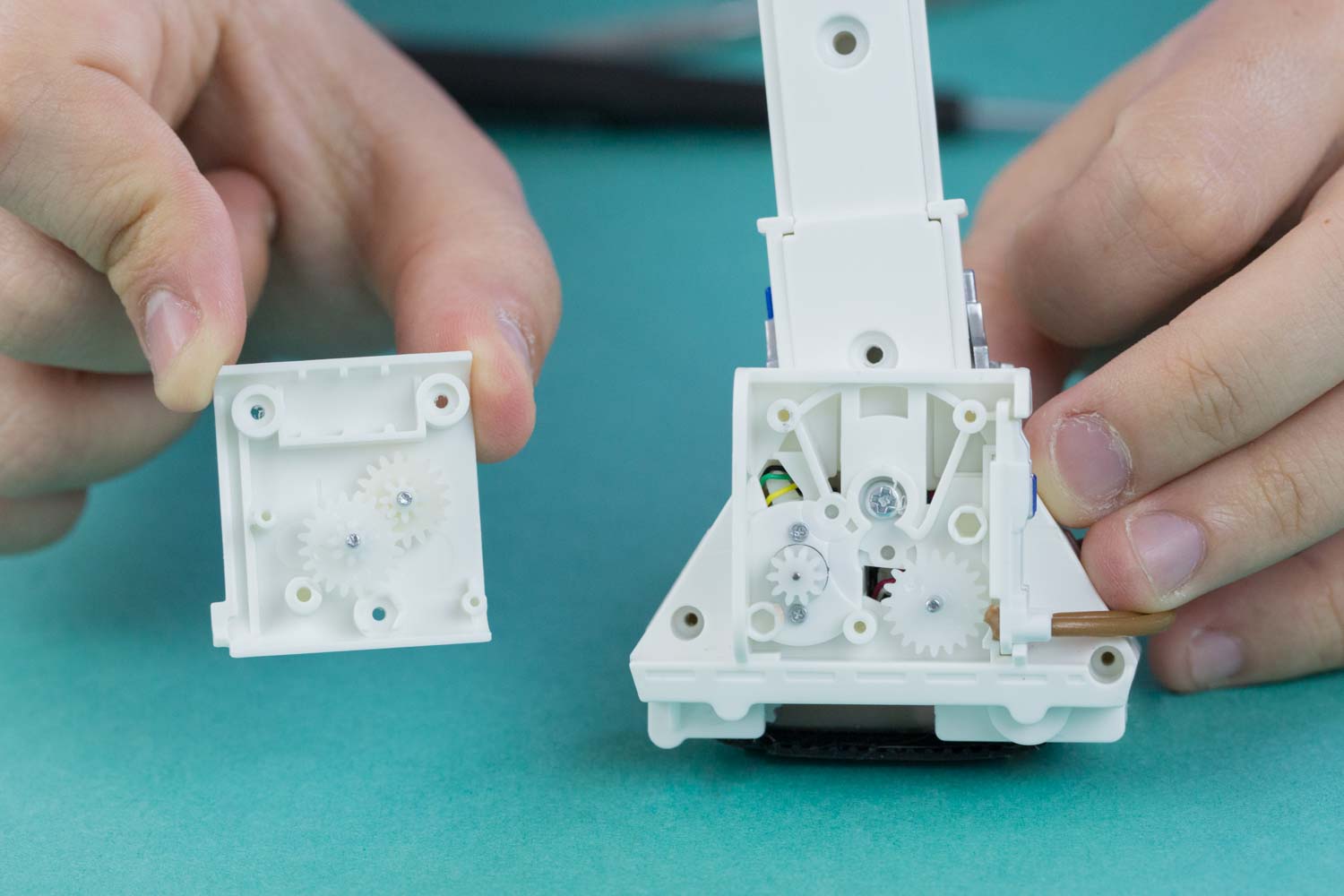 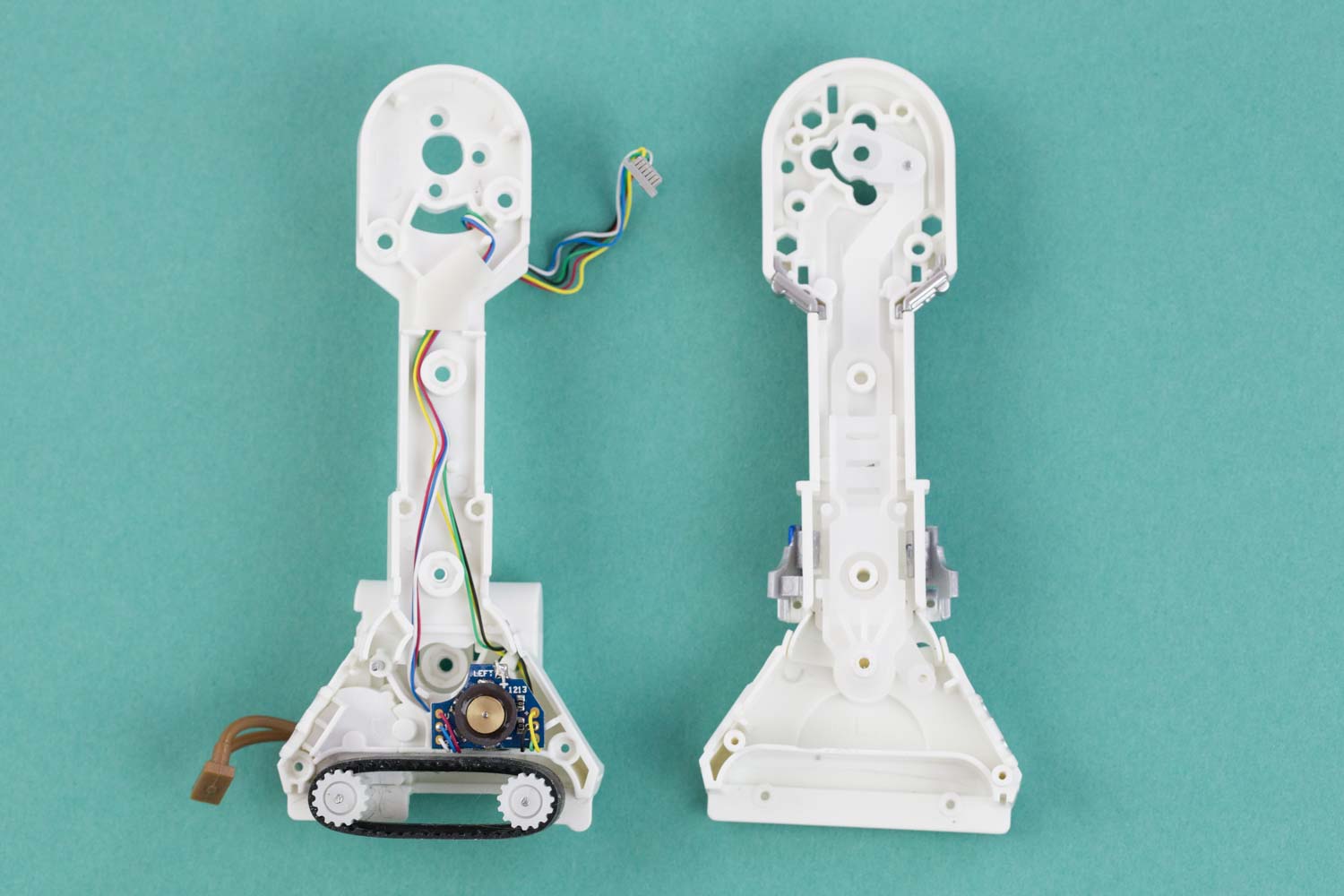 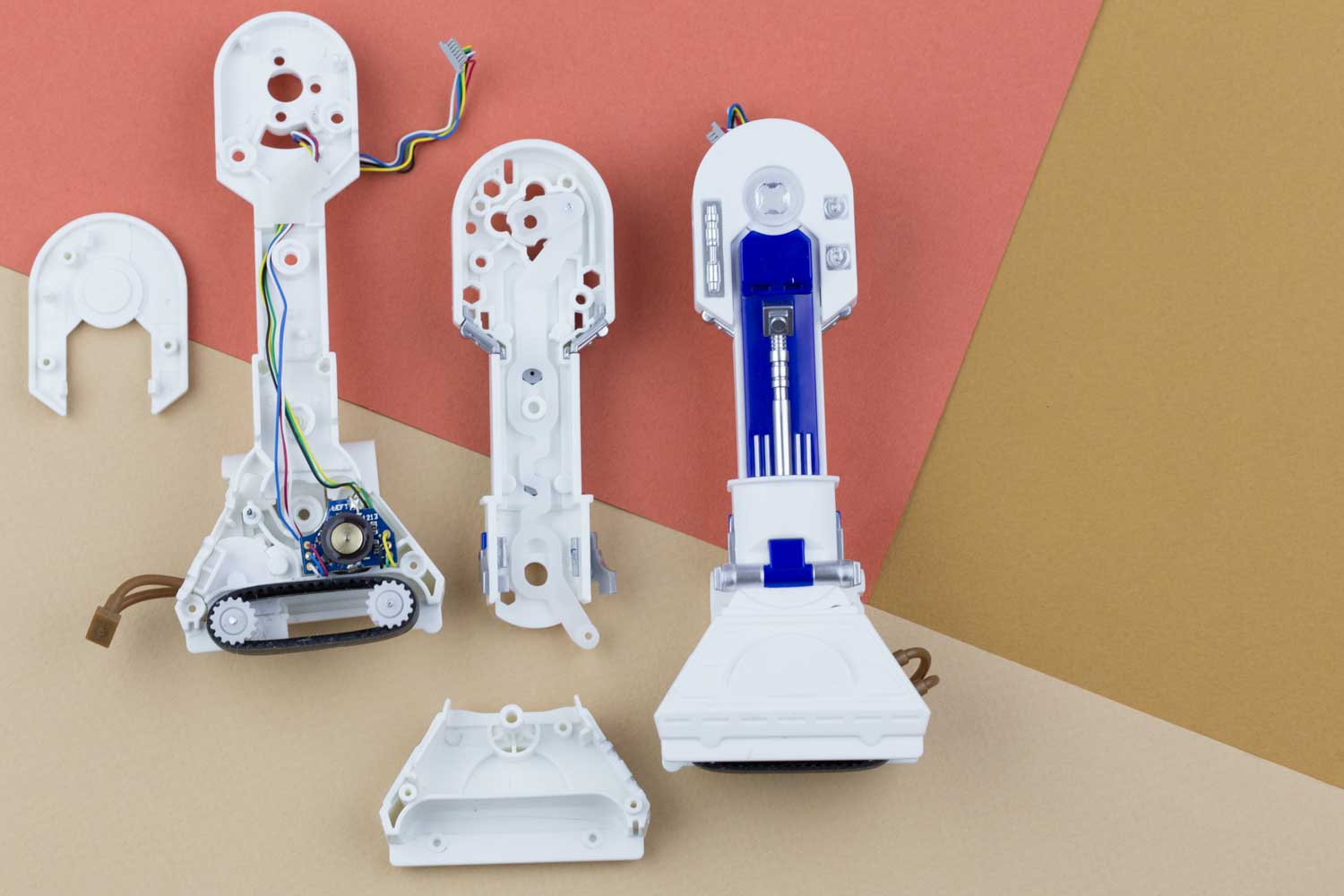 The animation features on this product are really realistic — they wonderfully mimic the way R2-D2 moves in the films. Sphero’s engineers mentioned that it took many cycles of prototyping and testing to achieve this result (how terrible that they had to watch the movies over and over again...).

We can also appreciate all the hard work that went into the details of this product. For example, no screws are visible as-normal, since most are hidden behind snap-fit panels and the speaker is cleverly hidden behind the front vents and coin slots, which naturally provide an outlet for sound transmission.

It’s also worth noting that many of the body details such as vents, logic displays, and ankle cylinder wedges are all separate components. It would have been easier and less expensive to mold these with the main body panels and paint on the contrasting details, but the features would not be as crisp, and the outcome would not be collectible-quality.

During the teardown, I was reminded that in the films R2-D2 is often under repair (like when Luke Skywalker found Princess Leia’s message while cleaning sand out of R2-D2’s gears). Perhaps it’s a coincidence, but Sphero’s rendition of R2-D2 really pays tribute to these scenes with its easy disassembly. We only had to do a very small amount of irreversible destruction to get the head cover off.

Big thanks to the hardware team at Sphero for giving us a first look at this great new product — brb while we try to put him back together like Luke has done so many times!

+ We’ll be posting a special article in the coming week based on an exclusive interview with the Sphero engineers behind this new product as well as the new BB-9E product, so be sure to subscribe below to get it delivered to your inbox!