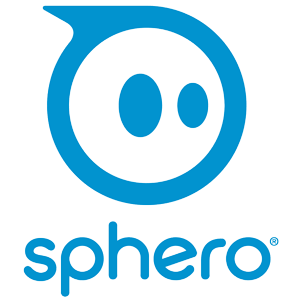 Learn how Sphero leveraged the Fictiv platform to quickly and easily extend their prototyping capabilities.

Since the launch of their BB-8 droid, Sphero has built a reputation as a company that delivers some of the most detailed, life-like robotic toys on the market. After winning hearts with the lovable BB-8, Sphero partnered with Disney to release a range of dynamic new toys including their app-enabled R2-D2 and BB-9E droids and the Ultimate Lightning McQueen race car.

To build toward a proof-of-concept for Lightning McQueen, the Sphero team approached the prototyping process as a series of subsystems.

“Subsystem prototypes are really important,” said Doug Webster, Senior Mechanical Engineer at Sphero. “It was too complex to go from zero to a complete product, so each subsystem had its own prototyping effort.”

For the initial prototypes, the team started with FDM 3D printing to build a chassis to mount breadboards onto and attach a variety of sensors and microprocessors to control and steer the wheels.

"We were looking for a partner that could help us expand our material choices, and that’s where Fictiv stepped in."

As part of these initial subsystem prototypes, the Sphero team faced a challenge with the very small, complex gear teeth — part of Lightning McQueen’s driving and suspension gear boxes.

Smooth, emotive suspension and high performance driving characteristics were considered two of the highest priority subsystems for bringing this product to life; to give the robot smooth motion that could truly recreate the animator's intent was absolutely critical. So prototyping these subsystems received many man-months of attention.

“We were having non-stop issues with gear teeth breaking and not coming in smooth,” said Webster. “We were developing these really tiny 0.3 mm gears in both the suspension and drive gear boxes to save space and with our internal 3D printers it just wasn’t going well.”

At this point, the team turned to Fictiv to expand their prototyping capabilities.

“We were looking for a partner that could help us expand our material choices, and that’s where Fictiv stepped in,” said Webster

"We were prototyping so fast so if we waited even two weeks for parts, the design would’ve changed. Fictiv was able to provide rapid turnaround."

“Our goal was to tune the motors and get resistances close to that of the future injection molded production gears, so we could dial in the power requirements,” said Webster. “Without low-friction, well-built gear teeth we couldn’t accurately estimate how much current the motors were going to draw, which was a necessary datapoint for the battery selection and for modelling drive train losses.”

“Getting high-quality gears allowed us to transition from prototype-style design to something much more production-oriented, so we could prove out our ideas quickly,” said Webster. “We were prototyping so fast so if we waited even two weeks for parts, the design would’ve changed. Fictiv was able to provide rapid turnaround.”