Written by
Reilly Hayes
On
July 16th, 2018
In
Teardowns

It’s been a while since our last teardown here at Fictiv, so we knew when we came back that we had to take apart something really special. Something completely unique. Something...cool.

We present: the Coolest Cooler; the Kickstarter product that swept the nation in the summer of 2014, raising $13 million dollars from over 62,000 backers. The Coolest Cooler was developed by Ryan Grepper, in order to bring a multi-function cooler to outdoor events everywhere.

Each cooler includes a blender, a Bluetooth speaker, a USB charger, a knife, a bottle opener, a corkscrew, a center divider that can be used as a cutting board, and a few plates. The Coolest Cooler currently retails for $399.99.

The Coolest Cooler is an interesting consumer product, partly because of the problems the company ran into while trying to scale up production to meet overwhelming demand. Their initial delivery deadlines were pushed back a number of times, and some backers have reportedly still not received their orders.

Our coworkers were horrified when we told them that we were planning on ripping apart the cooler of the century. It does blend drinks well, so we understand their heartbreak. But we were too curious about why this cooler was so hard to manufacture to stop ourselves from breaking it down.

Here are the mechanical features of interest we’re drilling into for this teardown: 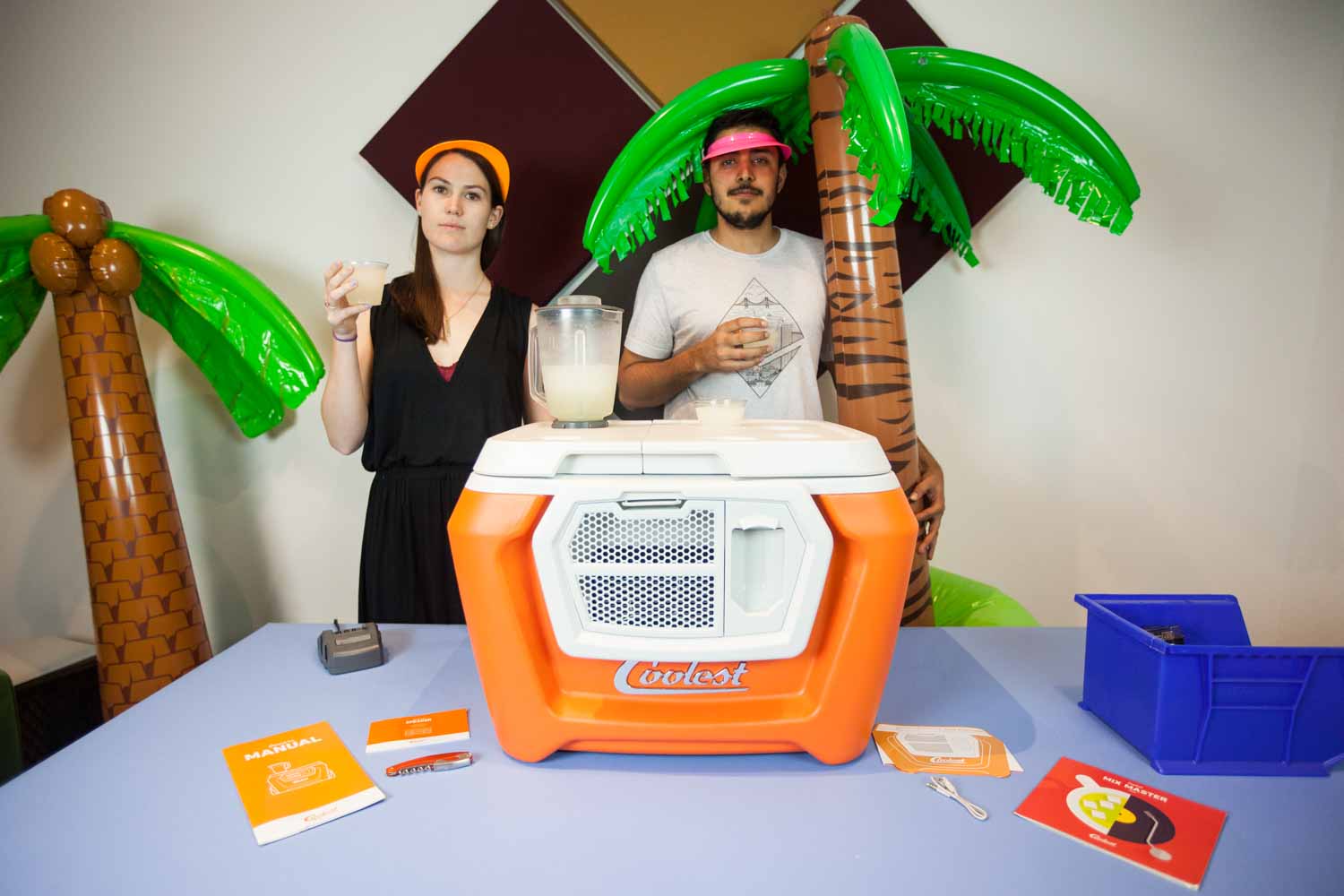 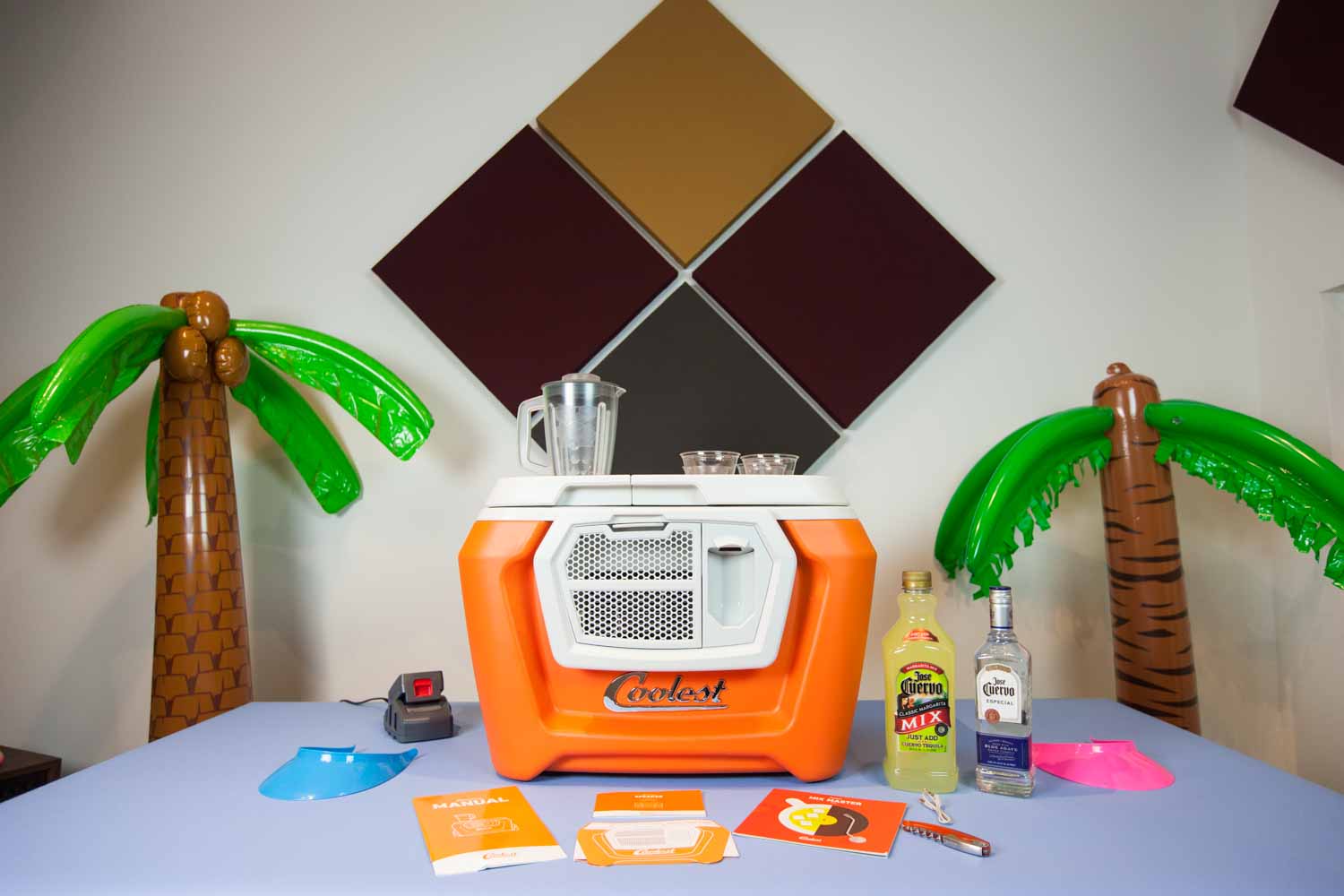 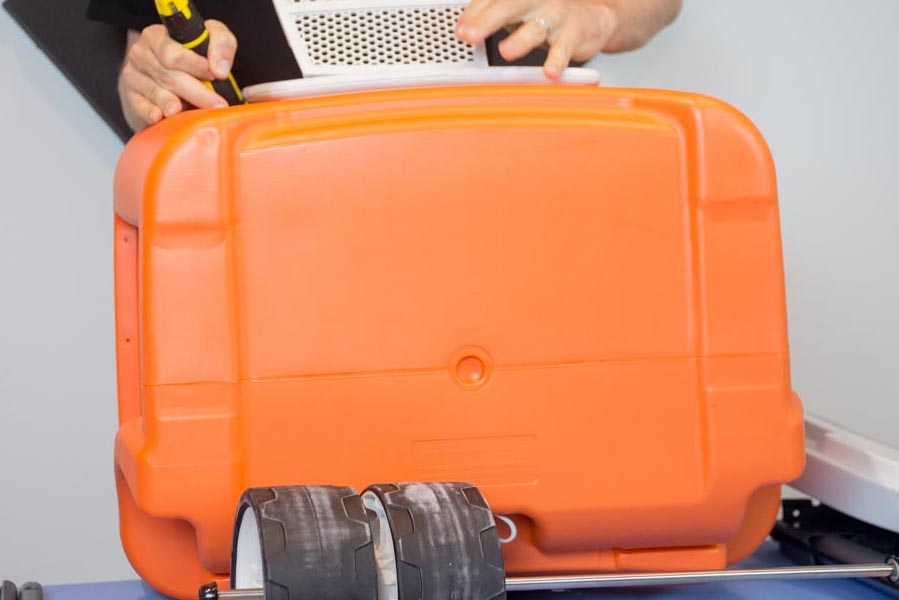 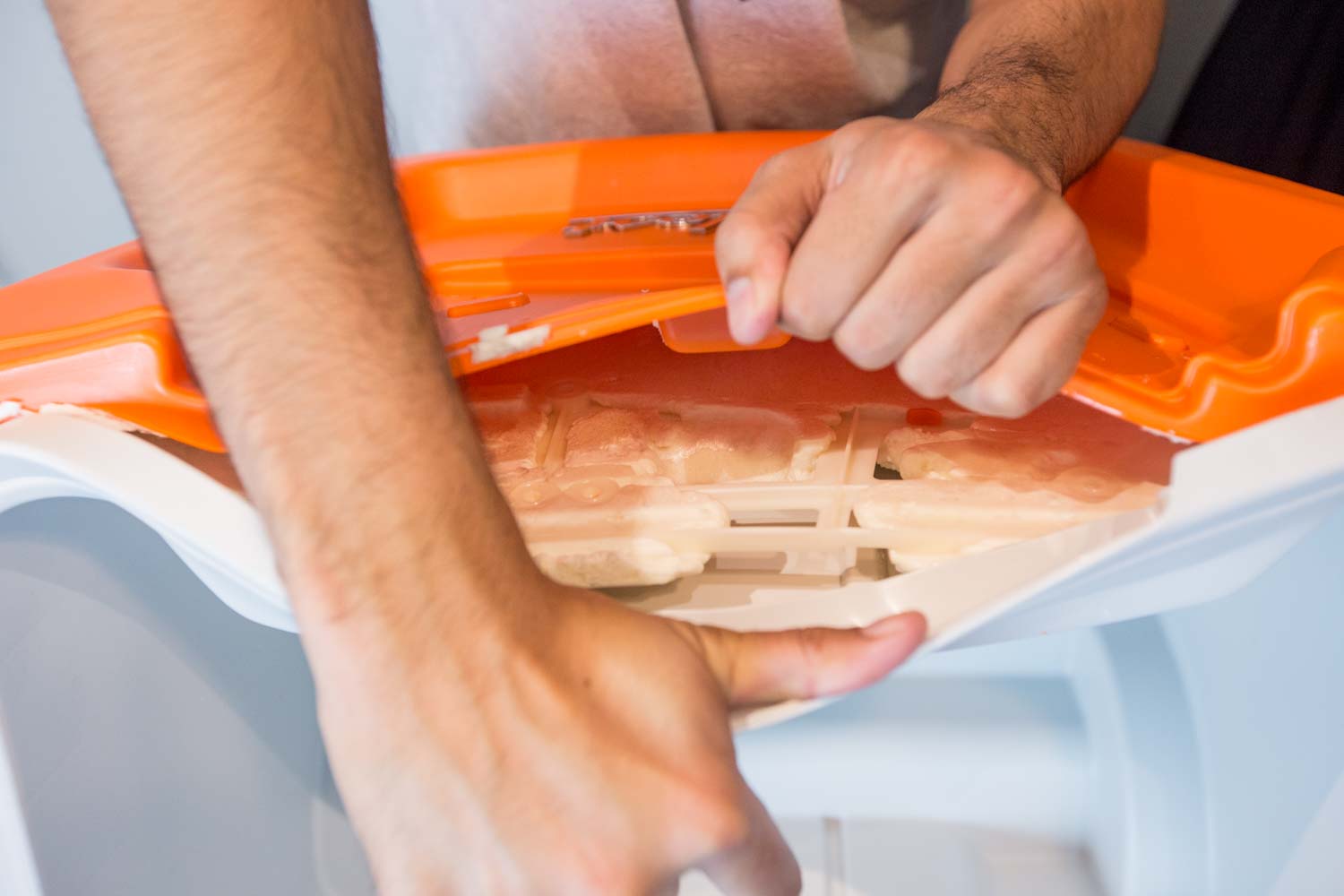 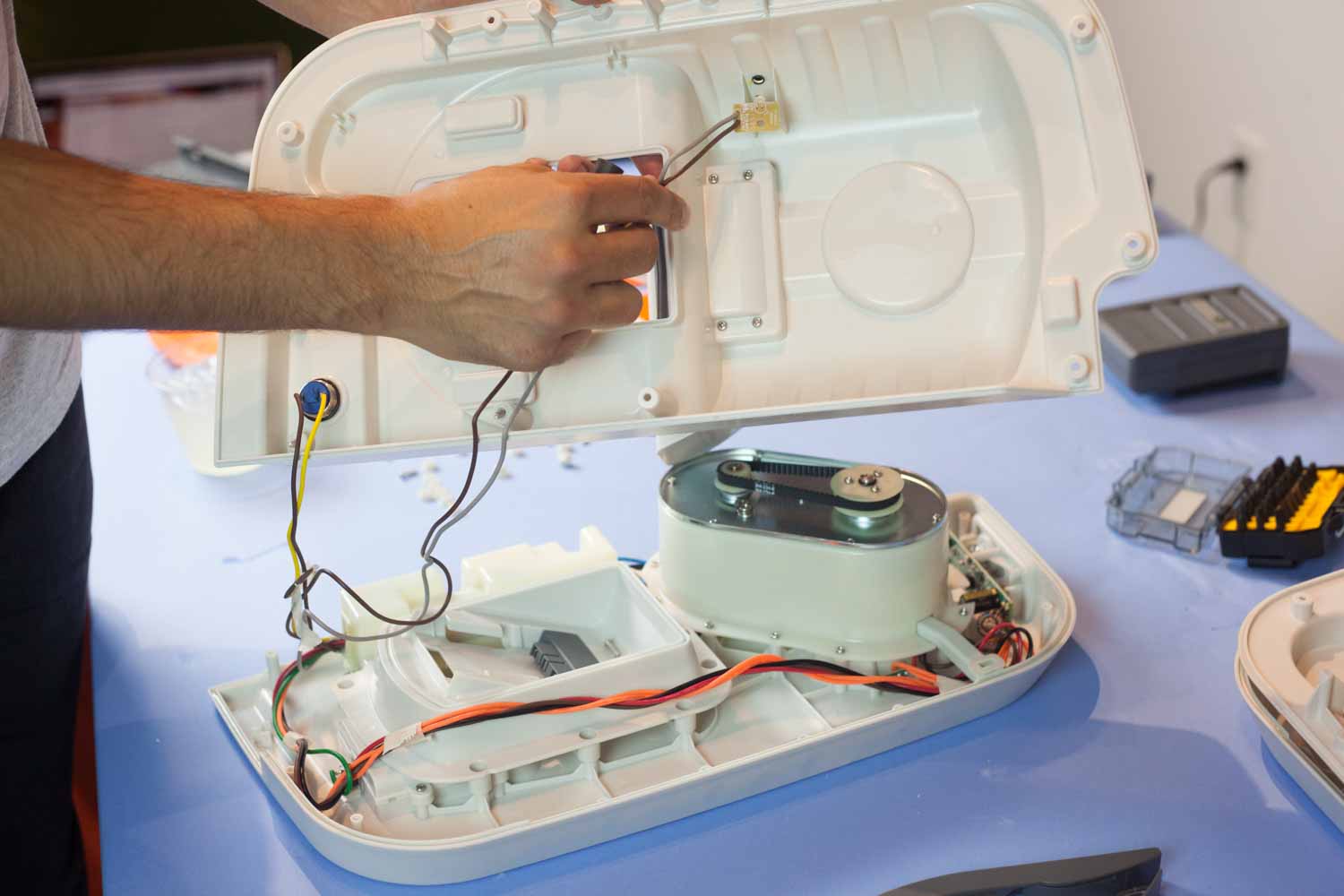 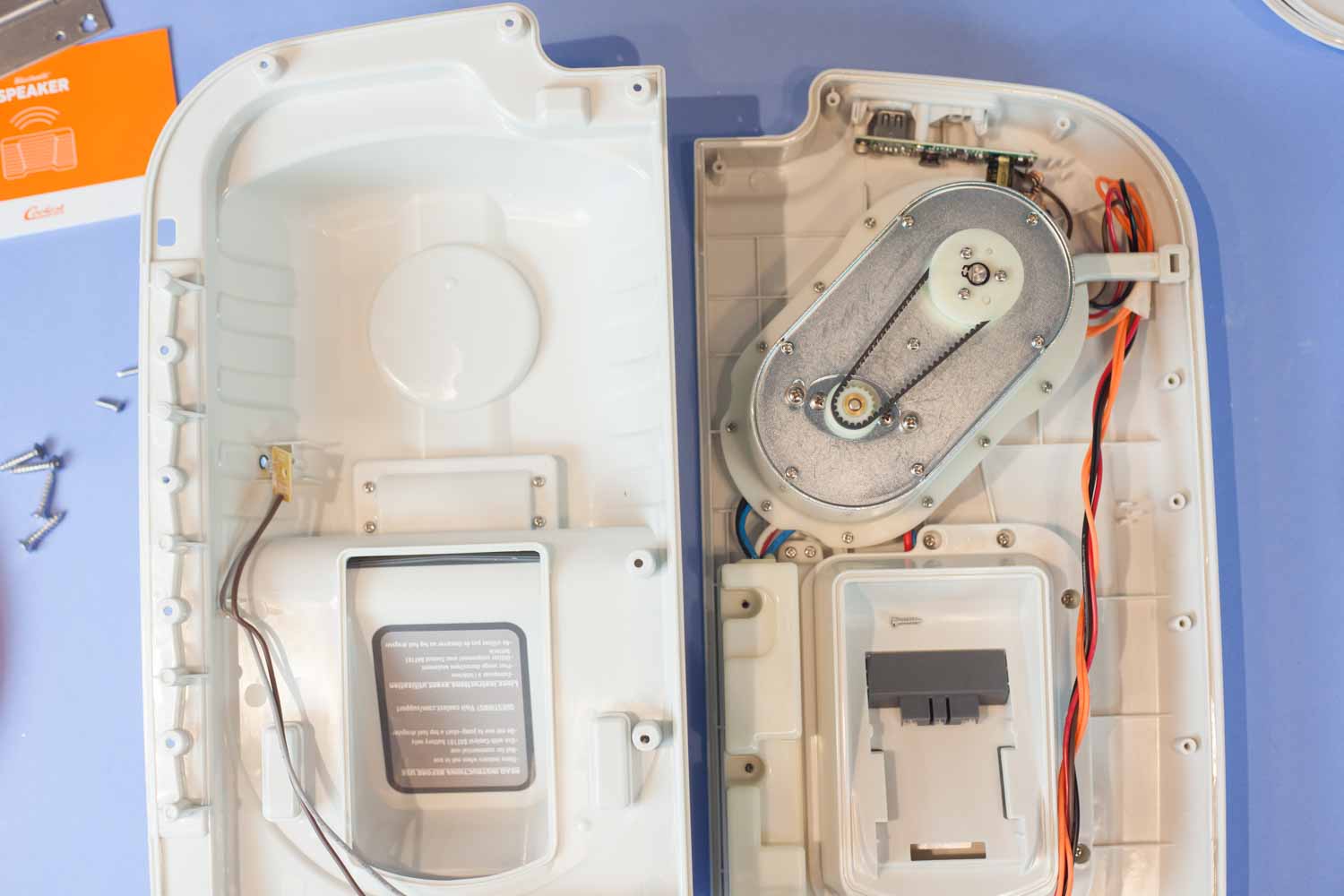 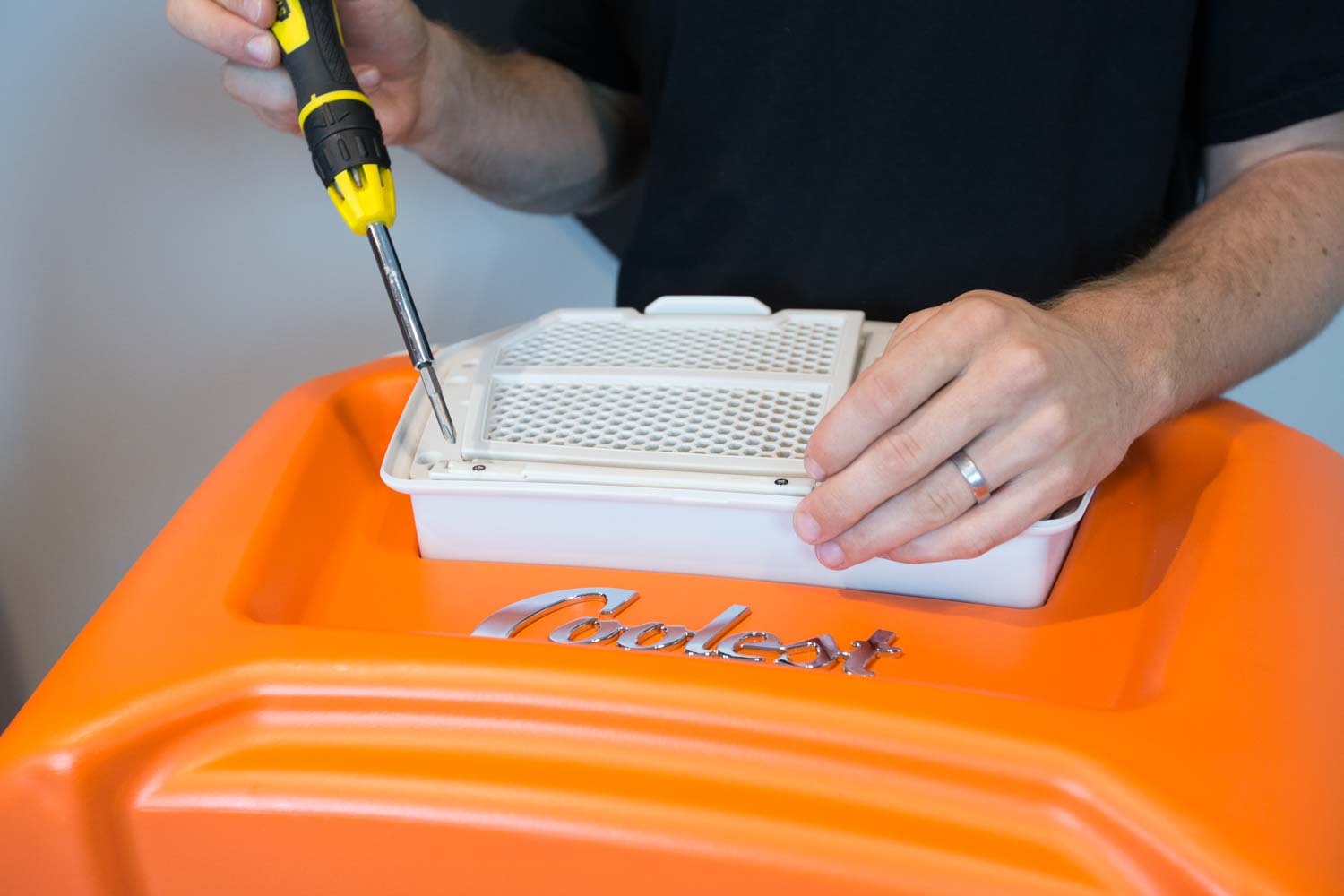 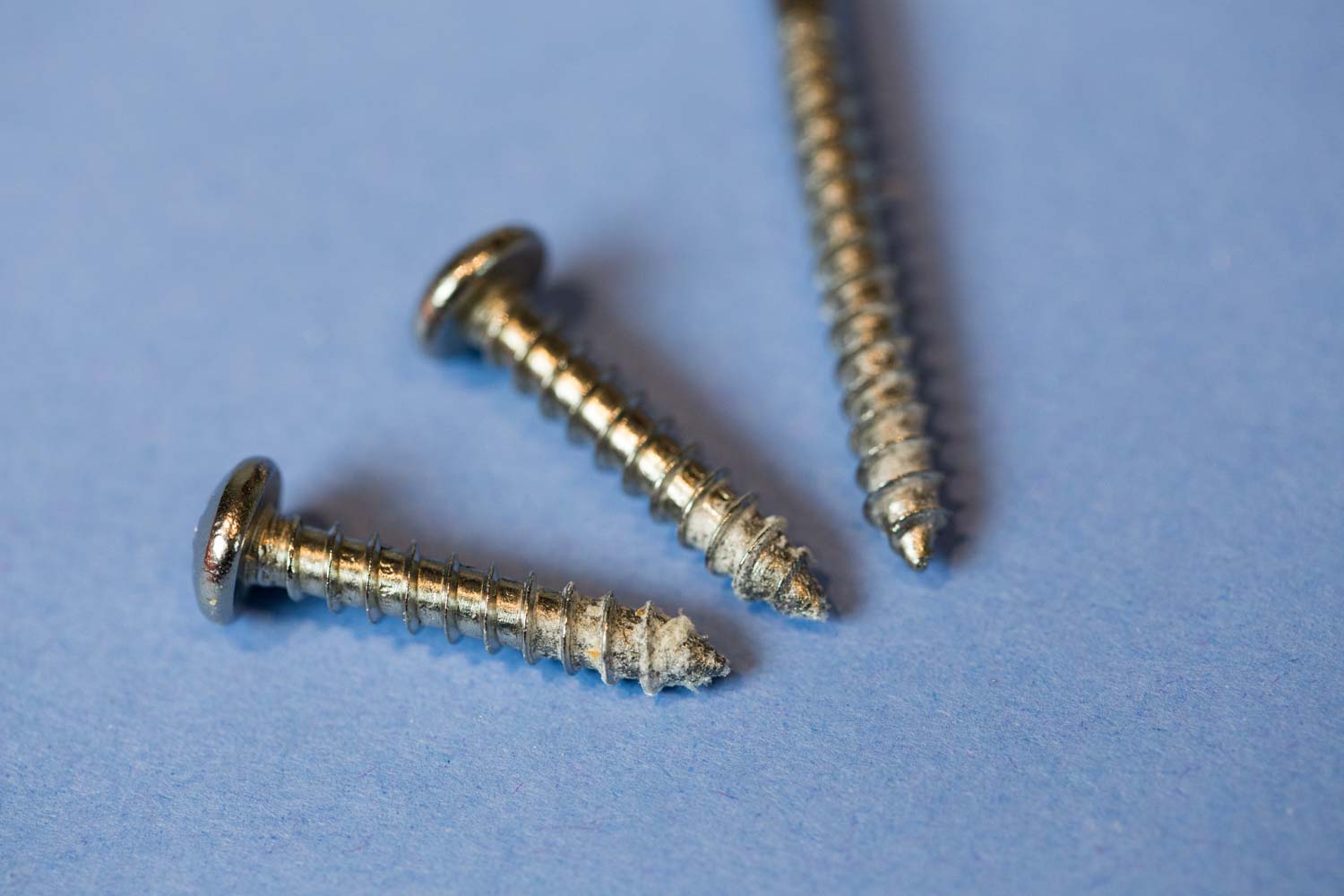 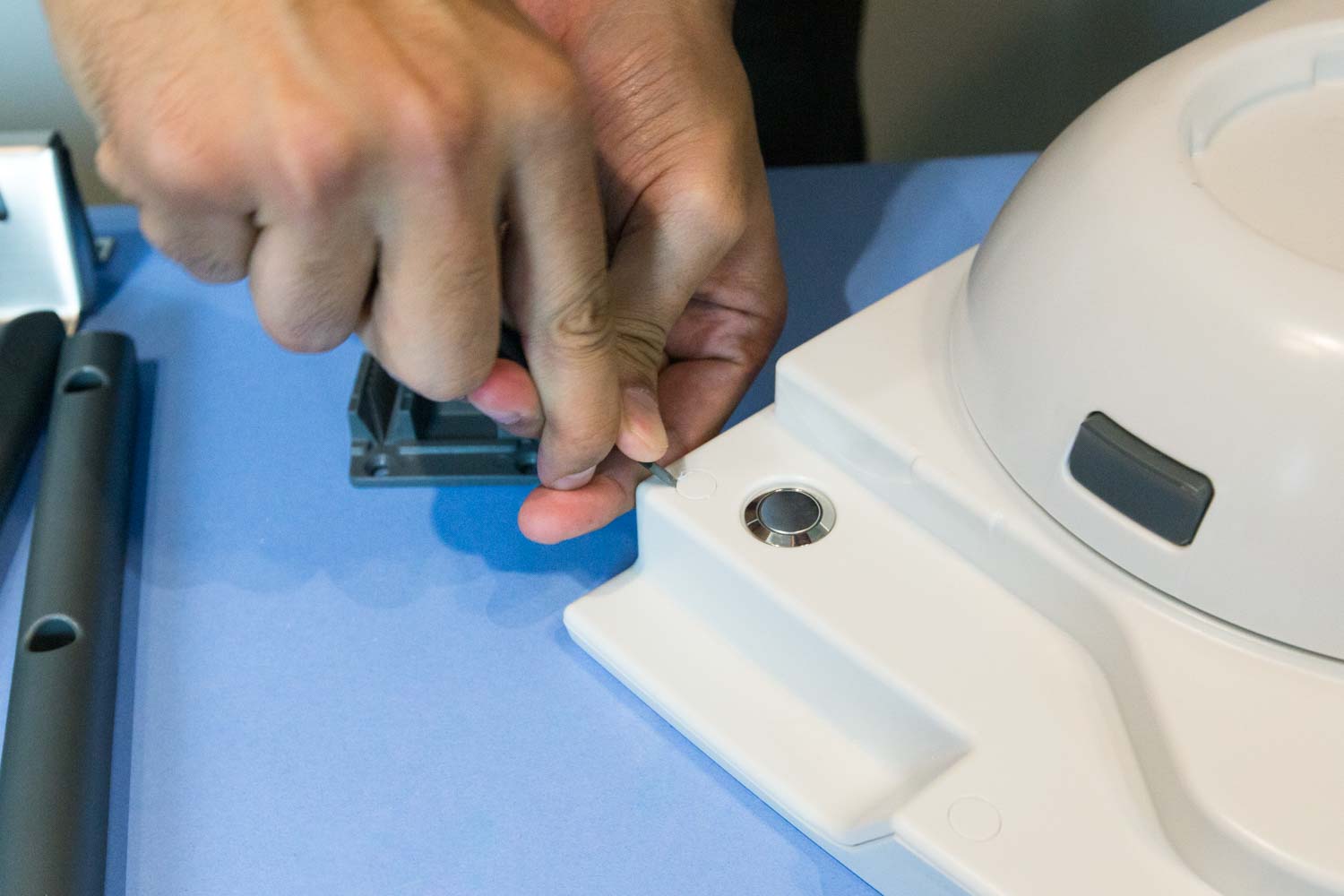 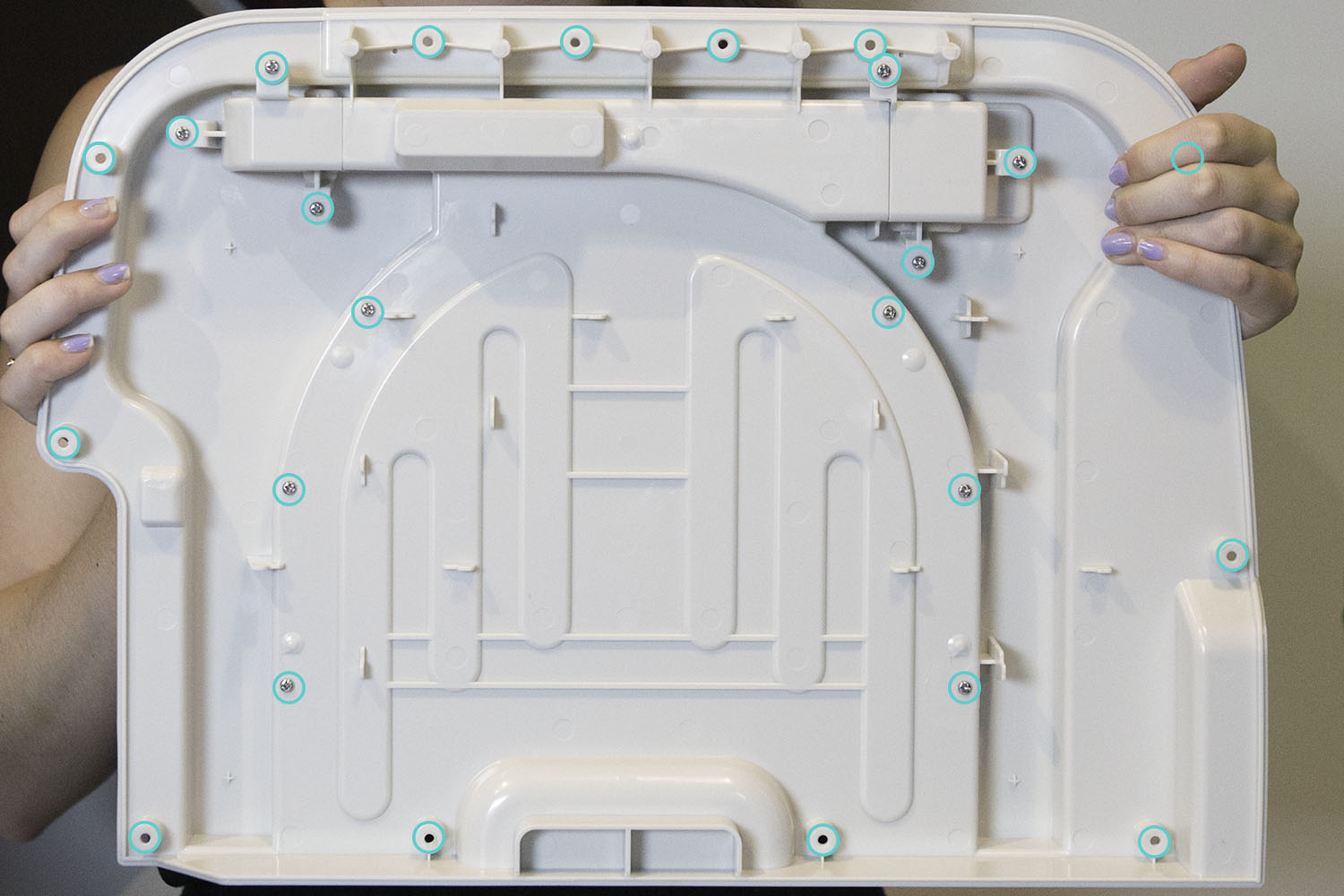 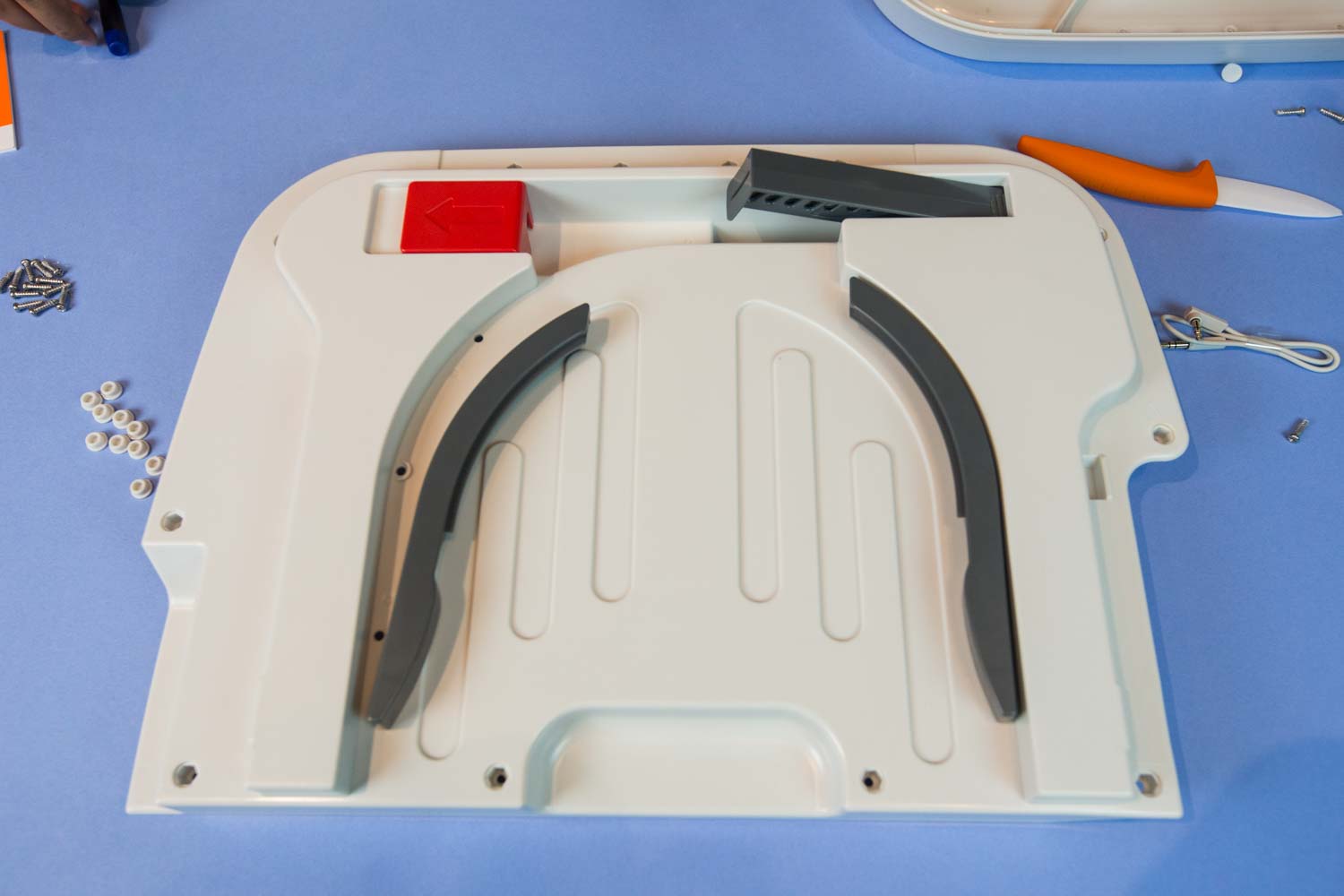 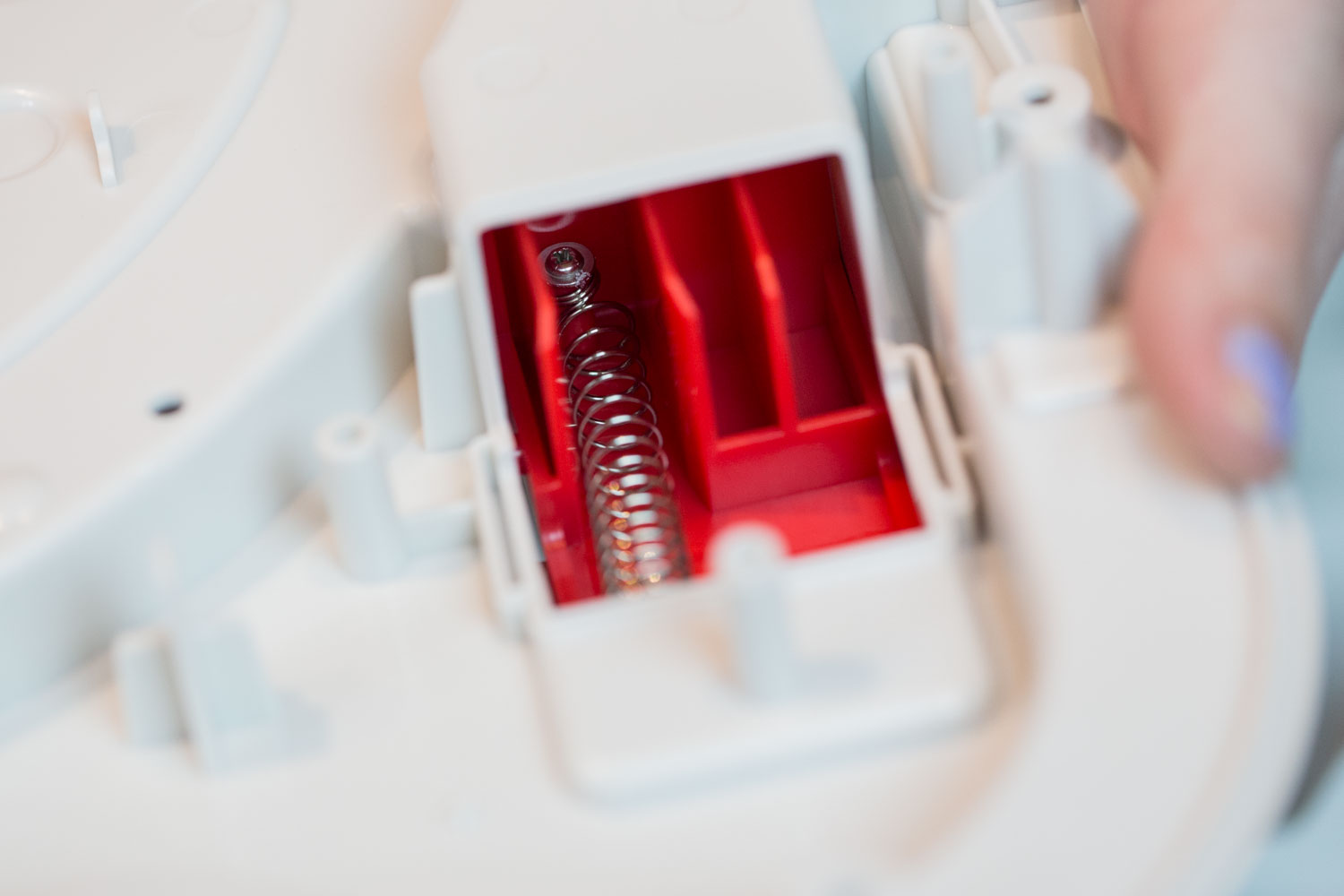 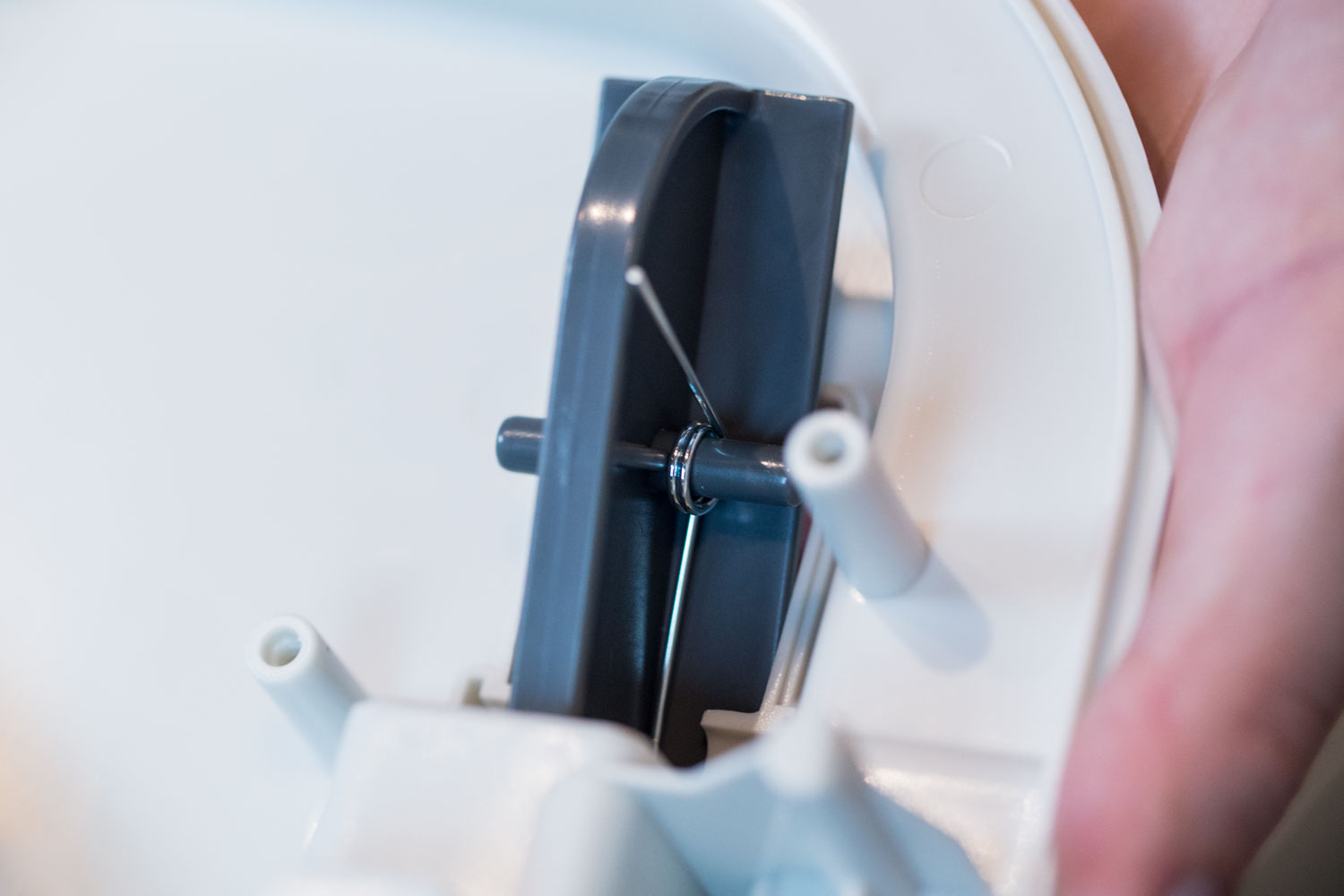 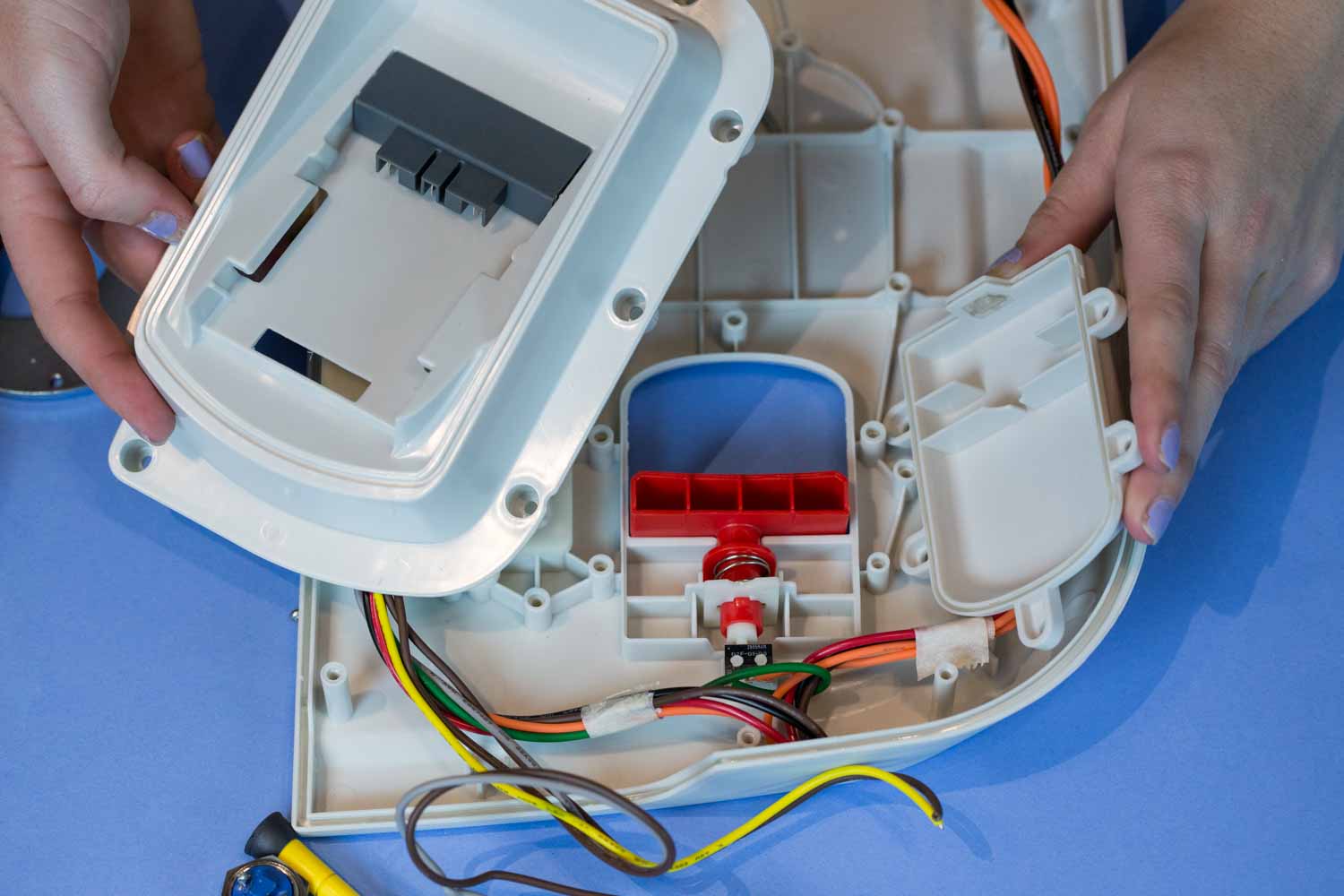 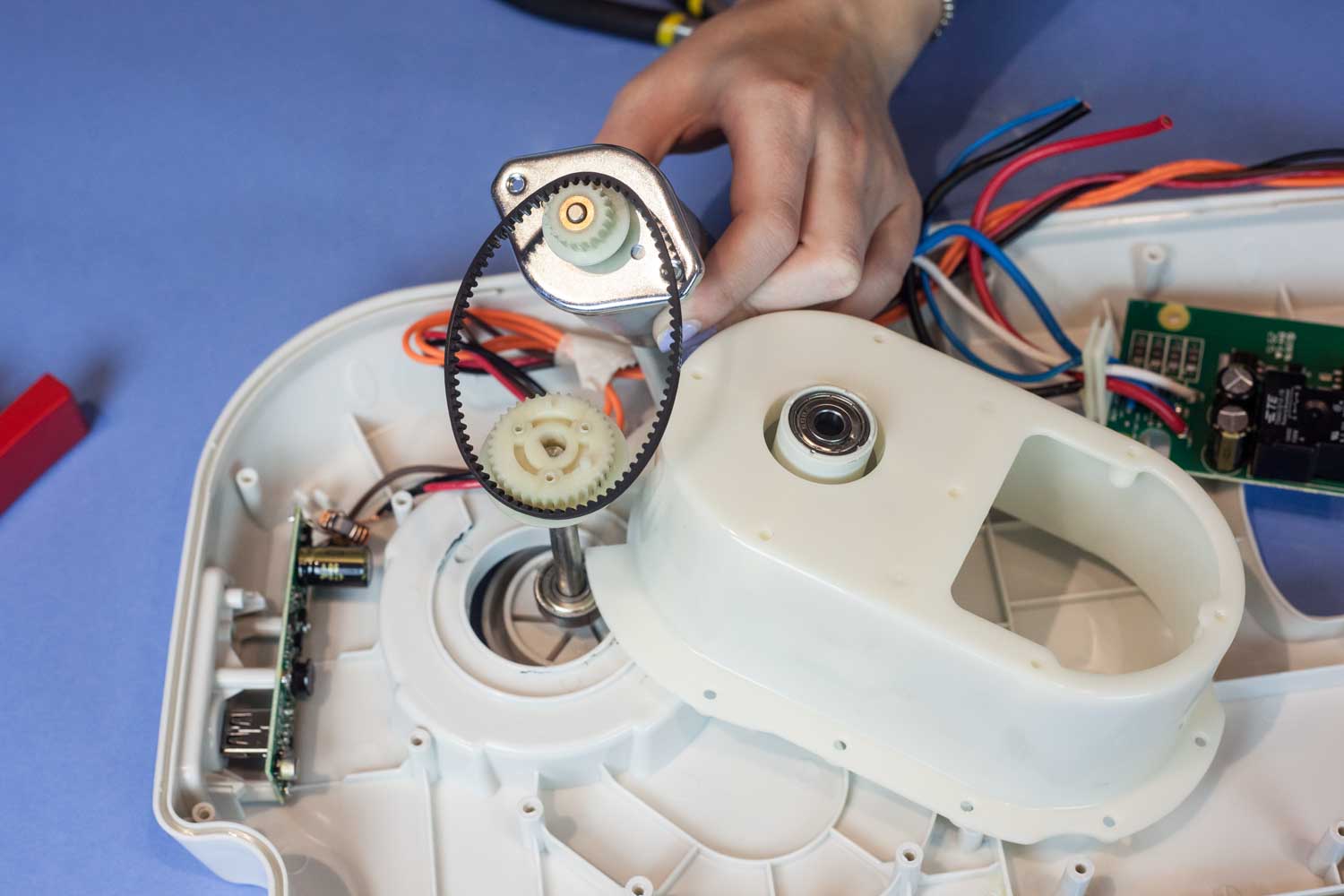 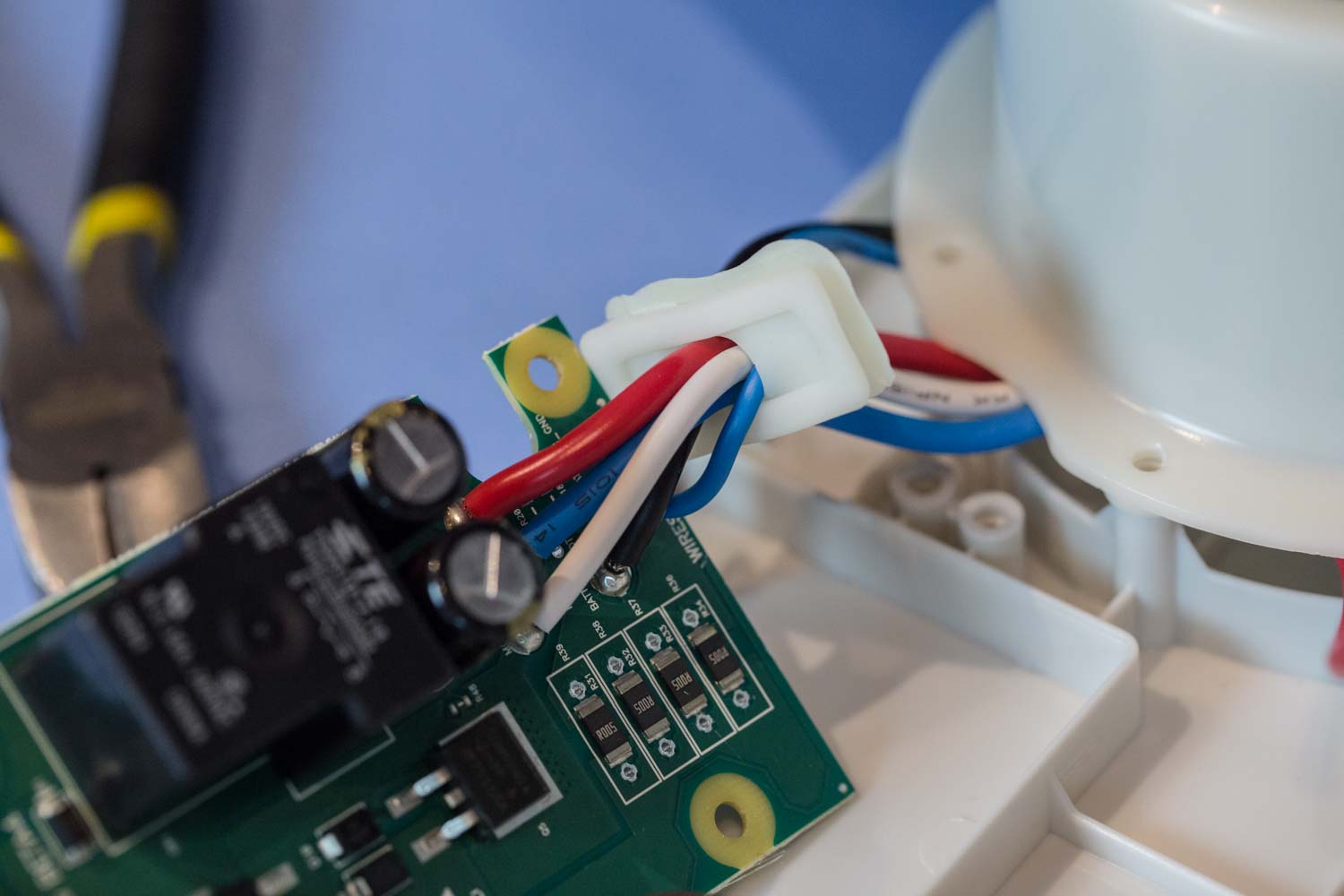 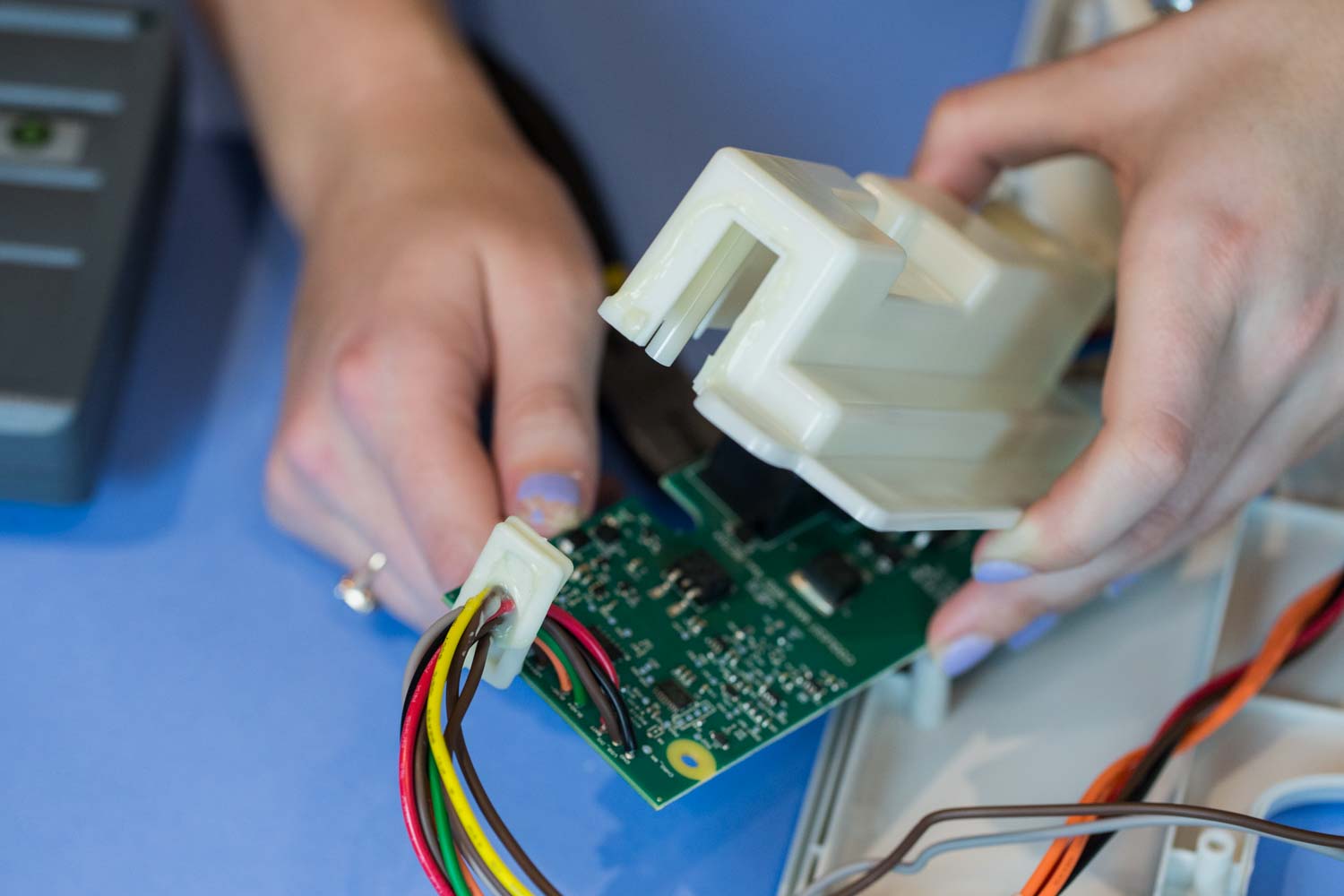 The Coolest Cooler is a great outdoor adventure accessory. The blender was surprisingly effective, and the speaker provided some great music for us as we tore down the main body of the cooler. I still mourn the loss of the cooler and want one of my own to use this summer.

While I personally loved the use cases of the cooler, its manufacturing couldn’t have been easy. Often, a designer’s choice is between easy design for manufacturing or easy design for assembly. (Complex parts that do multiple things make assembly much easier, but increase upfront tooling cost, while simple parts make machining and tooling less expensive, but increase assembly time.) Obviously, the above example isn’t always true, as our teardown shows.

The number of specialty injection molded parts must have made up-front tooling costs extremely expensive and must also have increased lead time as the tools were cut. And the number of individual features and sub-assemblies needed to add in the things that made the cooler “cool” increased the assembly needed to create the final product.

Overall, the main driver for lead time and price would be those small features that really set the cooler apart from its competitors. The blender, for example, added a complex electronics component that required a specialty housing to ensure the pcb wouldn’t get wet. The main body was made using the same process numerous other coolers use and didn’t redefine what it means to be a cooler—the accessories that came with the Coolest Cooler took care of that.

If the designers had slightly more time to design the “coolest” individual features into the main body of the cooler, it might have decreased up-front cost and assembly time. Decreasing the number of parts in each sub-assembly (like consolidating the speaker housing into 3 parts, instead of 5) would lower up-front costs for tooling and limit the amount of assembly needed for the cooler.

The makers of the Coolest Cooler were crunched for time when bring this product to market, which limited the amount of time they could spend streamlining their design. But this is a great lesson for designers everywhere to learn—limiting individual, complex parts and necessary assembly will make your designs…cooler.

If you found this teardown helpful, you'll want to check out our Google Pixel Buds vs. Apple AirPods & Halo Sport Headphone teardowns. To get the next one in your inbox, be sure to subscribe below! 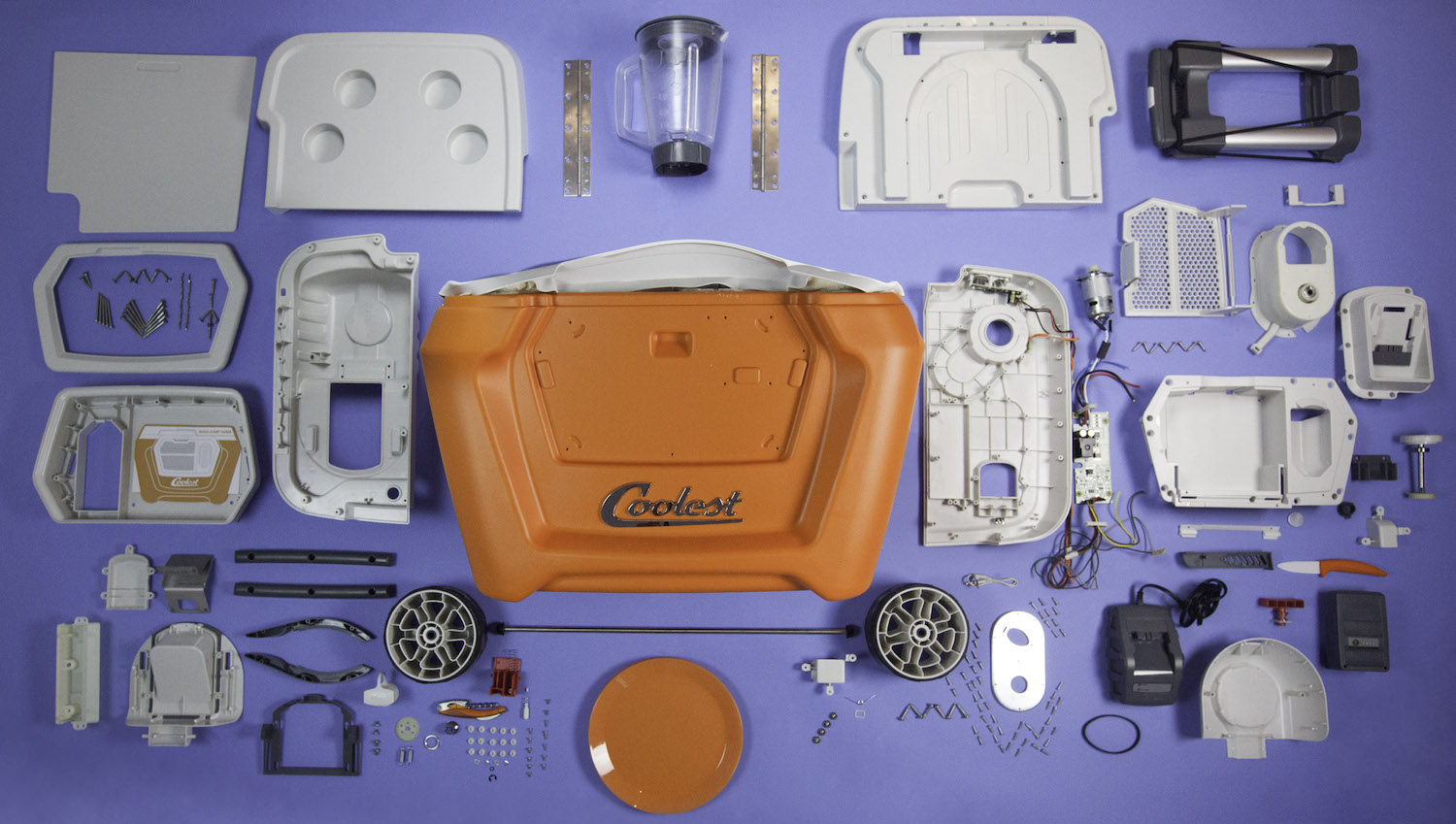