To transform an idea into a commercially-viable hardware product requires vast reserves of curiosity, creativity, and grit. But there are so many valuable learnings along the way that can make the process of hardware development more seamless and efficient. Things like: part symmetry is your friend. And you should never underestimate the value of strategic planning before fabrication.

At Fictiv, we’re committed to documenting this knowledge to make hardware development easier and more accessible, to unleash the next wave of innovation in engineering and design. That’s why each year, we create our State of Hardware Report, to help engineers and designers deepen their understanding of their fields, careers, and industries and also democratize information around product development and manufacturing.

In 2016, we surveyed 213 engineers and designers, sharing insights around the prototyping tools most frequently leveraged, the most popular CAD programs, how companies budget for different product development stages, and lots more.

This year, over 340 engineers and designers participated in our State of Hardware Survey, telling us about their most utilized tools and knowledge resources, the criteria they use to make important career and work decisions, and even their most wished-for super power, to name a few.

The State of Hardware Report is a big community effort—help us share the report with more people by sending it onto a friend or colleague.

Short on time? You can download the full 20-page PDF version of this report here: 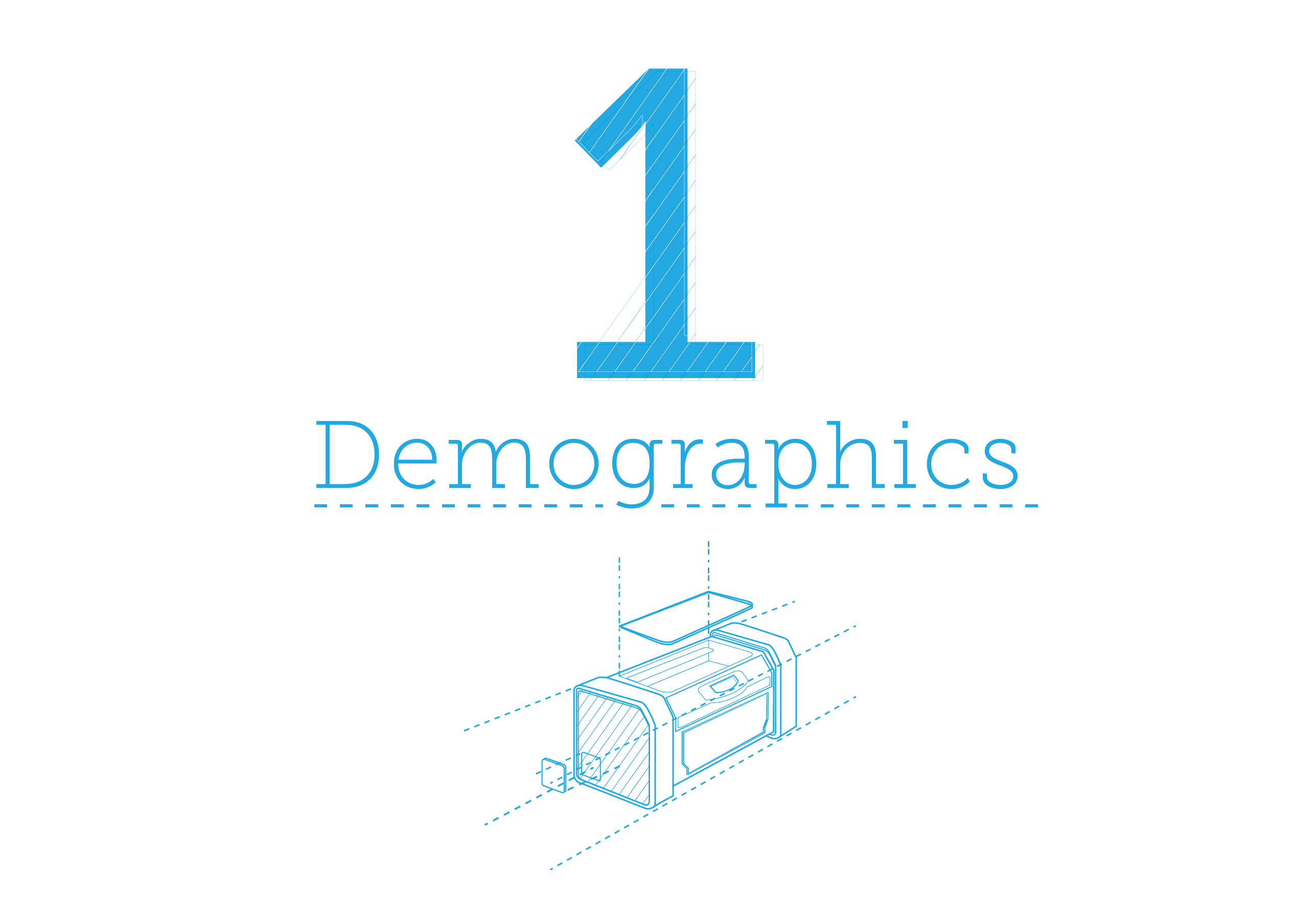 Who Our Participants Are

Our distribution of respondents lean heavily toward caucasian men -- we saw a similar distribution in our 2016 survey and there does not seem to be a shift in trend.

The age of our respondents is heavily represented in the 21-29 range. 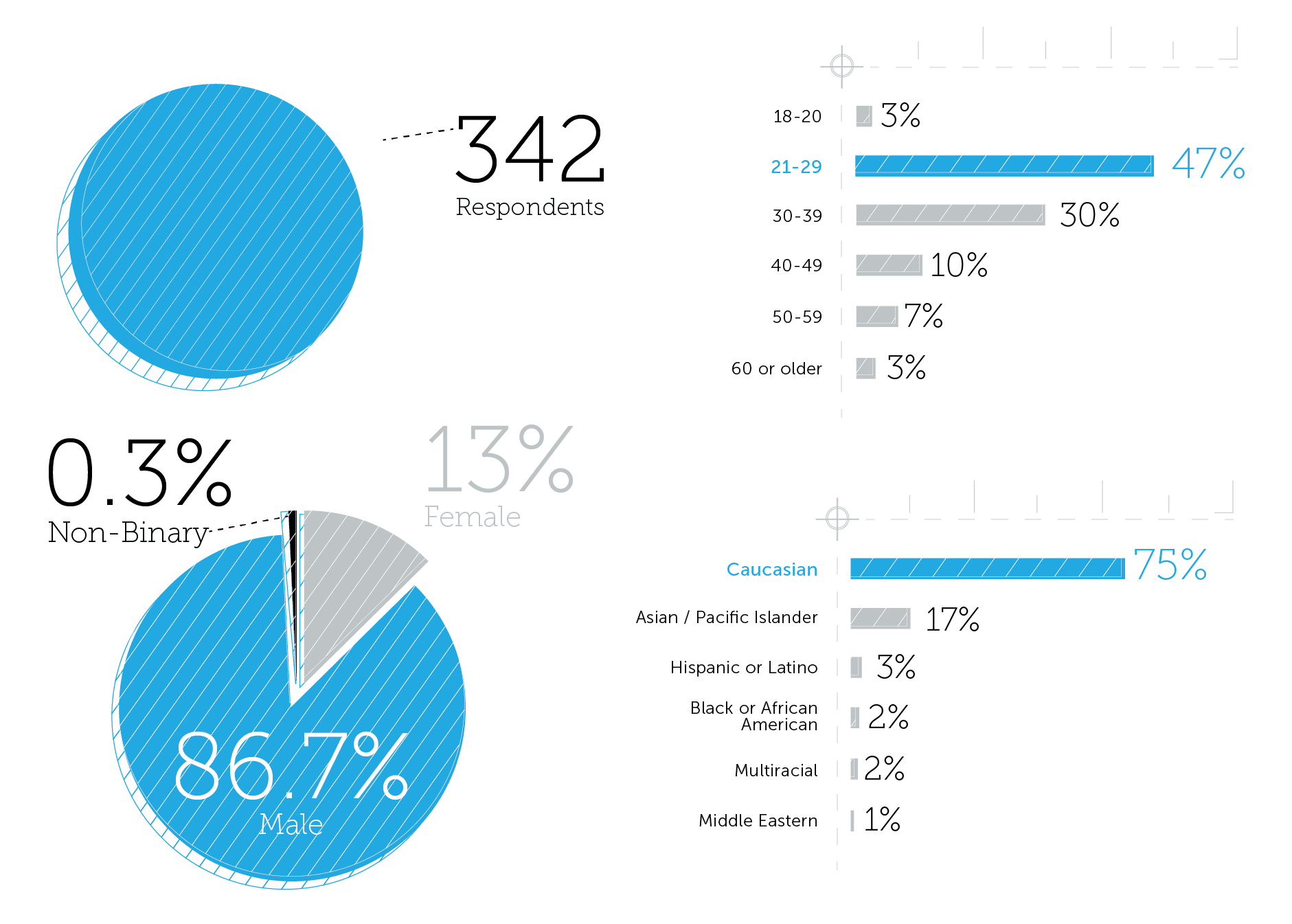 Mechanical Engineers made up the majority at 28%, with engineers collectively representing 80% of all responders. 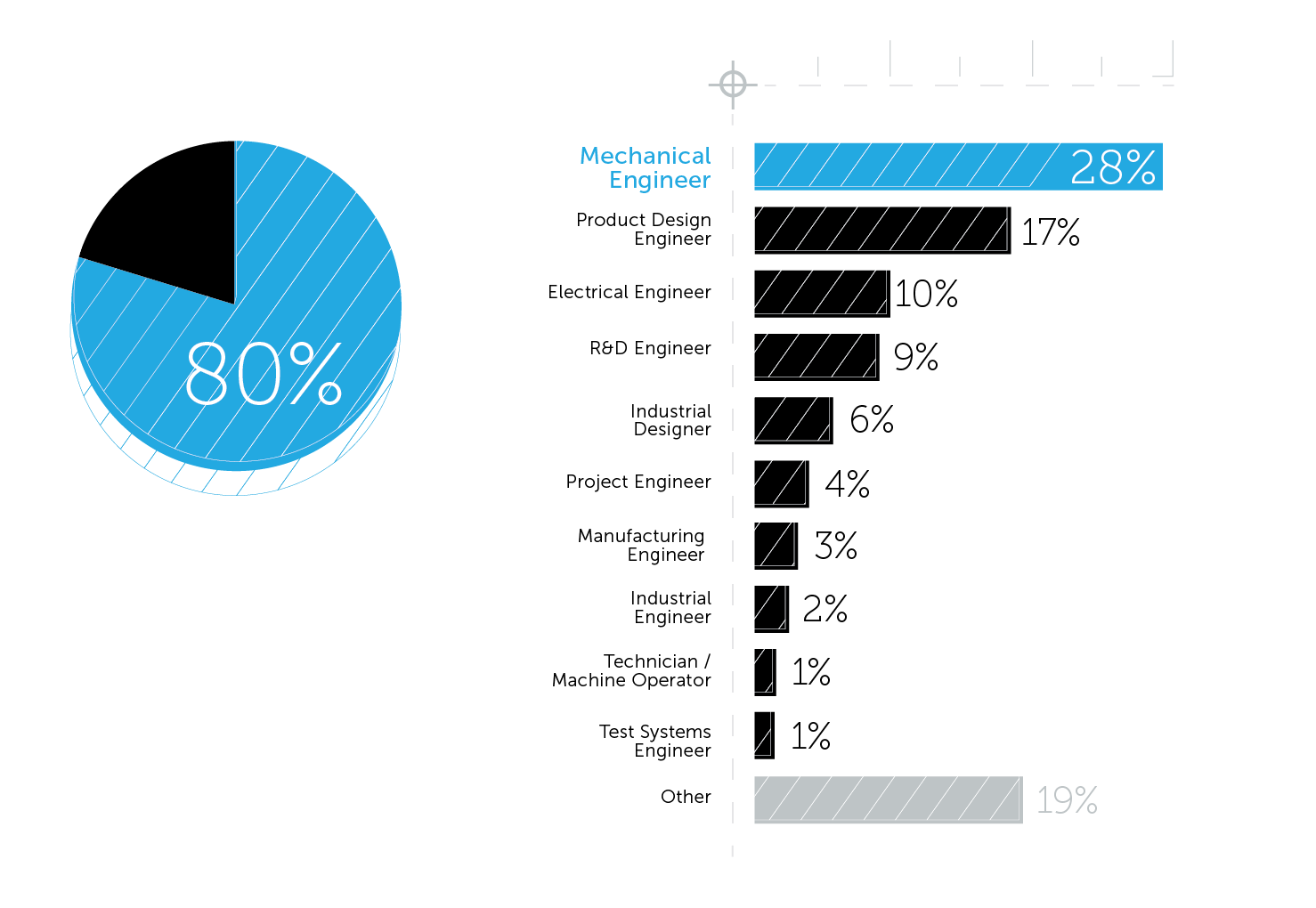 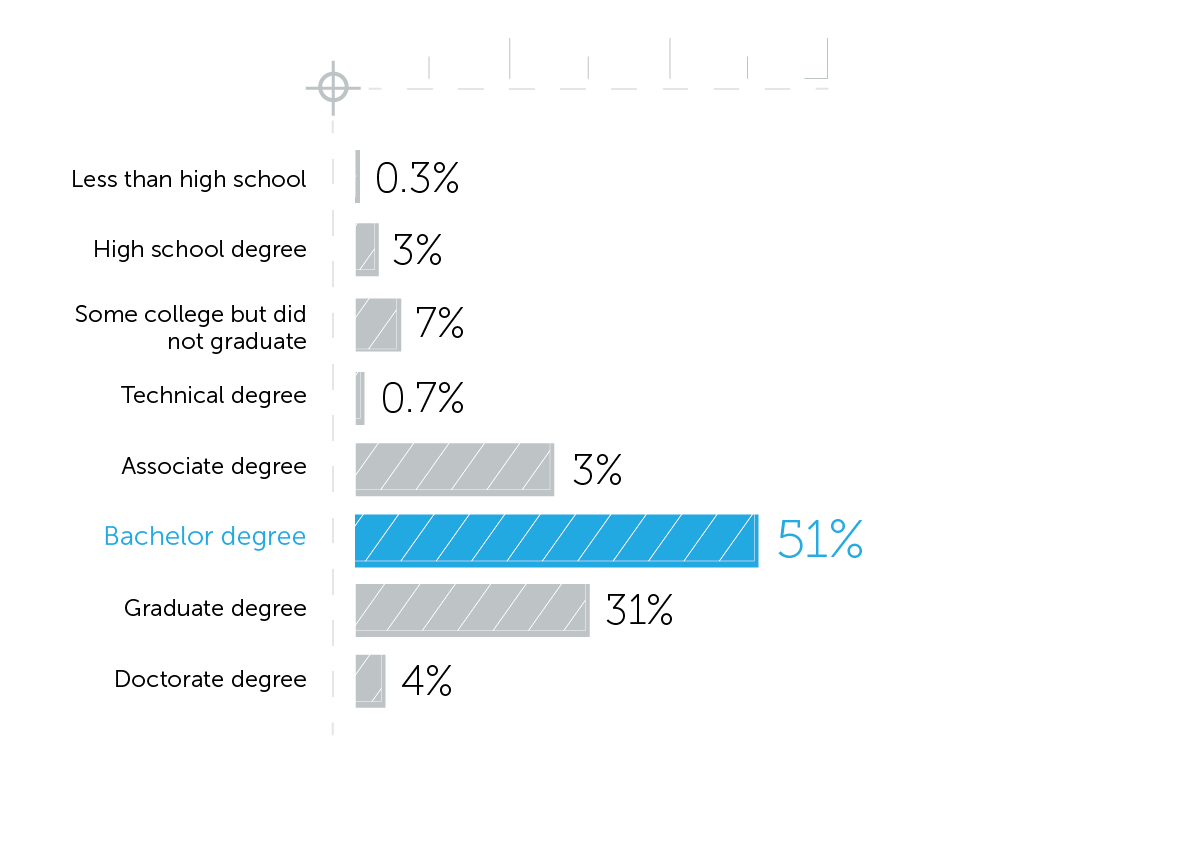 Nearly four out of five of all respondents are from the United States. Canada and Germany hold the second highest number of respondents.

Additionally, nearly two thirds of all United States respondents are from either California, Massachusetts, or New York. 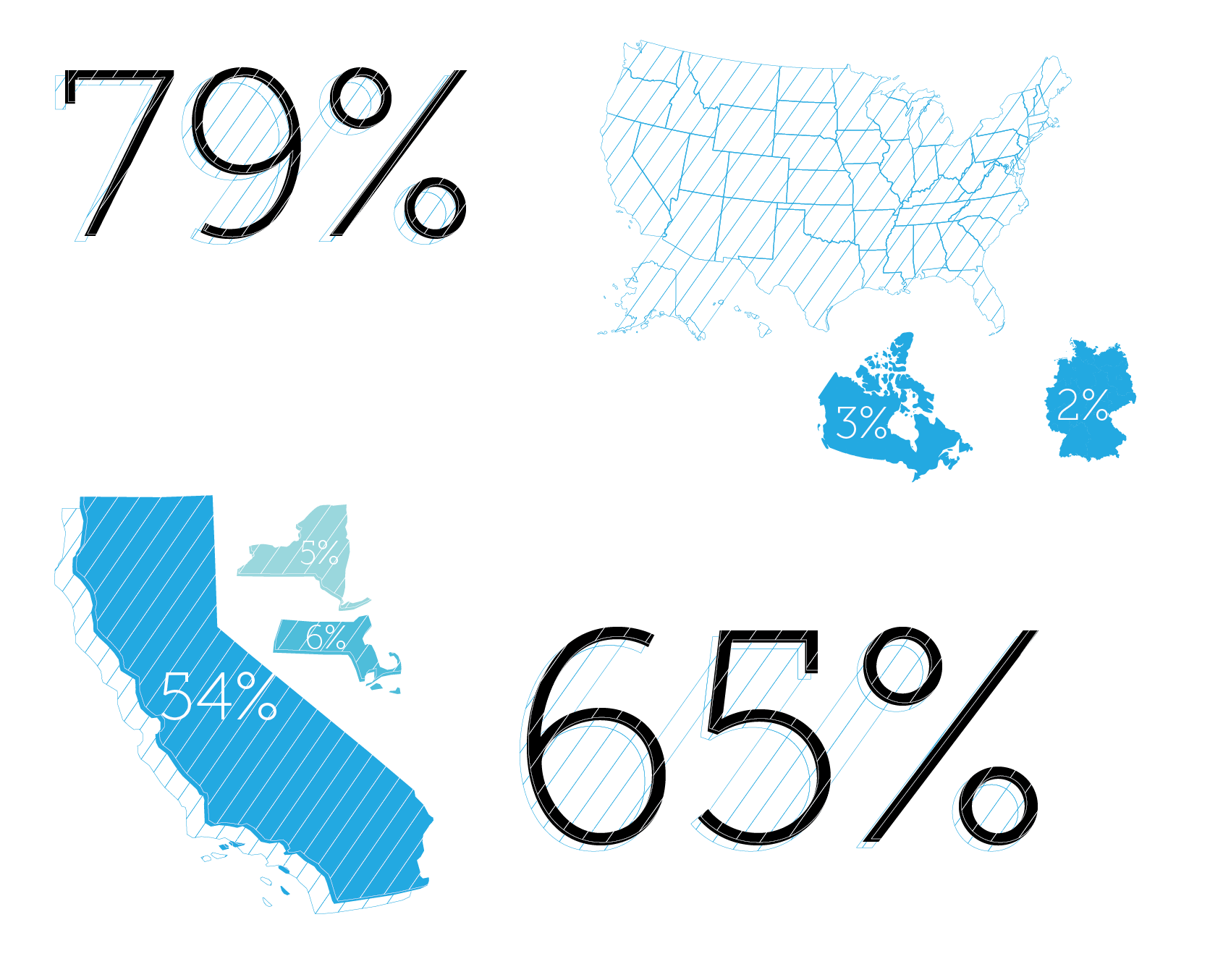 Nearly one third of all respondents work in the consumer electronics field. Medical and Education rounded off the top three. 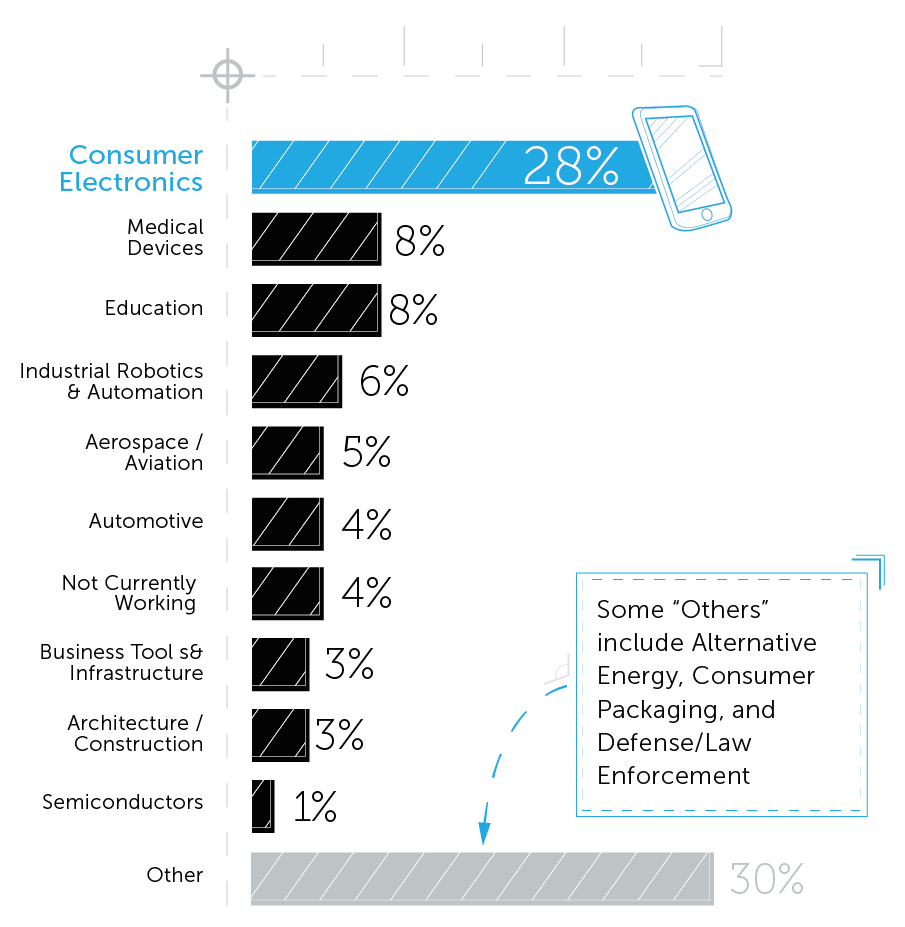 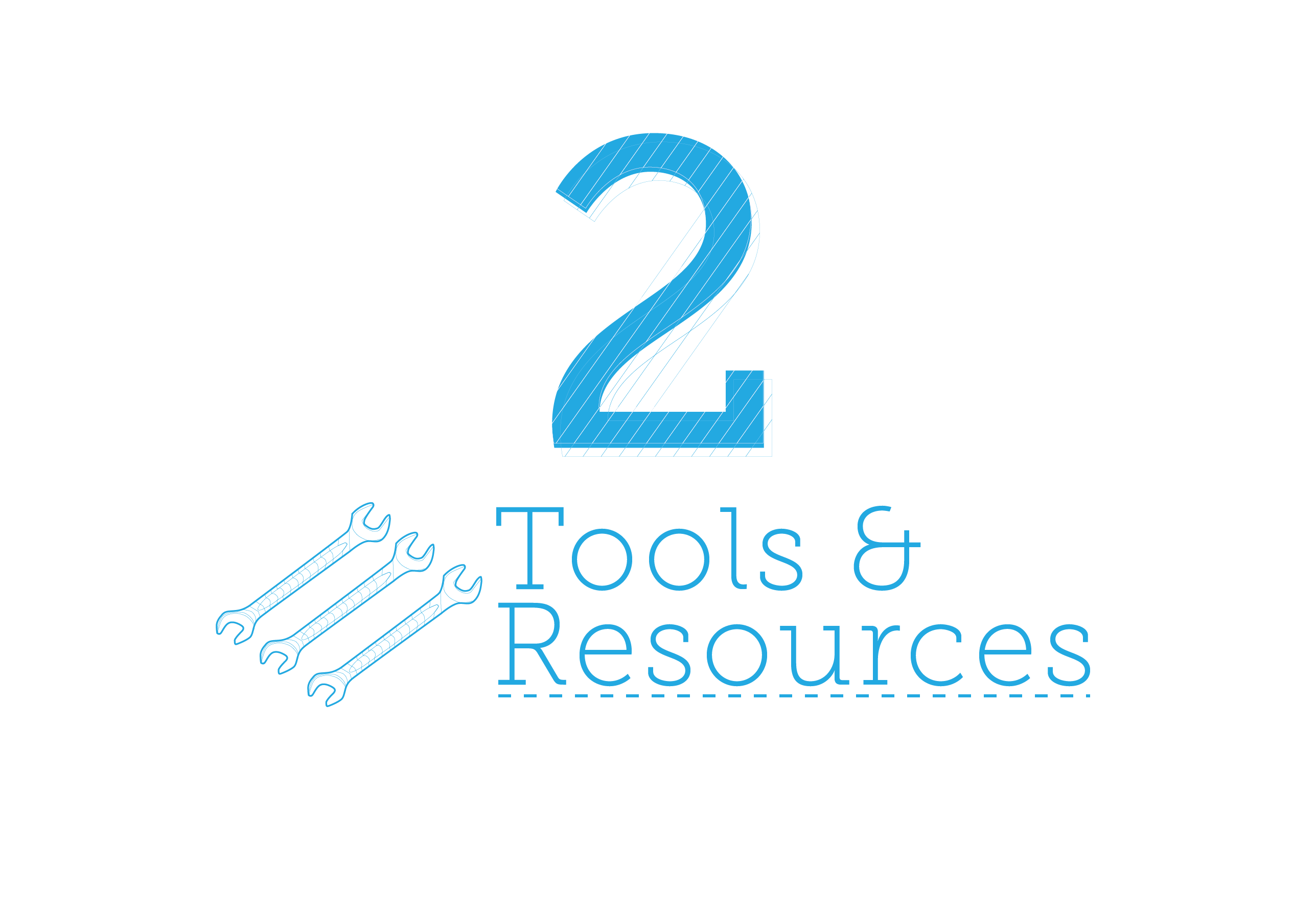 For this question, respondents were encouraged to select more than one tool based on frequent usage (i.e. used for almost every project). We listed 18 Mechanical Engineers and Electrical Engineering tools, with an "other" option to input anything.

The responses show that in addition to CNC machining, SLA 3D printing and laser cutting make the top 3 for most engineers and Breadboard and Arduino rank highest for electrical engineering tools. 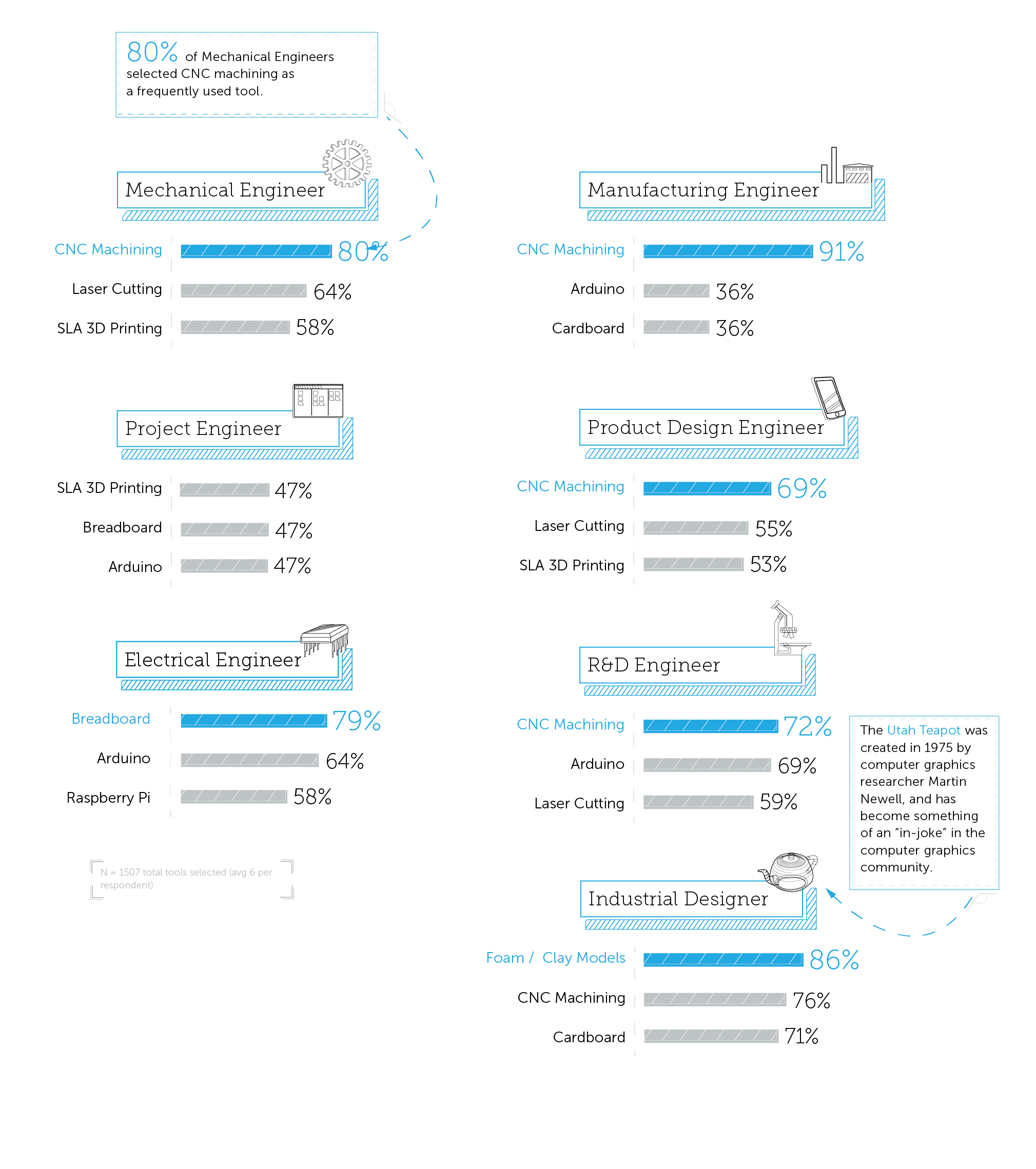 "86% of industrial designers use foam / clay models for prototyping.
#leanhardware"

We asked engineers and designers to share books they rely on to help them learn new skills for their job. With one out of five readers recommending it, Machinery's Handbook ranks as the top reference for fundamental manufacturing knowledge. 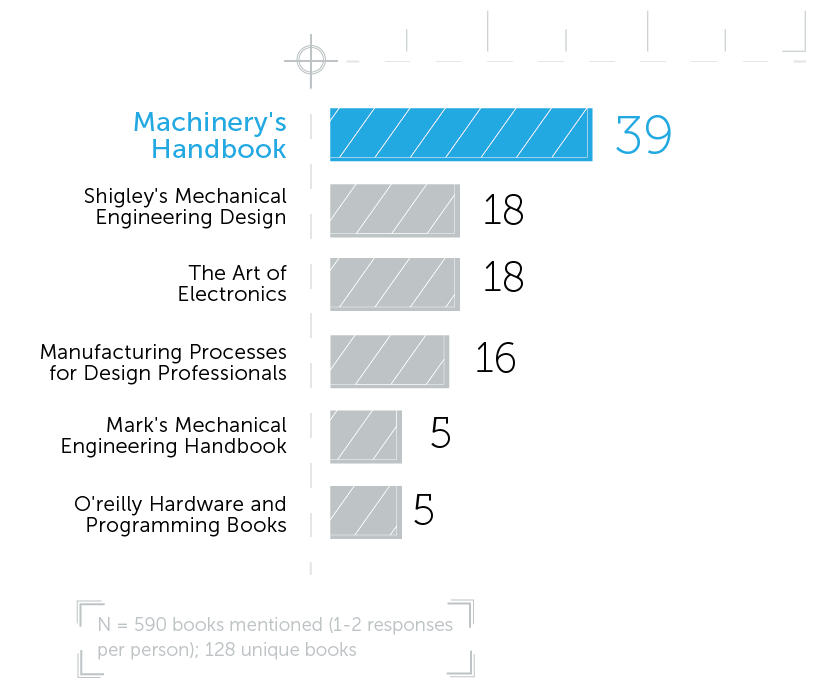 The responses show that YouTube has become an increasingly more prolific resource for engineers, designers, and makers. With channels like AvE or EEVBlog, YouTube has ushered in a new era of documentation that is just as informative as it is entertaining. 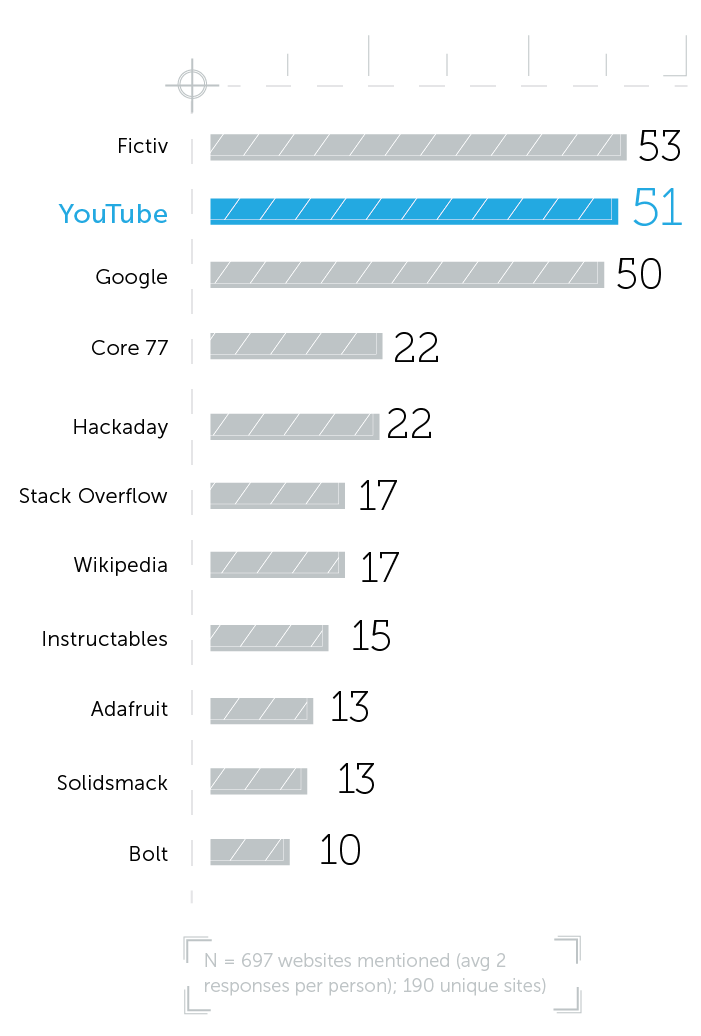 "YouTube outranks Google as a top resource for engineers and designers."

It's no surprise that Solidworks is still the industry standard for CAD software. In 2016 it faired just as well, with 70% of engineers and designers citing usage, often in combination with other software tools.

This year, we asked participants to choose just one preferred CAD software program; in addition to Solidworks, Autodesk & Rhino rank in the top 3. 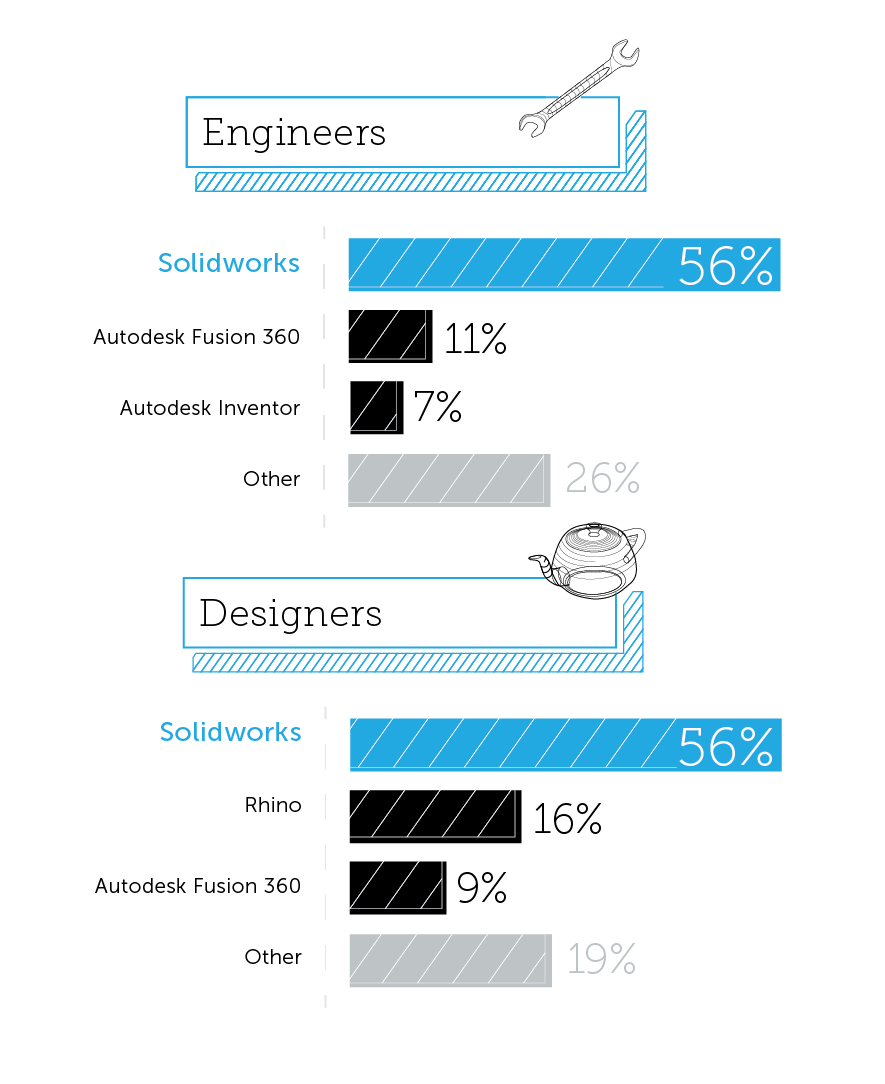 Apparently engineers hate conferences (no, that's not hyperbole--we actually received a response that said so). Either that, or the conferences available aren't all that useful.

Out of the many conferences available, our respondents attended CES (Consumer Electronics Show) and Maker Faire more than any other. 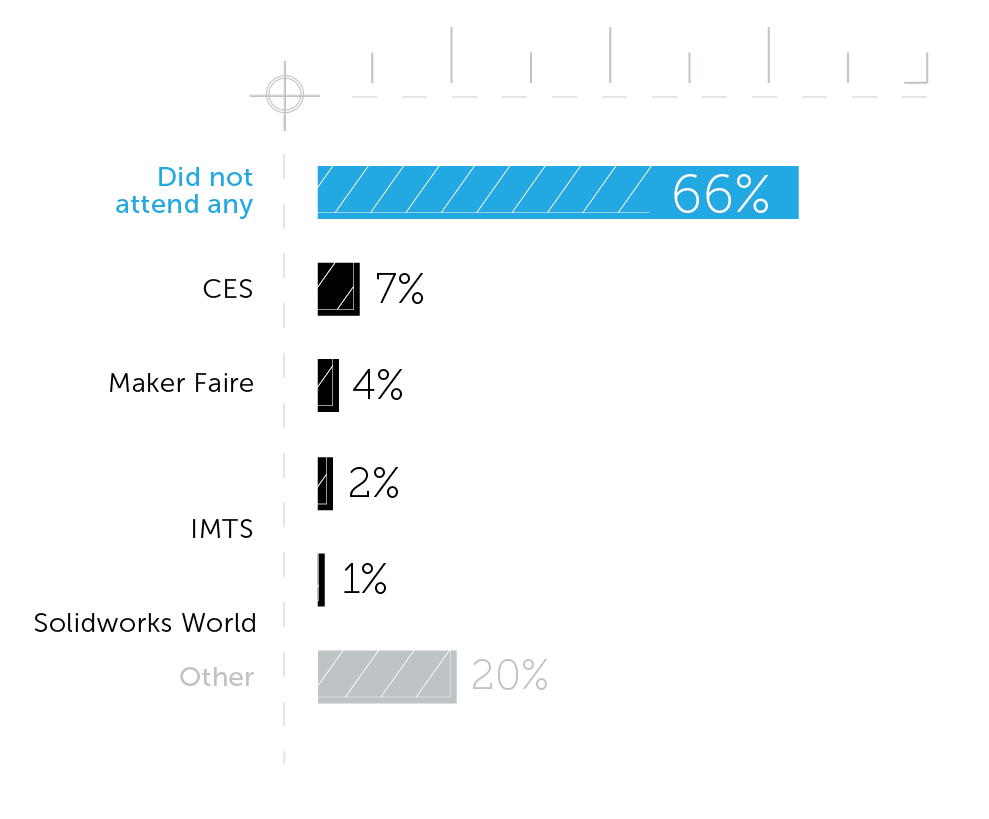 "Engineers hate conferences: 66% of engineers in this survey didn't attend any useful conferences in 2016."

We asked survey participants to write in the most useful hardware product they purchased in 2016. Turns out, engineers and designers are an eclectic bunch and their hardware product preferences walk a consumer/professional line.

From prototyping tools like 3D printers and the Particle Photon, to consumer electronics like the iPhone and Surface Pro, the range of products mentioned vastly exceeds the space on this page. 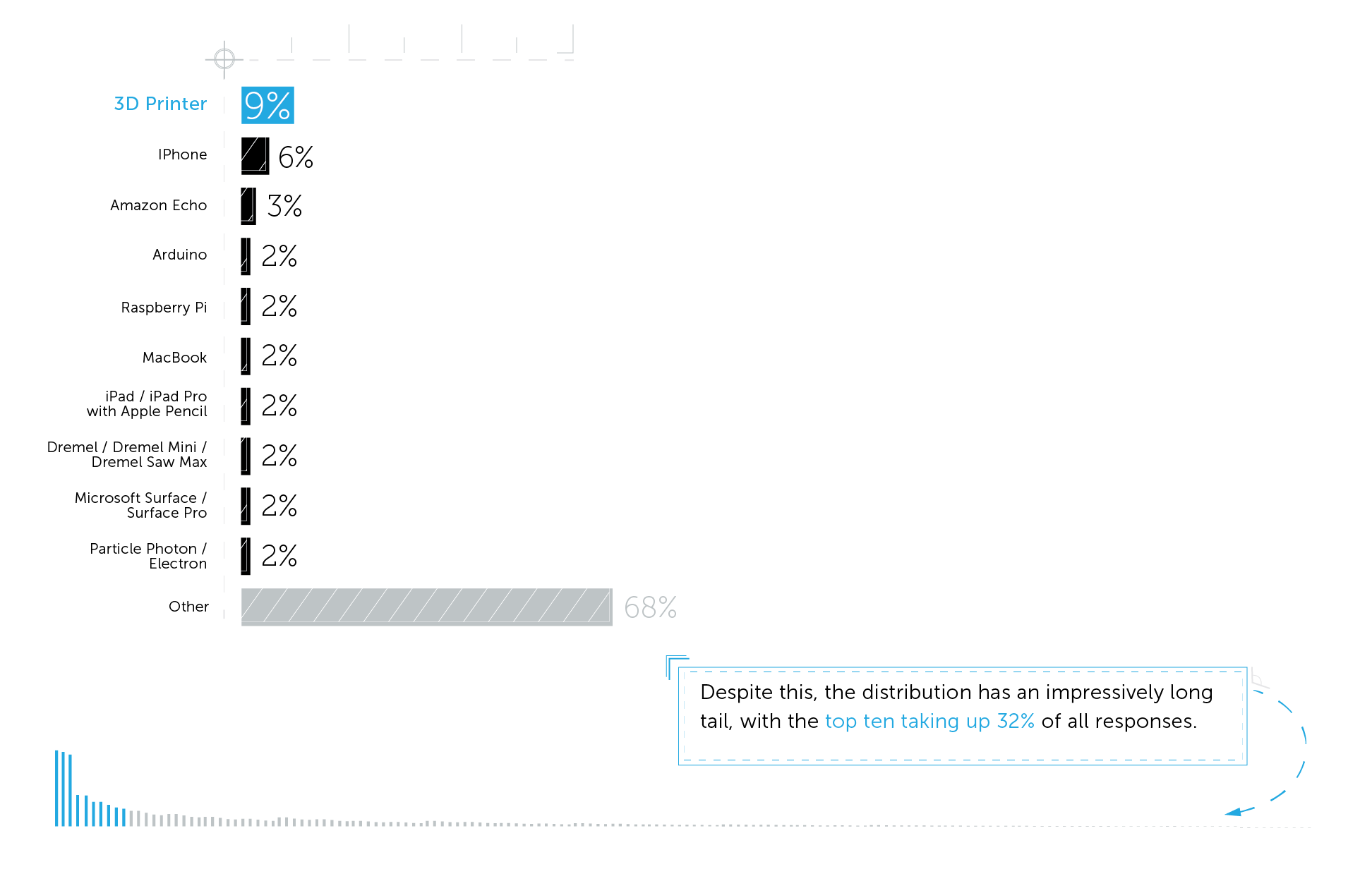 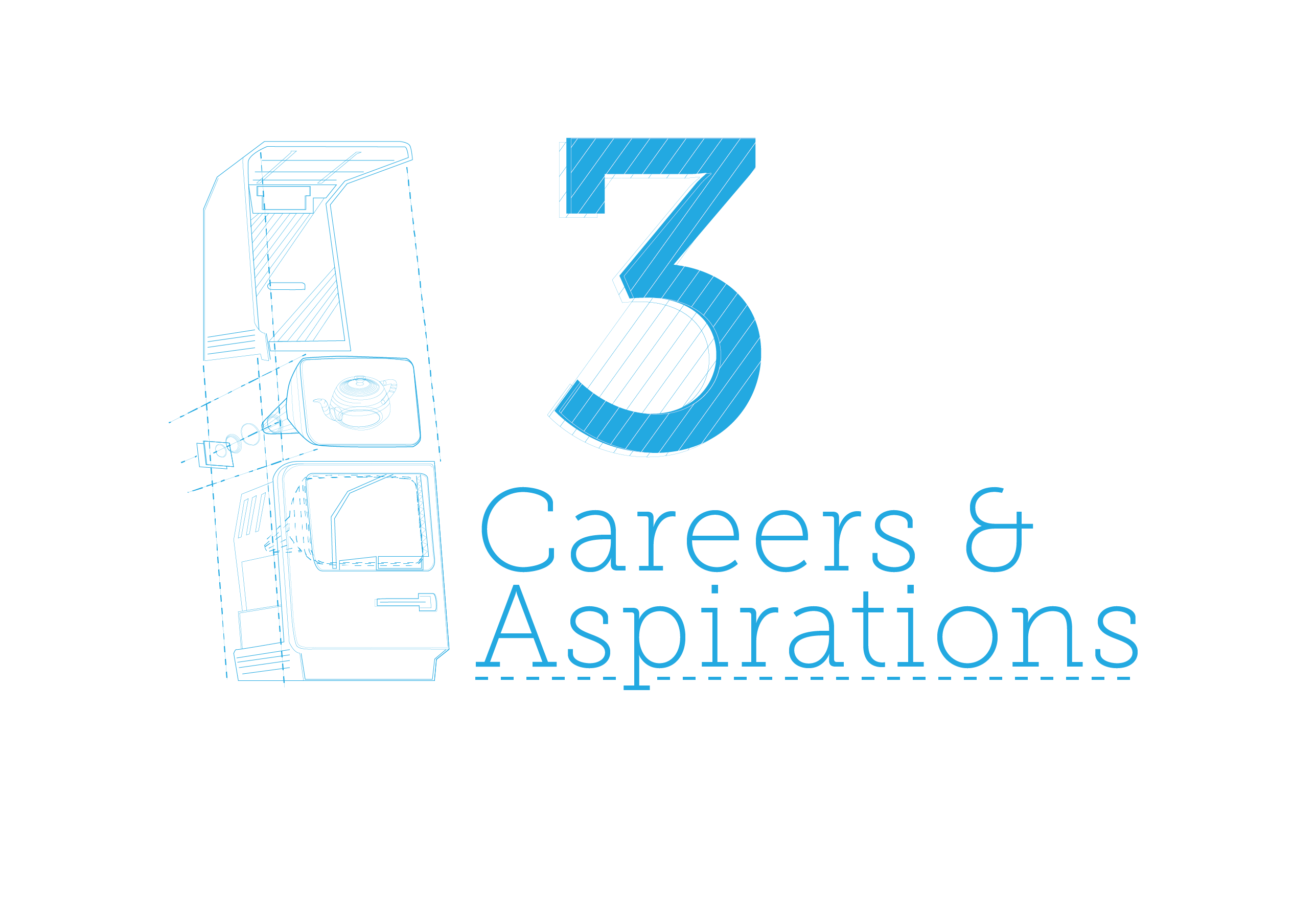 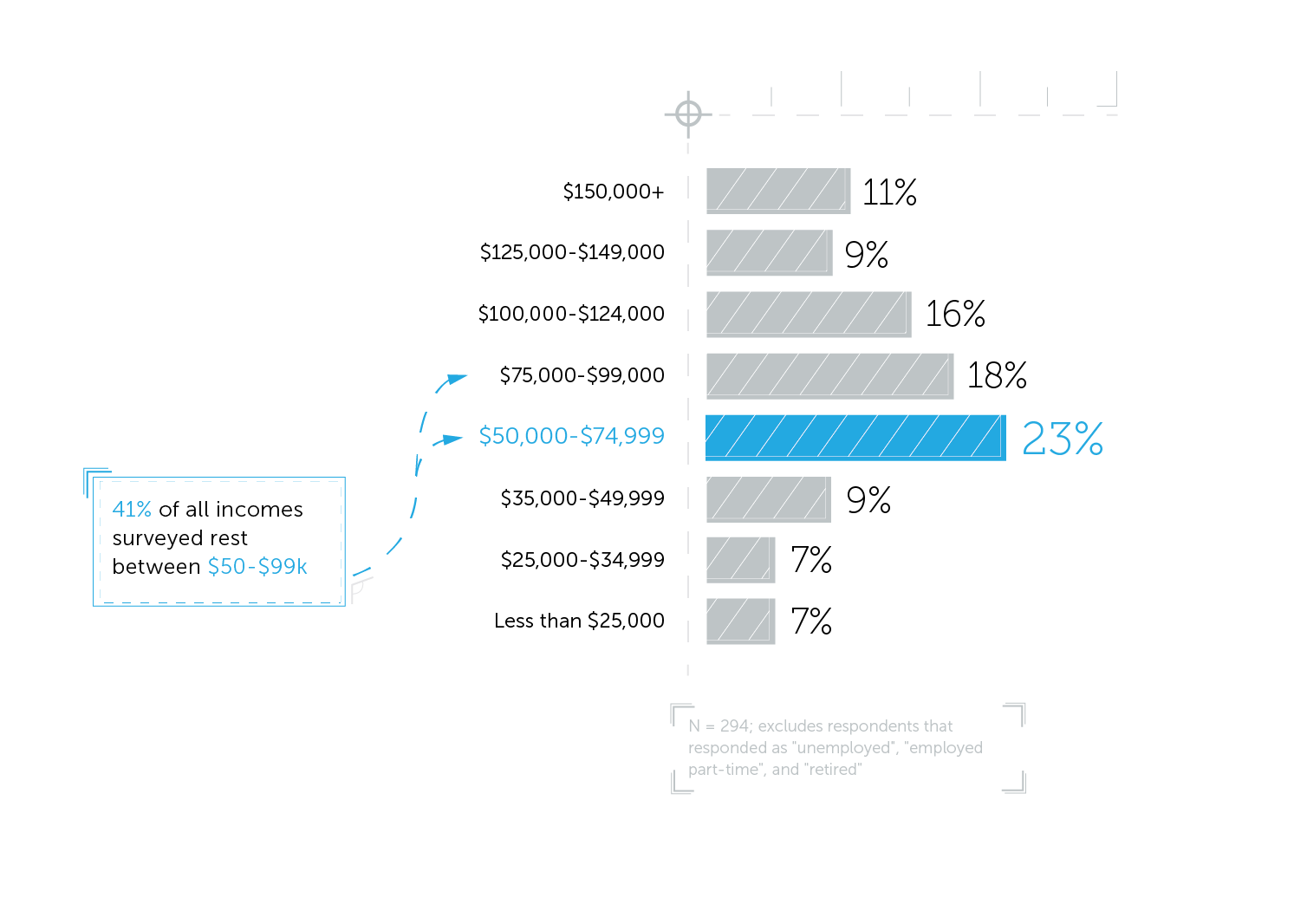 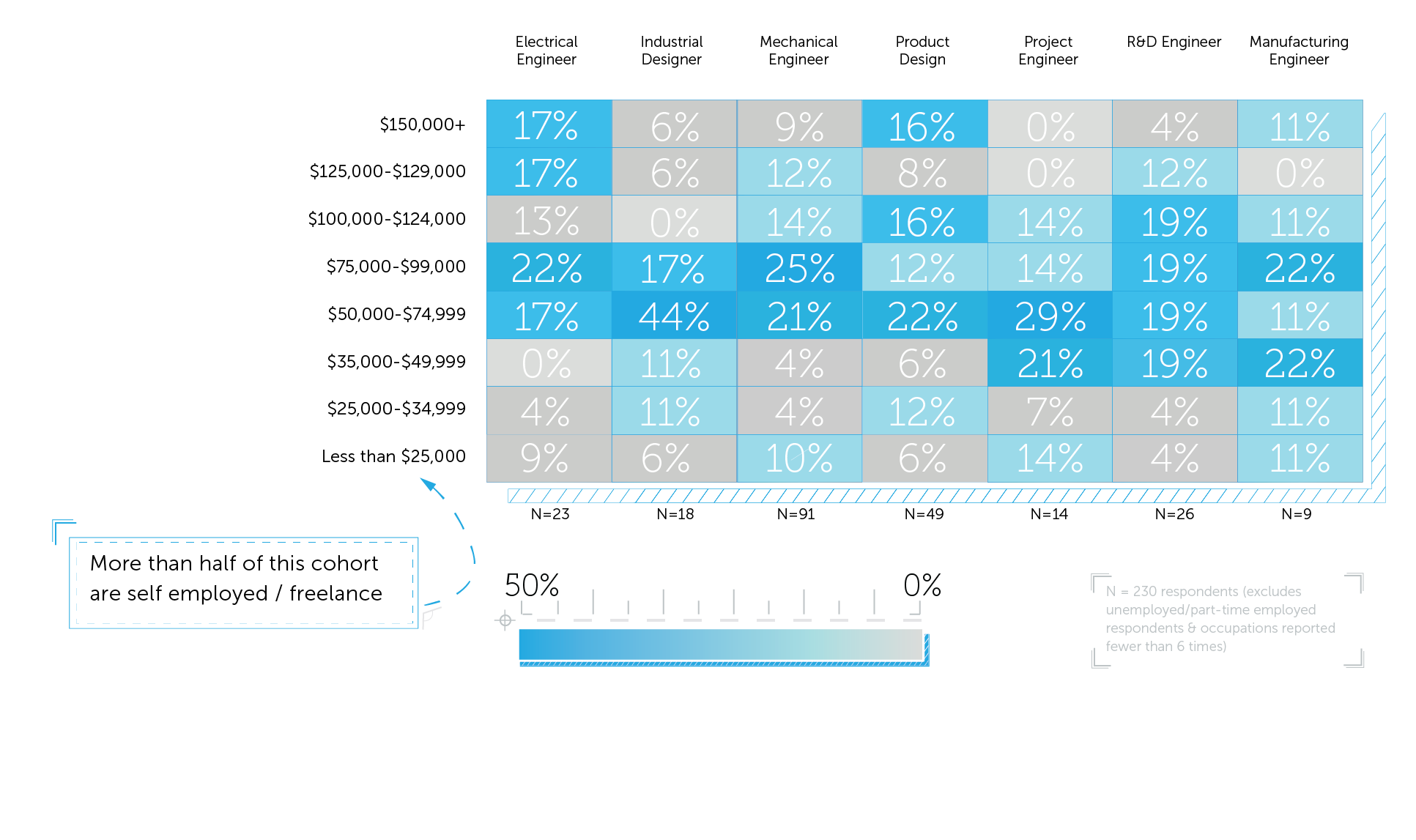 Unsurprisingly, with age generally comes an increase in income, to a point. At age 50 we start to see a drop in income, which could be due to ageism, among other factors. 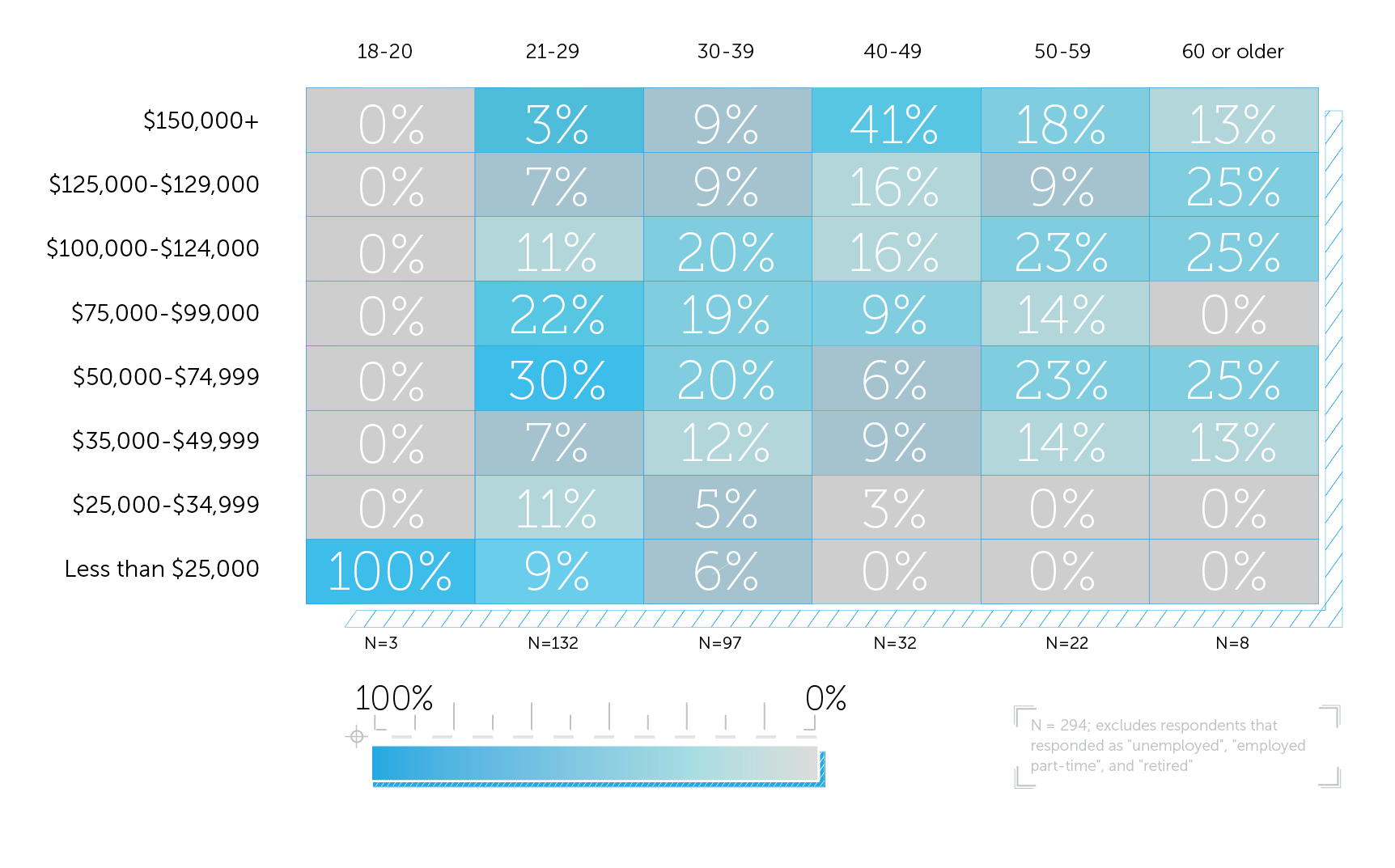 According to our survey results, higher education is a strong indicator of higher income, with some exceptions.

There seems to be a degree of diminishing returns after getting some college education. Having a Graduate's Degree does not assume an increase in income and while holding a Bachelor's Degree provides a higher ceiling of income, it's possible to only complete some college and still get paid more than having a Bachelor's or Associate degree. 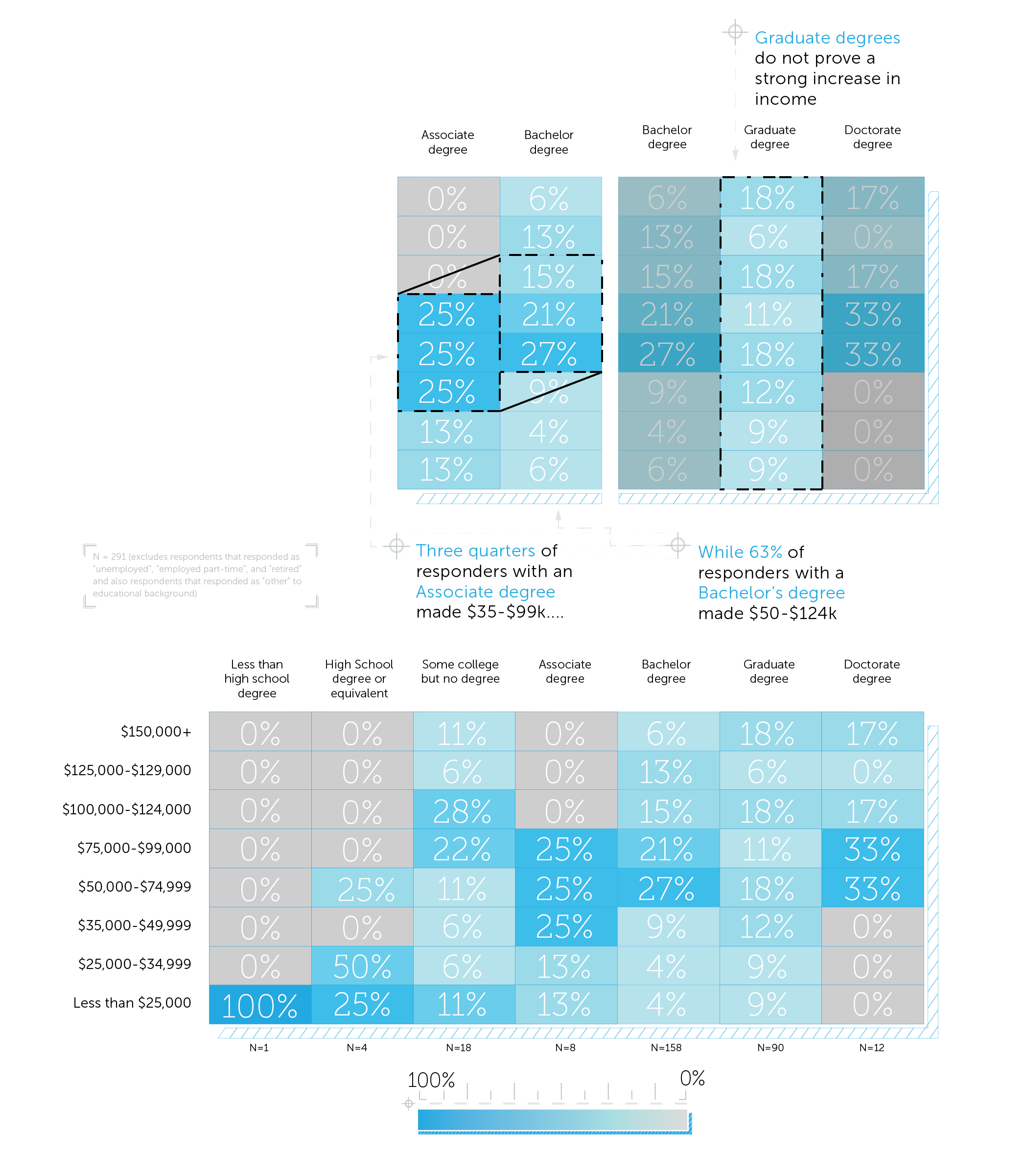 "Engineers & designers who drop out of college can still make more money than degree-holders." 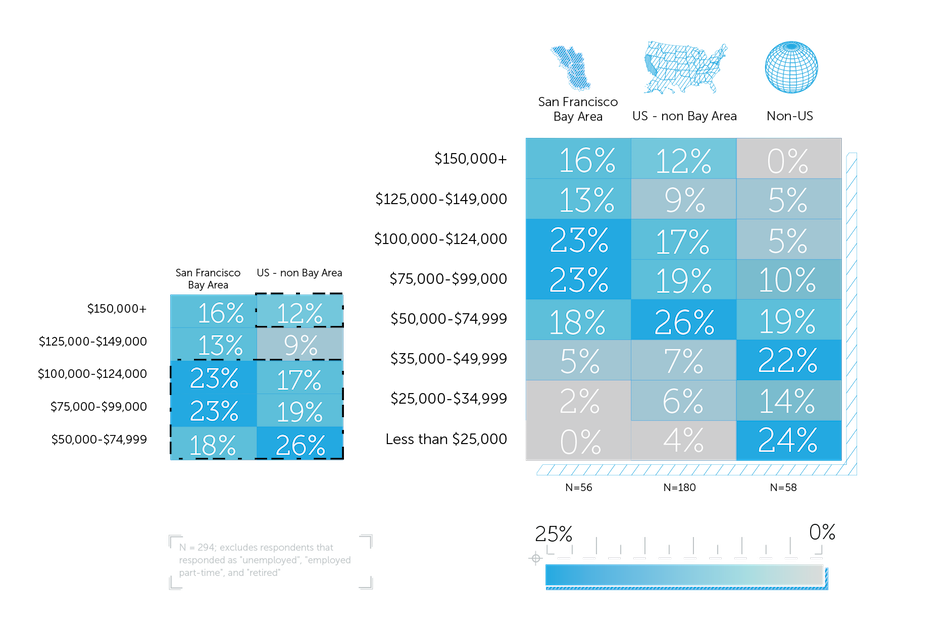 We asked respondents to rank a set of criteria related to evaluating a new job opportunity. The values here show the weighted average scores.

As employees age, there is a shift in priority when looking for new employment. While work environment and purpose are the most important factors from ages 18-29, financial position takes priority from 30-39. Employees in the latter years of their career choose many of the same preferences they sought earlier. 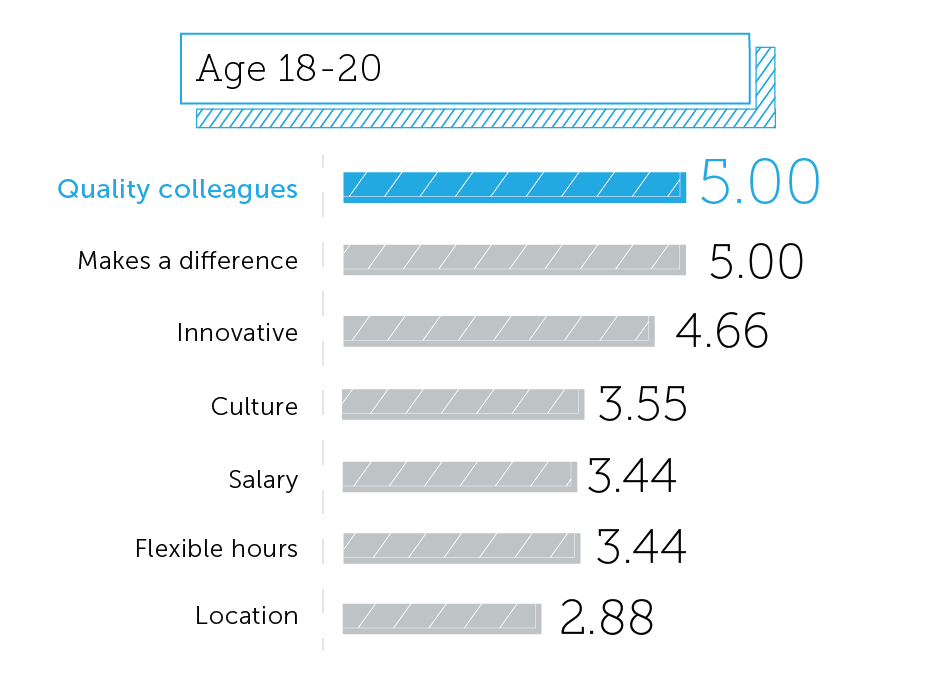 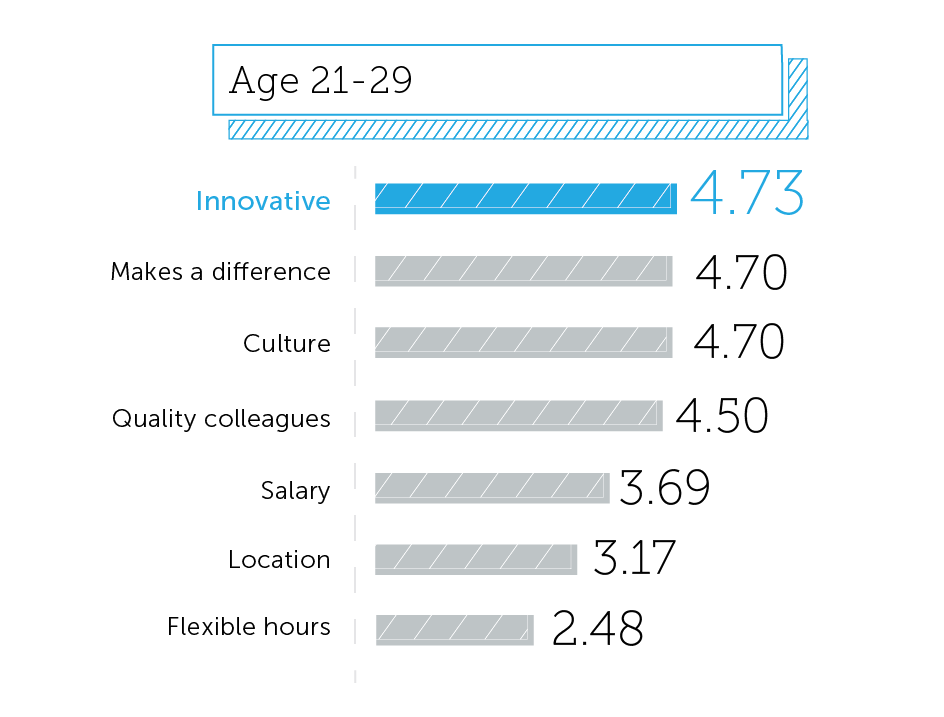 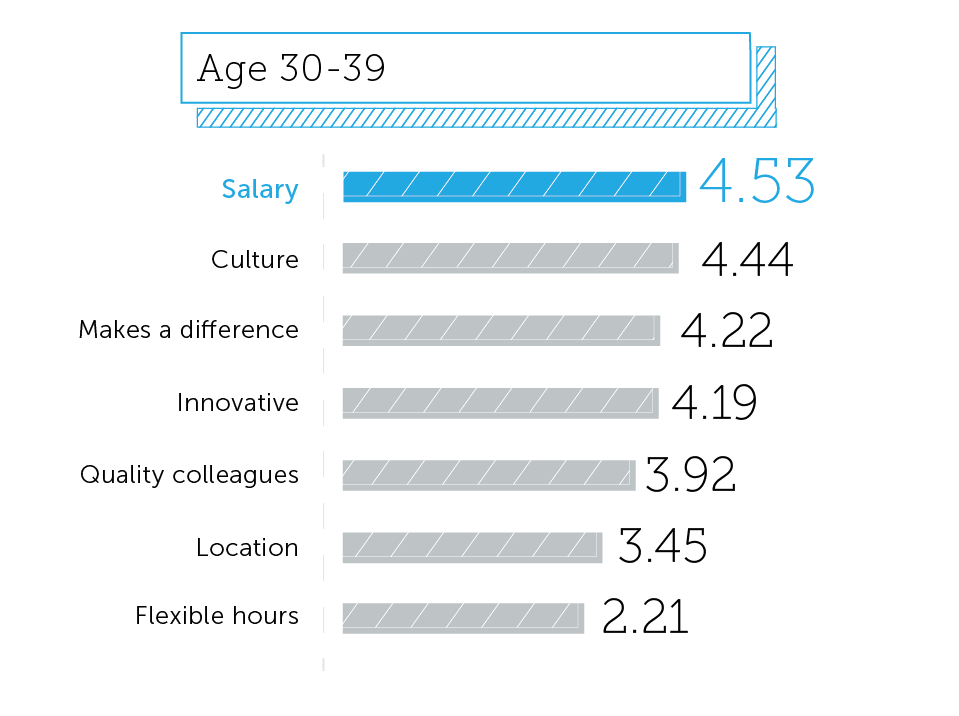 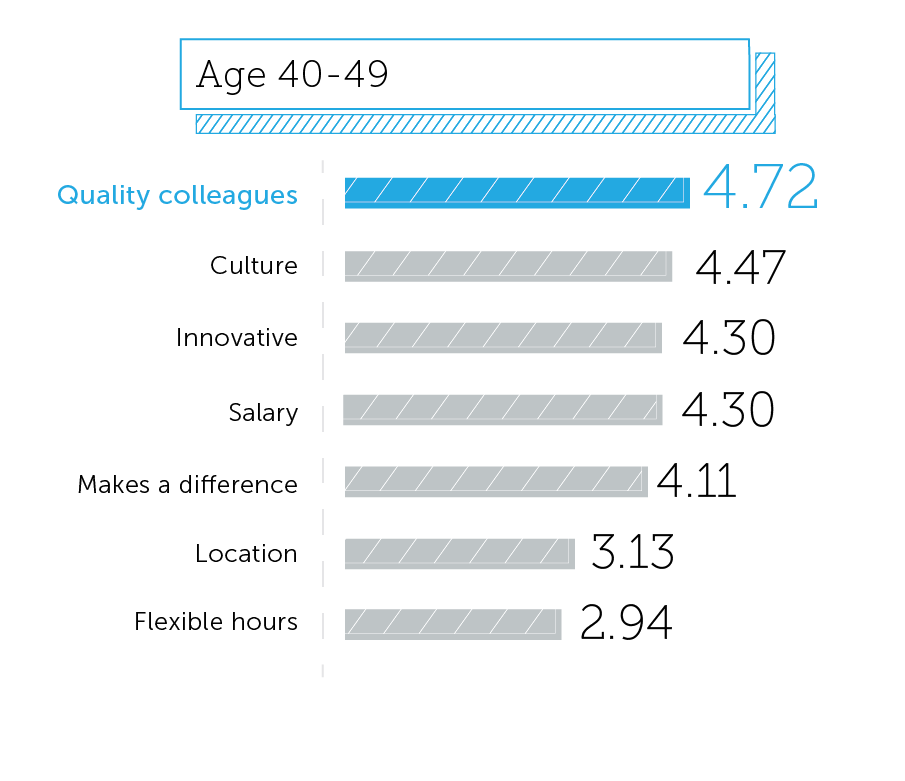 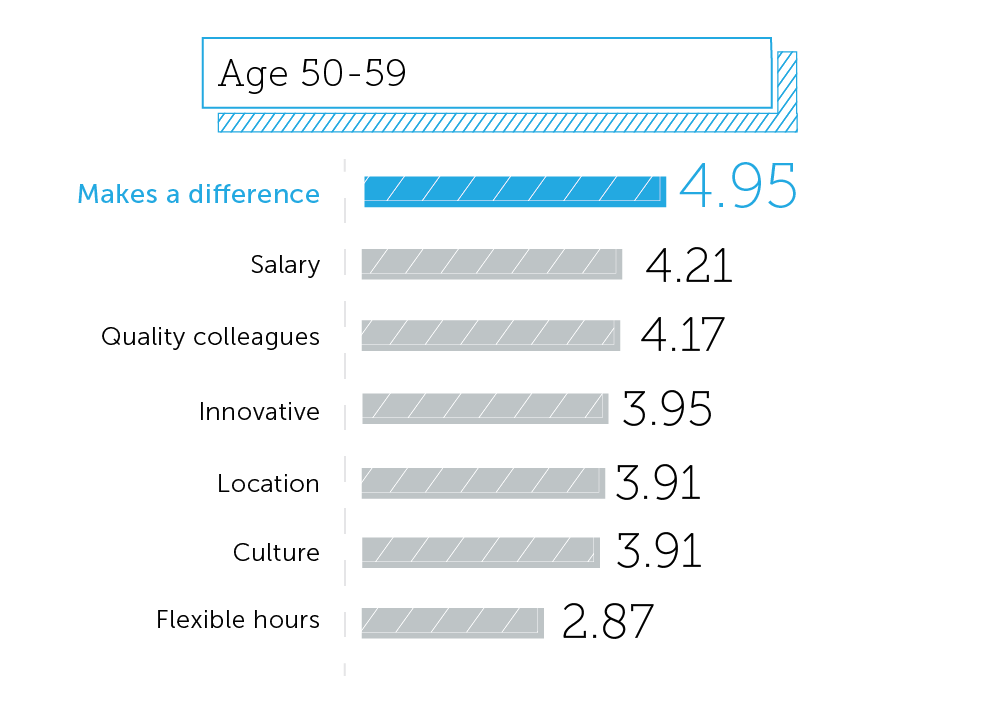 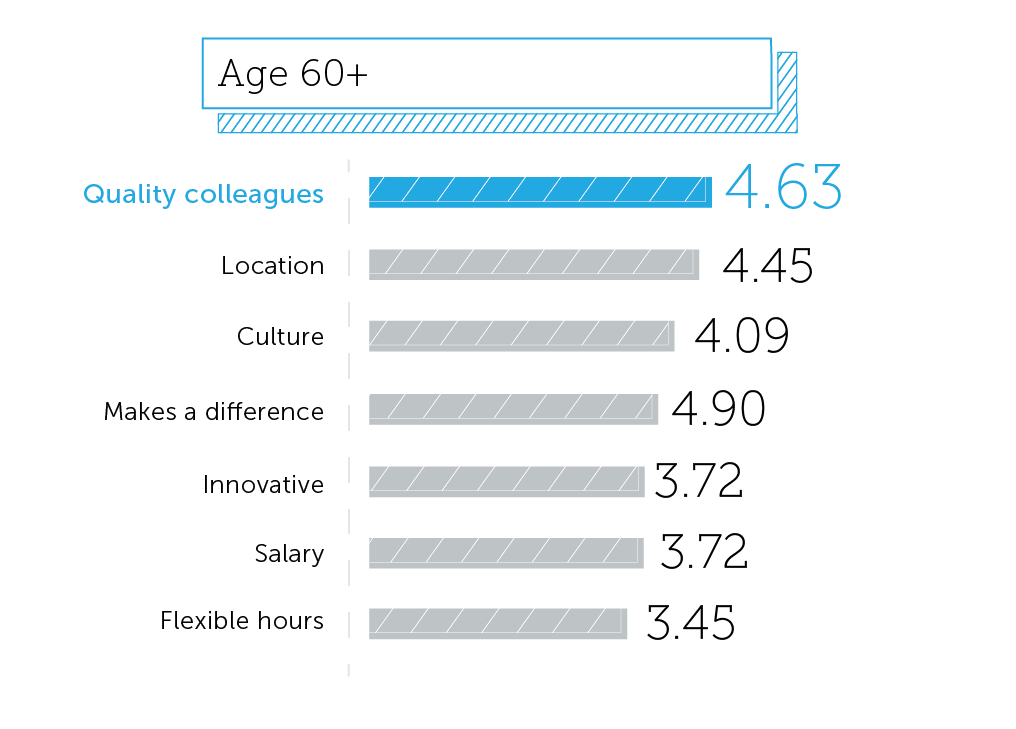 Compared to the larger population, engineers and designers share the desire to time travel and fly.

Different from the larger population, engineers and designers desire superhuman intelligence as the #2 ranked super power. 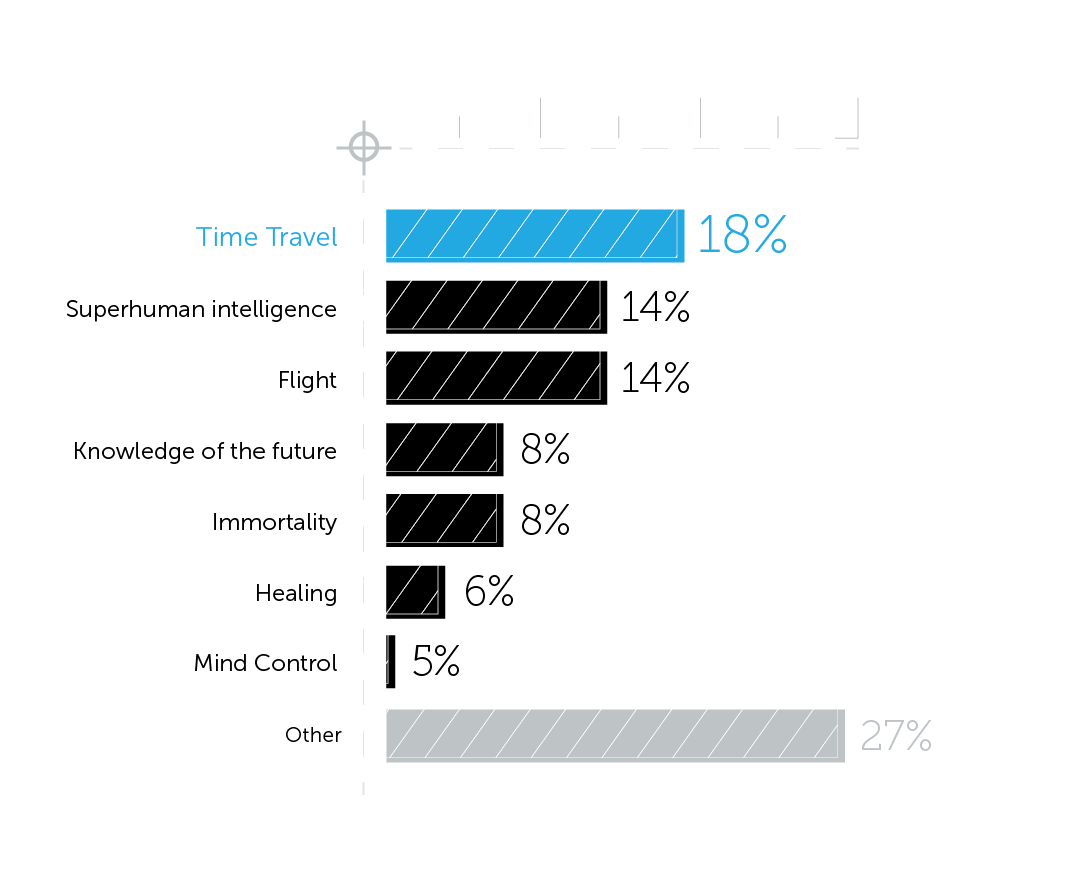 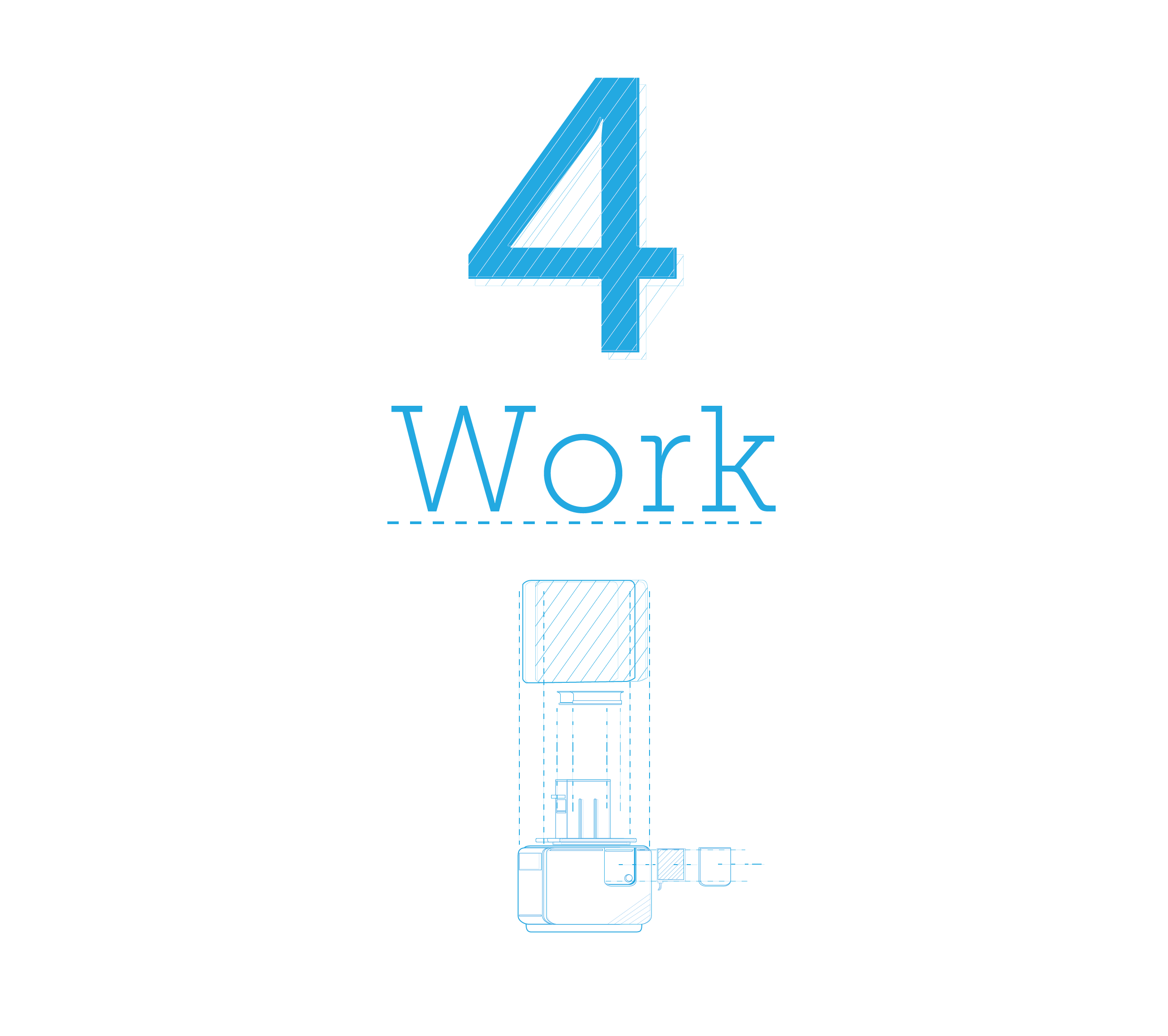 For this question, we asked respondents to rank a set of criteria related to evaluating a new contract manufacturing partner. The values here show the weighted average scores. 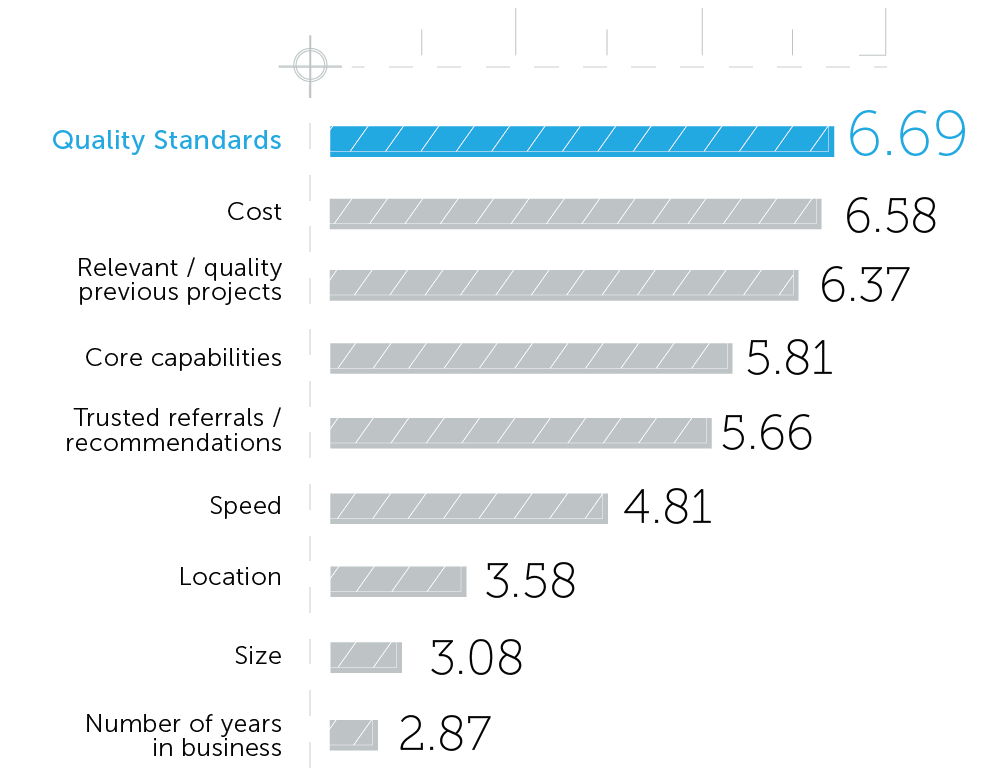 We asked respondents to tell us their top challenge faced at work. Across all fields, completing projects in time ranks #1. 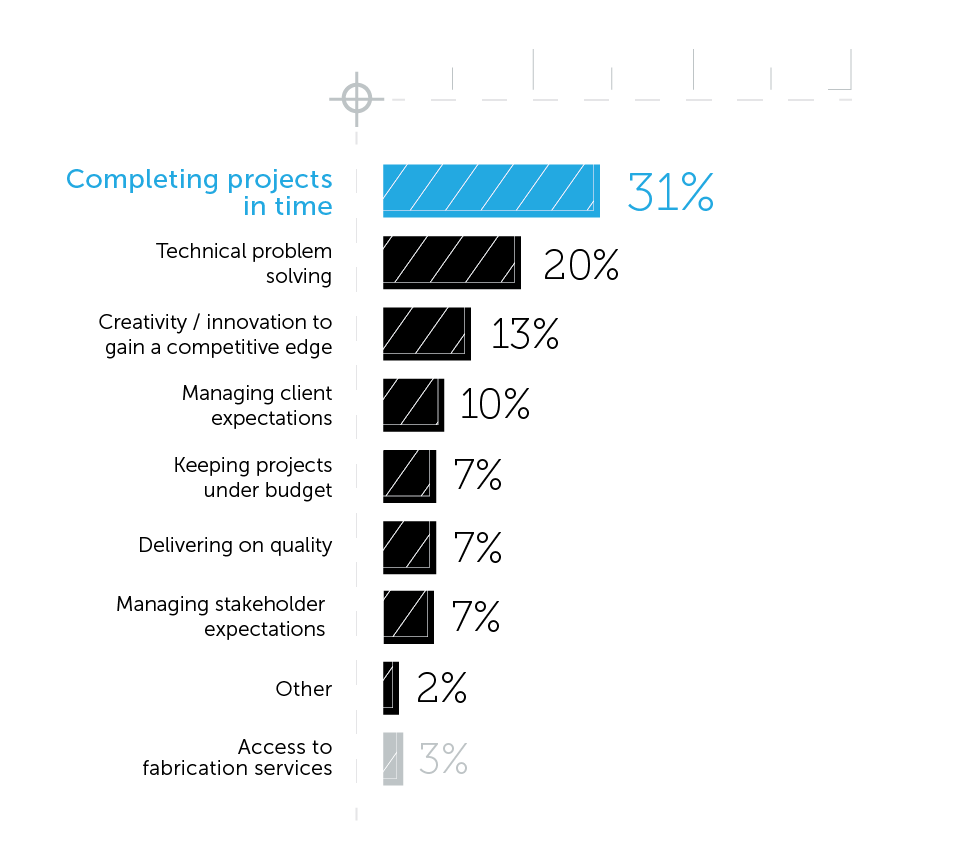 "Time management is the top challenge for engineers & designers. Makes sense that time travel is the top super power."

Where Engineers & Designers Spend Their Time

While the range of work could vary wildly, both designers and engineers focus most of their time designing in CAD.

It's no surprise that building physical prototypes often follows next on the list.

Note that the respondents in this survey include engineers and designers from product design firms, which is why “communicating with clients” also ranks highly for certain fields. 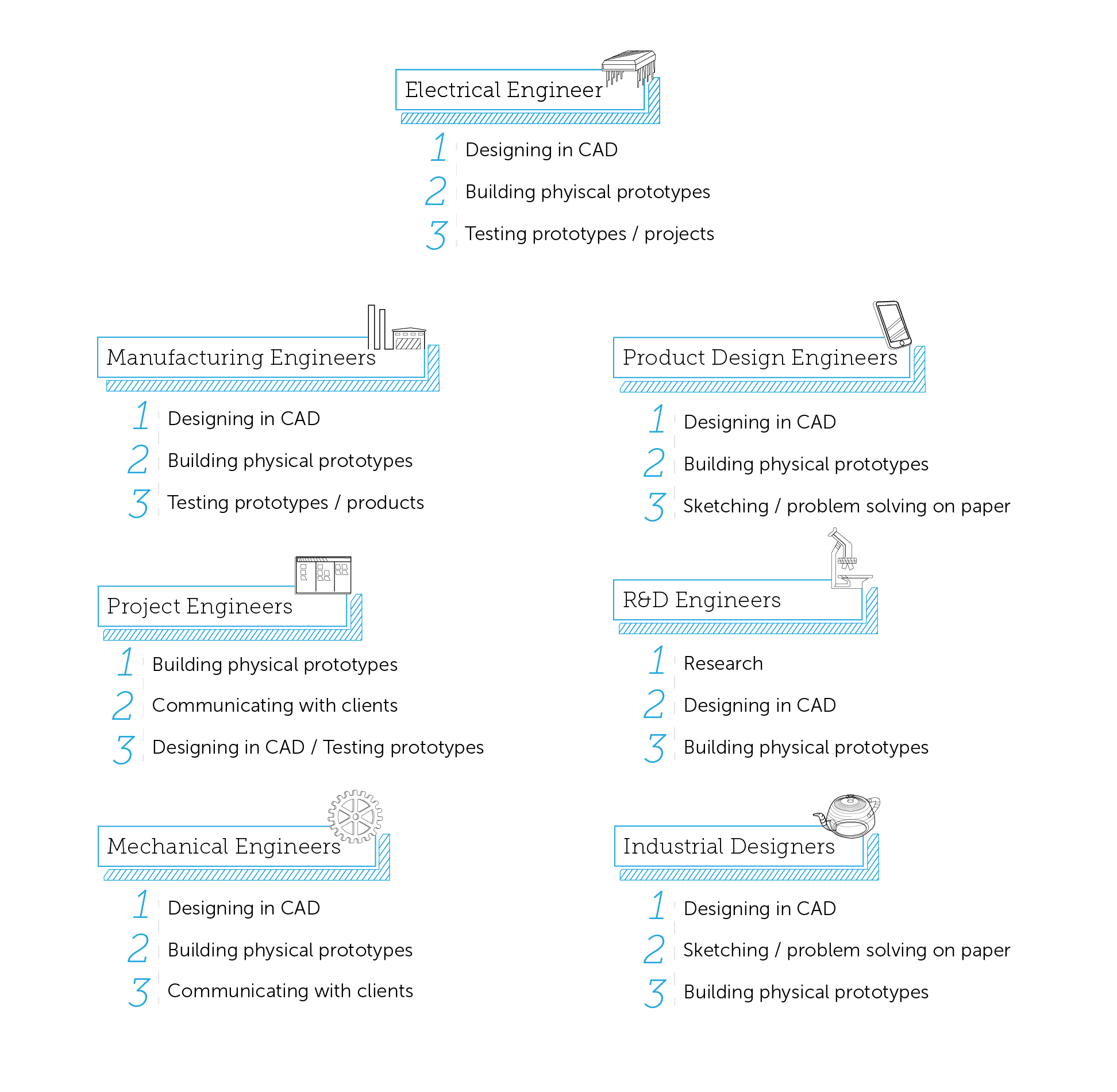 You can download and save the full PDF version of this report here:

Fictiv is transforming how teams design, develop, and deliver the next generation of hardware products.

Fictiv’s manufacturing platform is the most efficient way to fabricate 3D printed and CNC machined parts. Get instant quotes, review manufacturing feedback, and manage orders — all through a single service.

Visit fictiv.com to get started. For additional engineering resources, visit our Hardware Guide at fictiv.com/hwg.

Big thanks to the following partners for helping to make this report possible!